Dr. Costello on the Future of Isatuximab in Relapsed/Refractory Multiple Myeloma
OncologyLive > Vol. 19/No. 22 > 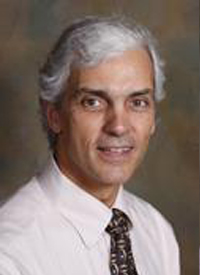 Thomas G. Martin, MD
During the past decade, there have been dramatic improvements in outcomes for patients with multiple myeloma, with many more achieving an increased depth of response, complete remissions, and longer progression-free survival (PFS) and some even being cured. However, the majority of patients ultimately relapse, which continues to pose a significant challenge.

Until recently, the standard treatment for relapsed multiple myeloma has been lenalidomide (Revlimid) plus dexamethasone (Rd) or bortezomib (Velcade) plus dexamethasone (Vd).1 However, many new agents have been recently approved for relapsed disease, including carfilzomib (Kyprolis), ixazomib (Ninlaro), panobinostat (Farydak), elotuzumab (Empliciti), daratumumab (Darzalex), and pomalidomide (Pomalyst).1 Results from recent randomized studies have shown greater benefit with a triplet regimen that adds 1 of these newer agents to Rd or Vd.1,2
... to read the full story
To Read the Full Story
REGISTER
LOG IN