Dr. Bardia on the Potential Impact of COVID-19 on Immunocompromised Patients

The Adoption and Choice of Biosimilars

An Overview of Biosimilarity
OncologyLive > Vol. 20/No. 10 >

Proton Therapy: A Path to Improved Outcomes and Quality of Life 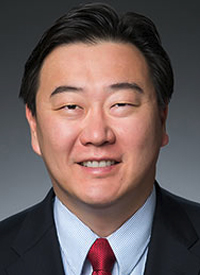 Proton therapy is one of the most technologically advanced radiation modalities available today. Its unique ability to spare healthy tissue while delivering curative radiation doses to tumors results in fewer adverse events (AEs) and better quality of life for patients. Used in the United States for decades, proton therapy is now available at 29 centers across the country, making this promising treatment available to many more patients than just a few years ago. According to the 2018 Annual Survey of The National Association for Proton Therapy, the number of patients treated in 2016 was 70% higher than in 2012, the first year of the survey,1 and the 2018 total was still around 15,000 patients, according to a professor of radiation oncology at Massachusetts General Hospital.2

Despite this growth, proton therapy remains controversial. How the therapy is perceived has a lot to do with this. Historically, the cost for developing a proton center reached 0 million.3 Today, due to smaller economic footprints, technological advances, and vendor competition, facilities cost much less, ranging from million to 0 million, depending on the number of treatment rooms.4 Although development outlays have decreased, treatment costs remain higher than for conventional radiotherapy, fueling a debate about whether the benefits justify the costs.

A Closer Look at the Controversy

Critics contend proton therapy unnecessarily increases treatment costs and the evidence base for its use remains unclear.4 However, the results of several credible clinical studies demonstrate real benefits to patients in many cancers. Studies cited by critics largely depend on claims-based data from which investigators made inferences regarding outcomes and toxicities. Although useful at times, claims-based data do not always reflect what actually happens to the patient clinically and should not be used for clinical decision making.