Dr. Putcha on the Utility of Blood-Based Assays in CRC
TAS-102 Plus Bevacizumab Is Potential New Option in Refractory mCRC
Related Videos 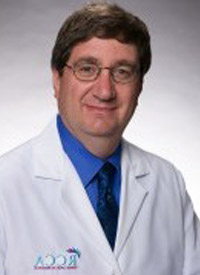 Stuart L. Goldberg, MD
Between 2013 and 2017, just 40% of patients with metastatic colon cancer (mCC) received guideline-recommended biomarker testing that could have improved treatment decisions, according to findings from a retrospective study. Results also showed that adherence to evidence-based recommendations for genotyping was poor in academic and community settings alike.1

“Our study demonstrates that many patients who would be eligible for genomic profiling that would direct their care are not getting the appropriate testing,” study coauthor Stuart L. Goldberg, MD, said in an interview.

Although National Comprehensive Cancer Network (NCCN) guidelines recommend RAS, BRAF, and microsatellite instability (MSI)/mismatch repair deficiency (dMMR) testing for all patients with metastatic colorectal cancer (mCRC), among the study’s 1497 patients with mCC, a subset of mCRC, the testing rates were 41%, 43%, and 51%, respectively. Of note, patients were more likely to have testing performed if they were treated at an academic center versus a community center (44% vs 29%; P <.001). However, testing rates for all biomarkers were suboptimal at both. Most patients (1152; 77%) were evaluated at an academic center.1