Opening the Door for Novel Therapies in Triple-Negative Breast Cancer

Dr. Kalinksy on pCR as a Surrogate Marker for EFS in TNBC

Dr. Dawar on Challenges With Neratinib in Metastatic HER2+ Breast Cancer
OncologyLive > Vol. 20/No. 6 >

For This Giant of Cancer Care, a Holistic Approach Was Always in the Treatment Plan 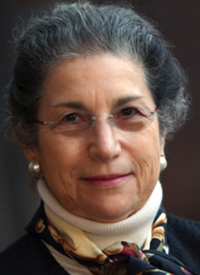 Patricia A. Ganz, MD—Patti to her friends and colleagues—sees herself as positive minded. “As an oncologist, you have to be very optimistic,” she said. Her mother used to say that everything turns out for the best, and this same philosophy has served Ganz well during a career spanning 4 decades.

She has been a faculty member of the David Geffen School of Medicine at UCLA since 1978 and the UCLA Fielding School of Public Health since 1992. Currently she is director of the Center for Cancer Prevention and Control Research at the Jonsson Comprehensive Cancer Center (JCCC) at UCLA.

Although she worked in a pediatric cardiology laboratory at UCLA during summer breaks in college, Ganz correctly anticipated that her career focus would be on adults, largely as a result of exposure to her father’s practice in occupational medicine for workers in the industrial area of Los Angeles. She briefly considered becoming a cardiologist. However, when she became a first-year resident in the 1970s, a dynamic new chief of hematology and oncology served as her attending physician and sparked her interest in this exciting field.

“It was that experience that made me think, ‘This is a whole new field. Maybe I’ll do a fellowship in this.’”

Growing up in Los Angeles, Ganz had a broad range of service-oriented interests and no shortage of role models.

Nevertheless, after high school, Ganz attended Radcliffe College and was a member of a class of 300 women who, in 1969, were the last to graduate separately from Harvard University. In the all-female class, Ganz was “surrounded by bright women.” Ganz said that she never would have thought of going to medical school were it not for the women in classes ahead of her who inspired her.

Ganz completed her training in internal medicine and hematology and oncology at UCLA Medical Center from 1973-1978, also serving as chief resident in medicine. In her first faculty appointment, Ganz was given the opportunity to start a hospice at a UCLA-affiliated Veterans Affairs (VA) hospital. We created a ward that wasn’t just for people in the last few months of life. We were taking care of a spectrum of patients.”
... to read the full story
To Read the Full Story
REGISTER
LOG IN