Dr. Tagawa on Preliminary Data With 225Ac-J591 in mCRPC

Dr. Armstrong on the Rationale of the PROPHECY Trial in mCRPC 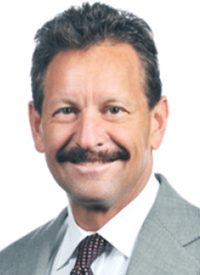 Prostate cancer is the most prevalent solid tumor in men over 50 years of age and the second-leading cause of cancer-specific mortality in the United States today. It was estimated that in 2018 alone, 165,000 men would be given a diagnosis of prostate cancer and more than 29,000 men would die from the disease.1 Most cases are localized at the time of diagnosis, but de novo metastatic disease is on the rise and may represent 4% of initial presentations. The median ages at diagnosis and death are 66 and 80 years, respectively. The statistics are worse for African American men, who are nearly twice as likely as Caucasian men to develop prostate cancer and more than twice as likely to die of the disease.2 In addition, African American men with prostate cancer are more likely than Caucasian men (7.3% vs 2.2%) to have mutations in the DNA repair genes BRCA1 and BRCA2 and thus experience more aggressive prostate cancer with a shorter time to metastasis.3 Estimates vary, but 20% to 30% of all men treated for localized disease develop biochemical recurrence and eventually progress to terminal metastatic castration-resistant prostate cancer (mCRPC).4
... to read the full story
To Read the Full Story
REGISTER
LOG IN