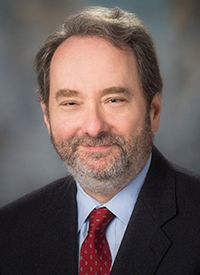 Robert Orlowski, MD, PhD, remembers the first patient with myeloma ever treated with bortezomib (Velcade), then known as PS-341, as part of a trial that he designed and was leading at the University of North Carolina at Chapel Hill. Decades earlier, his own father had conducted the laboratory research that laid the scientific groundwork for the development of bortezomib.

The patient traveled regularly from South Carolina, with relatives, making a 10-hour roundtrip each week to receive a then-unproven treatment. Orlowski recalls the patient and her family as kind, down-to-earth people. Seeing their sacrifice and great faith to make that journey, and to persevere in the face of a terrible disease, filled him with great gratitude and humility. That experience, perhaps more than any other, especially inspired him to pursue innovation in myeloma.

Treating this first patient, and many others, gave Orlowski great insight into how privileged he is
to be in a position to help cancer patients, and how strong others can be in the face of adversity. Watching his parents, both physicians who worked to help others, was the inspiration that drove him to go into medicine. They, too, remain among his strongest motivators to make a positive impact on patients’ lives, as is his wife, Carol, an oncology nurse practitioner. 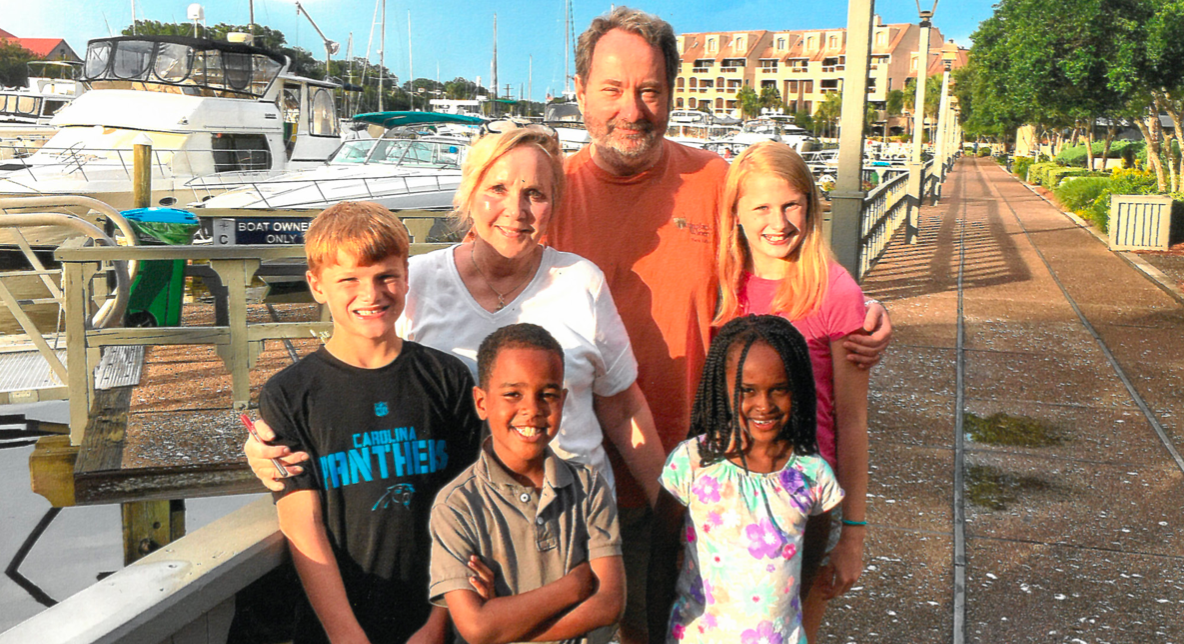 Robert and Carol Orlowski with her niece’s children, from left: Preston, Caleb, Meron, and Lyndon Cock.

“A big inspiration for me was to try to live a life that would make a difference for other people,” he said. “The reason I was attracted to cancer is that
it was an area at that time, and I think still now, where the laboratory and the clinic were very close together. It was a lot easier [in cancer, vs other specialties] to learn something in the laboratory and take it to the clinic, and vice versa, and to use science to make a real difference for people.”

Orlowski will tell you that his journey in medicine began with his mother and father, Jadwiga Uczkiewicz, MD, and Marian Orlowski, MD, respectively. They were born and raised in Poland while the country was still under the influence of the Soviet Union. Under the Communist system, and based on testing and their interests, his parents were both admitted into medical school, where they met and fell in love.

“However it was that [the authorities] made these determinations, they helped steer my mom in the direction of medical school. It was a time when, ironically, had she been here in the United States, it would have been a much greater challenge for her to go to medical school. Women here with an interest in medicine, I think, were often steered in the direction of nursing, and becoming a physician was often not an option for them,” Orlowski said. “If not for that system, my parents would have probably never met, and I wouldn’t be here talking to you. Or you’d be here talking to somebody else who worked on bortezomib.”

Orlowski’s mother worked in rehabilitation medicine with a focus on spinal cord trauma
and paralysis, while Marian Orlowski focused on laboratory research. The older man’s work would later figure heavily into his son’s career. 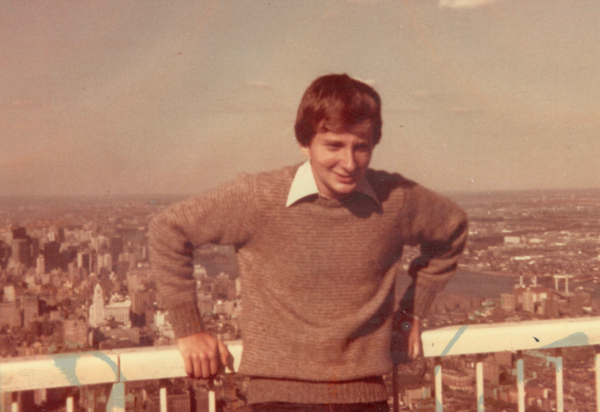 A young Orlowski visiting the Observation Deck of the World Trade Center. The family would often visit the sights around New York City.

The family settled in Wrocław in the southwest of Poland—formerly the German city of Breslau— but they didn’t stay long. Due to a shortage of doctors in the United States, the Orlowskis left Poland to pursue opportunities in America. Robert was 6 years old when his family moved to New York City.

Medicine From Father to Son

Marian Orlowski, in collaboration with his colleague Sherwin Wilk, PhD, was the first to discover the proteinase complex that would come to be known as the 20S proteasome. The pair would also develop
the first proteasome inhibitors, describe the different proteolytic activities of the proteasome, and name these with a system that is still used today.

The younger Orlowski was in his postdoctoral fellowship at Johns Hopkins when his mentor, Chi Dang, MD, PhD, assigned him to an experiment. That project failed, but it inspired a better idea that connected to his father’s work. “I became interested in the proteasome and its inhibitors and the oncogene c-MYC,” Orlowski said. “So I called up my Dad and said, ‘Hey, send me some of this inhibitor that you made.’ ”

The younger Orlowski administered his father’s invention to tumor cells and in a mouse model of lymphoma, and found that the cells died much more rapidly than any normal cells. This inspired his interest in proteasome inhibitors as possible drugs to treat patients with blood-related cancers. That led him to the University of North Carolina at Chapel Hill, where he was able to perform the earlier described studies that showed the activity of bortezomib in both myeloma and mantle cell lymphoma (MCL).

He recalls that this first patient, the fourth overall to enter the trial, “went into a complete remission which, back then, was very unusual. We didn’t have as many wonderful drugs then as we do now.” 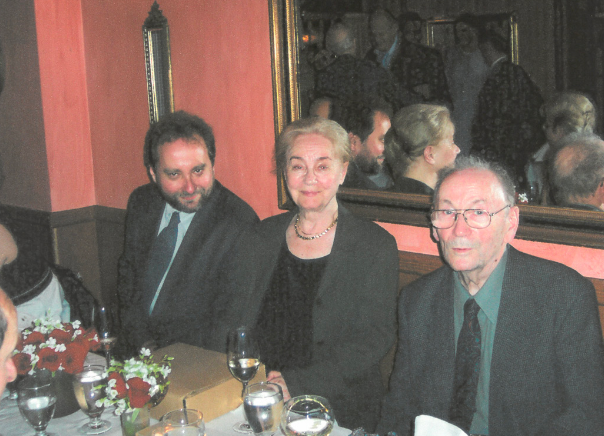 The FDA approved the agent in 2003 for the treatment of patients with multiple myeloma following at least 2 prior therapies and disease progression on the last therapy. The agency expanded bortezomib’s indication to include patients with newly diagnosed myeloma in 2008.

“It’s definitely made a huge difference, because the survival in myeloma over the past 10 to 15 years has doubled to tripled,” Orlowski said. “We still have a ways to go because we’re not yet curing everyone, but we’ve definitely improved their time in remission, their survival, and their quality of life.”

Orlowski has contributed to the development of other novel agents including carfilzomib (Kyprolis), elotuzumab (Empliciti), and daratumumab (Darzalex), which have all prolonged progression-free survival and overall survival in patients with multiple myeloma. Carfilzomib, for example, first won FDA approval in 2012 for the treatment of patients with relapsed or refractory multiple myeloma who have received at least 2 prior therapies, including bortezomib and an immunomodulatory therapy.

Later work in Orlowski’s laboratory focused on identifying new genes and pathways that contributed to myeloma cell growth, aggressiveness, and drug resistance. Examples include studies on ZKSCAN3 (zinc-finger with KRAB and SCAN domains 3), a gene activated by myeloma cells that contributes to their growth, and TJP1 (tight junction protein 1), a gene that contributes to proteasome inhibitor resistance. This research may help investigators further understand which patients will respond to certain therapies, or who will fare better with other treatments based on such insights.

Current research in Orlowski’s lab involves heat shock protein 70, or HSP70, which is activated
in many tumors as part of the process of cancer formation. Recently, he and his colleagues observed promising activity of immune approaches to target HSP70 in models of multiple myeloma, lymphoma, and other cancers. Study data support the possibility that antibodies targeting several different forms of HSP70 could be attractive drugs, both by directly killing cancer cells, and also by stimulating the patient’s own immune system.

Orlowski and 2 colleagues—Ronald A. DePinho, MD, past president of The University of Texas
MD Anderson Cancer Center (MD Anderson), and Richard J. Jones, PhD, an Assistant Professor in the Department of Lymphoma & Myeloma at MD Anderson—have cofounded Asylia Therapeutics with the aim of humanizing the HSP70 antibodies and bringing them to clinical trials.

“It would be incredible if these could make a difference, and help even more cancer patients than we have been able to benefit so far,” Orlowski said.

Orlowski mentioned that, while he entered medicine, he had also enjoyed astronomy and archaeology. He was fascinated by the stars and the sky, and he would eagerly read stories about these fields and others in Scientific American magazine. However, although he found them gripping, most of the studies were observational, and the opportunity to perform experiments that changed the conditions to see how the systems reacted was not then present. Ultimately, he spent summers in college working in his father’s laboratory, wanting a more tactile experience with science. “I wanted to get in there and get my hands dirty, doing experiments, just because I grew up that way,” he said. “I joke that people know about lab rats, [but] I was the lab brat.”

“I really wanted to get in there and understand why cells turn cancerous and how that information can be used against them to kill them. That’s
what kind of made me excited to get up in the morning. And actually, I still feel that way after
all these years.”

Orlowski enjoys traveling across the world with his wife, Carol, whom he met at Johns Hopkins. Together, they have traveled throughout the United States and to Europe, Africa, Asia, and South America. He and Carol will often use conferences as starting points around which to build vacations. His fascination with archeology has inspired many of their travel destinations, including a trip to Turkey to explore the purported site of the legendary city of Troy. They’ve also visited Athens and the Parthenon atop the Acropolis in Greece; Crete, home to the ancient Minoans; and spots including the Vatican, the Colosseum, and the Pantheon in Rome, Italy. Orlowski mentioned that, when he and his wife are ready to travel again after the pandemic, they would love to get back to Italy to visit Pompeii, and to travel to Egypt to see the Valley of the Kings, the Valley of the Queens, and the River Nile.

The couple tries try to experience the local culture as much as possible when traveling, including trying new foods, learning phrases of the language, and talking to locals. On one vacation, after attending a medical meeting in Hungary, they used their time to shop the foods and the local vineyards. On their last day, they purchased 12 bottles of wine and a salami.

“Like a dutiful citizen, when it came time to fill out the customs declaration form at the airport,
I [wrote] down wine and I [wrote] down salami,” Orlowski said. “We were coming through customs in Houston and it was lunchtime. They said, ‘Oh, salami—you can’t [bring in] the salami.’ So, they language, and talking to locals. On one vacation, after attending a medical meeting in Hungary, they used their time to shop the foods and the local vineyards. On their last day, they purchased 12 bottles of wine and a salami. took our salami, which I think was because they were hungry, and completely ignored the fact that we had, like, 12 bottles of wine in the suitcase.”

“It was heartbreaking,” Carol added, while laughing.