A Life Redirected: Pursuing a Nursing Career After Osteosarcoma

In the summer of 2010, 20-year-old physical therapy student Hannah Komai was diagnosed with low-grade osteosarcoma after an incisional biopsy.

She then began eight rounds of chemotherapy with ifosfamide (1800 mg/m2/day), doxorubicin (37.5 mg/m2/day), high-dose methotrexate (12 g/m2), and cisplatin (60 mg/m2/day) along with occupational and physical therapy (PT). The hospital’s child life specialist and psychologist helped Hannah prepare for treatment and deal with the implications of her diagnosis.

After definitive resection and reconstruction with insertion of a metallic endoprosthesis the following October, pathology revealed negative margins but only 80% tumor necrosis (versus the optimal ≥90%), indicating the need for additional treatment. Resumption of chemotherapy was delayed by a reaction to suture material, requiring treatment of knee cellulitis with IV antibiotics, followed by two surgical wound revisions.

Hannah resumed chemotherapy later that autumn, undergoing 16 cycles with the agents administered preoperatively, with the addition of etoposide (100 mg/m2/day x 5 days) administered with ifosfamide (2800 mg/m2/day x 5 days or 1800 mg/m2/day). She continued with outpatient PT until she was able to walk without intense pain. She was initially followed with blood work every 2 months, and chest CTs, bone scans, and whole-leg x-rays every 3 months. Now age 22, Hannah is learning to deal with the limitations and chronic daily pain she attributes to her reconstructive surgery and, in particular, her endoprosthesis. She has recently graduated to twice-yearly evaluations and is currently cancer-free.Osteosarcoma is a highly aggressive neoplasm and the most common primary malignant bone tumor in children and adolescents. As recently as the 1970s, surgery alone or with radiotherapy typically produced 5-year overall survival rates of only 15% to 20%. Adding pre- and post-resection multi-agent chemotherapy has enabled long-term survival in approximately 60% to 70% of cases.1

“In my experience, the presence or absence of metastasis is the most critical prognostic indicator in these patients,” notes pediatric oncology/ hematology/bone marrow transplant nurse II Molly Lambert, RN.

The chemotherapy agents used to treat Hannah are those shown to be the most effective for osteosarcoma. Hannah was treated as an inpatient. She was discharged between rounds when symptoms, such as pain and nausea, were sufficiently controlled, and readmitted for each subsequent round of treatment when her blood counts had recovered sufficiently, sometimes needing 10 to 14 days between treatments due to immune suppression—related fever and infection. During the weeks Hannah received methotrexate, IV fluids and the rescue drug leucovorin were administered to ensure that the drug had cleared her system prior to discharge.

Lambert explains that adverse effects are common and numerous with these agents, and include nausea and vomiting from the ifosfamide and doxorubicin, often managed with ondansetron, diphenhydramine, lorazepam, and sometimes dexamethasone. Other adverse effects include constipation or diarrhea, infection-related neutropenia, and mucositis, which is prevented and managed with scrupulous oral care.

Hannah initially tolerated her chemotherapy well but recalls unrelenting constipation that was especially uncomfortable despite dietary changes and medications. As treatment progressed, her once-mild nausea became “unbearable” despite pharmacologic treatment. For 6 to 8 months after completing treatment, Hannah continued to experience severe nausea daily, and finally found relief with the oral antidopaminergic domperidone, which she continues to take along with esomeprazole.Today, Hannah is working on her prerequisites for nursing school—a change inspired by her nurses. “I once had 27 visitors in a single day,” she says, “but it was the relationships with my nurses that really pushed me through.”

“Reinforcing the need for treatment compliance is especially critical in patients of Hannah’s age,” says Lambert. “We tried our best to establish trusting relationships that would motivate Hannah, especially during the difficult times. This involved giving her as much control and as many choices as possible, and also involved a great deal of education to ensure that Hannah could be an active and informed participant in her care while remaining as independent as possible.”

Hannah realizes that recurrence and late metastasis remain sources of concern for the first 12 to 35 months after diagnosis, but are rare after 5 years. “It’s been a rough road,” she says, adding that the loss of several fellow patients is what has been most difficult. “In the end, you learn who your true friends are, and what’s truly important in life.”

Laura Bruck is a freelance writer and editor based in Cleveland, Ohio. She has specialized in healthcare reporting since 1987. 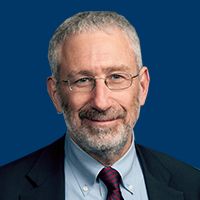 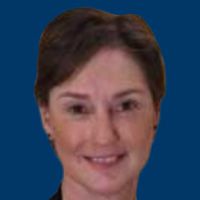 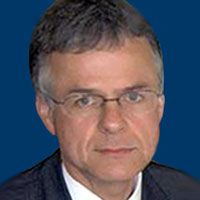 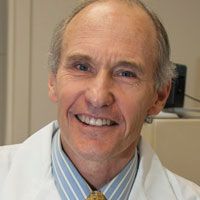