John D. Minna, MD, who helped establish the first tumor lines and discover the c-Myc oncogene in lung cancer, was honored in the Lung Cancer category with a 2015 Giants of Cancer Care award, a program that OncLive launched to recognize leaders in the field.

For many physicians, regardless of specialty, the decision to pursue a medical career is made in childhood. For John D. Minna, MD, whose father had the largest family practice in San Diego and whose mother was the nurse who ran the office, his career path was cemented by the 500 house calls he went on with his dad when he was growing up. His career choice was a foregone conclusion.

During the course of his studies at Stanford University School of Medicine, Minna found himself in the clinical and research laboratories of Henry S. Kaplan, MD, Saul A. Rosenberg, MD, and Leonard A. Herzenberg, PhD. They took Minna under their collective, and rather expansive, wings.

Kaplan was a pioneering radiologist and radiobiologist. Together with Edward Ginzton, they invented the first medical linear accelerator in the Western hemisphere. Rosenberg was a pioneer in lymphoma research. Herzenberg, in the Department of Genetics, was best known for developing and collaborating with his wife, Leonore, on the fluorescence-activated cell-sorter (FACS).

These were Minna’s mentors, and their effect on his medical career set the stage for his future endeavors in lung cancer.Today, Minna serves as the director of the Hamon Center for Therapeutic Oncology Research, The Moncrief Center for Cancer Genetics, and co-director of the Experimental Therapeutics Program for the recently National Cancer Institute (NCI)-designated Harold C. Simmons Comprehensive Cancer Center, at the University of Texas Southwestern Medical Center. It is the only NCI-designated comprehensive cancer center in north Texas.

His research career began after he graduated from medical school and entered an intern and residency program at Massachusetts General Hospital (MGH), where he learned aspects of clinical medicine and made friendships that inspired his future work.

“It was amazing—the other interns and residents I was with. They turned out to be many of the future leaders of clinical medicine in the United States,” Minna said.

Following his time at MGH, he went on to the National Institutes of Health (NIH), as part of the United States Public Health Service, and joined the laboratory of Marshall Warren Nirenberg, PhD, the Nobel Prize-winning biochemist who had just cracked the genetic code. Coincidentally, also working in the same laboratory were other young postdoctoral fellows who would go on to become famous scientists and Nobel Prize winners, Alfred G. Gilman, MD, PhD, and Joseph Goldstein, MD.While he was conducting research in Nirenberg’s department, Minna also discussed his interest in cancer, developed during his tenure at Stanford Medical School, with Vincent T. DeVita Jr, MD, a 2013 Giants of Cancer Care award winner for his groundbreaking work in lymphoma, and his need to get more training.

“And then came a totally lucky break for me: Vince offered me a job almost on the spot—running the NCI Veterans Administration Medical Oncology Branch. Of course, I jumped at the chance, but I knew I needed a lot of help.”

DeVita suggested that Minna approach Paul A. Bunn Jr, MD, a 2014 Giants of Cancer Care winner in lung cancer, and Daniel C. Ihde, MD, who were just finishing their oncology fellowships. These two, along with Martin Cohen, MD, Mary Matthews, MD, and Desmond N. Carney, MD, PhD, taught Minna how to conduct clinical research. It was this group that focused primarily on lung cancer research.

Another major person in the equation was Eli Glatstein, MD, who had just come from Stanford University. He and Minna were both disciples of Henry Kaplan, and they formed a strong bond in clinical trials research at the NCI.

“Can you believe how lucky I was?” said Minna. “Here I am, in a brand new job with huge clinical research responsibilities, and I have Paul Bunn, Dan Ihde, Martin Cohen, Mary Matthews, and Eli Glatstein, not only on my team, but teaching me every step of the way.”The laboratory research portion of Minna’s work, which had been focused on genetics in general, now switched to genetic studies of lung cancer specifically.

“Again, I realized there was no way I could do this alone, especially with all of the clinical responsibilities that came with the position. Fortunately, I had a great collaborator and pathologist, Adi Gazdar, MD, who was already part of the NCI and famous for his work on tumor viruses.”

Minna approached Gazdar to “roll the dice and tackle something entirely new” to set up a genetic studies lung cancer branch at NCI.

“The two of us have worked on the lung cancer problem side-by-side for the past 40-plus years.” But back then, “there were no tumor lines. There were, at most, one or two lines in the whole world.”

When patients with lung cancer started walking into the medical center, Minna said, “Let’s take all of these patients, get them biopsied, and we’ll start tumor lines.” And this was the work he set out to do with Gazdar, which has lasted to this day. The idea was initially met with skepticism back then, but today, “we have whole genome sequences of lung cancer.” During his years at the naval medical center, from 1975 through 1981, these tumor lines became the basis for most of the preclinical research that has gone on in the field of lung cancer.

The tumor lines are now used frequently by thousands of investigators around the world. It might have been a case of being in the right place at the right time, but “those lines had some of the first EGFR mutations that were known. The 10 or so lines that we collected turned out to be the pivotal resources that were used to prove that sensitivity to EGFR could be used in preclinical models to lead to targeted therapies.”

Given that more than 60% of non—small cell lung carcinomas overexpress EGFR proteins, it has become an important therapeutic target for the treatment of lung cancer tumors. Minna and his fellow researchers did not squirrel away the lung cancer tumor lines, though. Their objective was always to make the lines accessible to every researcher around the world in order to facilitate collaboration, corroboration, and sharing of resources.

“There was a very free give-and-take exchange that occurred. It wasn’t just me that set the tone for that. We always understood that the real enemy was not each other, but the disease.” Couple this with a desire to nurture research ideas through teaching younger researchers or fellows and you have a potent combination of objectives. These dual objectives, to freely share resources and to teach, are the most important things Minna believes that he has accomplished in his storied career. “I’ve been involved in the training of all these people who have gone into lung cancer translational research.” His list of collaborators, students, and fellows is a veritable “Who’s who?” in lung cancer research, many of whom consider Minna a mentor and a friend.

That extensive collaboration proved beneficial, especially when working with lung cancer tumor lines, which proved very hard to grow, said Minna. “It turns out that lung cancer cells would often float. The cells would be discarded when the media they were growing in was changed.”

Minna was familiar with the work of Gordon H. Sato, PhD, a cell biologist who first attained prominence for his discovery that polypeptide factors required for the culture of mammalian cells outside the body are also important regulators of differentiated cell functions.

“Sato had the idea that you could take and grow cells in completely defined media and add in growth factors. This was better than using serum. We started doing that with lung cancer, and it turned out that you could inhibit the growth of tumors early on.

“I had heard and discussed this idea with Gordon, so the first time an opportunity presented itself, we took some patient specimens out and put them in defined media. We tried several different combinations and all of sudden we saw things grow that we hadn’t seen before,” said Minna.One benefit of being regarded among your peers as someone who shares discoveries and advances without regard for career advancement is that it can result in fortuitous conversations that can move research forward. Minna recalled the use of the Southern blot, a method implemented in molecular biology for detection of a specific DNA sequence in samples from lung cancer tumor lines and noted the amplification of the MYC gene. Further research resulted in the discovery of other MYC gene family members: N-MYC and L-MYC.

As these discoveries were made, Minna received a phone call from J. Michael Bishop, MD. Bishop is best known for his Nobel-winning work on retroviral oncogenes. Working with Harold E. Varmus, MD, in the 1980s, Bishop discovered the first human oncogene, c-Src. Bishop had been studying childhood lymphoblastoma and neuronal-like neuroblastoma, in particular, a gene that appeared to be amplified. Before Bishop could say anything further, Minna asked, “Any chance this is related to MYC?”

Minna said the silence on the other end of the phone was deafening. Bishop asked him, “How did you know that?”

“I’m looking at this blot in lung cancer, and there’s an amplified gene that exhibits those very same characteristics,” said Minna.

Looking back on the conversation, Minna said, “It was one of those things where suddenly you knew it had to be true. That kind of discovery results from the sharing of information and data, and that led to the eventual identification of that gene.”

Their objective is to discover all of the acquired vulnerabilities in lung cancer and their associated predictive molecular signatures to provide a new functional classification of lung cancer and rational therapeutics for all new patients with lung cancer. Minna is optimistic about the future. “It’s clear that we now have a whole new case of treatments that could have a therapeutic window with high specificity. If we can figure out how well these new, potential treatments do, that’s how I want to be remembered, and that’s how I’m going to ride off into the sunset.” 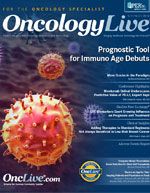