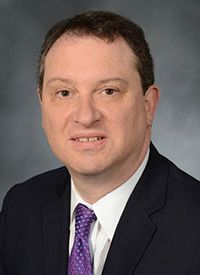 Median values had yet to be reached for duration of response (DOR), event-free survival (EFS), or progression-free survival (PFS) in the 134-patient cohort. The estimated 45-month EFS and PFS were 58% and 62%, respectively.

“These updated results confirm the earlier reports of acalabrutinib efficacy for the treatment of CLL in an expanded cohort of patients and provide additional data on DOR and long-term safety,” Richard Furman, MD, Weill Cornell Medicine, and colleagues concluded in a poster presentation.”

As previously reported, acalabrutinib led to objective responses in 90% to 95% of patients. Adverse event (AE) rates decreased in frequency over time, and no long-term safety issues emerged.

“Overall, the long-term data from the ACE-CL-001 study solidify the favorable efficacy and safety profile seen in [other] studies, which led to the approval of acalabrutinib in CLL,” the investigators added.

The findings came from the first-in-human ACE-CL-001 trial of acalabrutinib in patients with relapsed/refractory CLL. Eligible patients had received at least 1 prior regimen for CLL. Patients with an increased risk of clotting or bleeding disorders were excluded, as well as those with major cardiovascular disease or advanced heart failure.

During the dose-finding component of the trial, patients received acalabrutinib doses of 100-400 mg daily. During the phase II component, patients received 100 mg BID or 200 mg QD. The protocol was amended to specify 100 mg BID as the recommended dosage because of laboratory studies showing increased BTK occupancy and better efficacy and safety. Treatment continued until disease progression or unacceptable toxicity.

The primary objective of the long-term follow-up analysis was to evaluate the durability of response and tolerability of acalabrutinib.

The data showed a median treatment duration of 41 months, and 56% of the patients remained on treatment at data cutoff, the investigators reported. The principal reasons for discontinuation were progressive disease (21%), AEs (11%), death (4.5%), and physician decision (4.5%).

Additionally, 13 episodes of atrial fibrillation (AF) occurred in 10 patients, 7 of whom had at least 1 risk factor for AF. Major bleeding occurred in 5% of patients and was grade ≥3 in 3%.

The objective response rate for the 134 patients was 94% with the inclusion of partial response with lymphocytosis (PRL). When response was limited to complete or partial, the overall response rate was 88%. Response rates (including PRL) for high-risk groups ranged between 90% and 95%.