ACOs Rapidly Expand, But Cost and Quality Improvements Lag Behind

The number of accountable care organizations across the country has grown rapidly in the last 5 years, creating opportunities and challenges for oncology practices as they seek to benefit from the organizations’ referral networks, shared-savings programs, and care-improvement efforts. 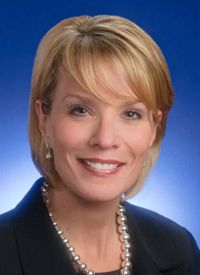 The number of accountable care organizations (ACOs) across the country has grown rapidly in the last 5 years, creating opportunities and challenges for oncology practices as they seek to benefit from the organizations’ referral networks, shared-savings programs, and care-improvement efforts, said Lisa Samerdyke, senior national market manager for oncology at Eli Lilly.

ACOs are organizations of providers that accept joint responsibility for the cost and quality of care for a defined patient population. ACOs tend to focus on improving primary care while also linking patients with specialty care. A few are designed to enroll oncology patients exclusively. They also receive shared-savings payments if they meet a set of benchmarks. CMS created ACO regulations after passage of the Affordable Care Act (ACA); most ACOs cover Medicare patients, but commercial ACOs and Medicaid ACOs are also becoming more common.

The number of ACOs has grown steadily from fewer than 200 in 2012 to more than 800 at present, Samerdyke said during a presentation at the World Congress 4th Annual Oncology Market Access Summit held in Philadelphia in March. As of May 2016, 433 of these ACOs were part of the Medicare Shared Savings Program (MSSP), 9 were Pioneer ACOs, and 18 were the newer Next-Generation ACOs, which take on more risk and can yield greater financial rewards. The total number of Medicare ACOs increased to more than 560 this year, including 121 in risk-bearing tracks.

Samerdyke said there are at least 290 commercial ACOs in 29 states, and 64 Medicaid ACOs in 14 states. Commercial efforts include the first ACO specifically for cancer care, formed in 2011 by Florida Blue (Blue Cross and Blue Shield of Florida), Baptist Health South Florida, and Advanced Medical Specialties, a physician group. The ACO reported per-patient spending decreases in each of its first 4 years, according to an Advisory Board report.1 Florida Blue also set up a second oncology-specific ACO with Moffitt Cancer Center in Tampa.

ACOs designed primarily around oncology are rare, but Samerdyke pointed out that some of the 34 quality measures by which Medicare ACOs are evaluated require them to provide cancer care and collaborate with oncologists. “These ACOs have to make sure they have access to specialists,” she said. For example, patients must be screened for breast and colorectal cancer. Thus, joining an ACO can help an oncology practice establish relationships with primary care doctors and other providers who will refer patients, she said.

Samerdyke said boosting referrals this way may be particularly important for practices that are part of CMS’ Oncology Care Model (OCM) and are looking to recoup the costs of new technology and staff they are adding to meet the program’s requirements. “They’re making a massive investment in dollars to deliver on the OCM,” she said.

Many OCM practices, especially larger ones, are hiring care managers and creating phone triage systems. An ACO is a vehicle for advertising those assets to referring providers and to patients’ employers, Samerdyke said. “If you’re an OCM practice, that [may be] an opportunity to deliver a message back to primary care to say, ‘Hey, look, we’ve got 24/7 access. We’ve got care managers that are engaging with your patients,’” she said. “How are you delivering those messages back to the marketplace?”

Samerdyke noted that a few years ago, care managers worked primarily at insurance companies, but thanks to medical homes, the OCM, and other programs that incentivize care management, they are moving to providers. Payers support the shift because they realize practices are better at working directly with patients. “The insurance companies know, if I’m a complex diabetic and I’m getting a call from my care manager at the insurance company, I’m probably not going to be as honest because I’m really worried about my premium rates. If I’ve got a care manager sitting in my physician’s practice, I can have a much more fluid conversation,” she said.

As in other innovative payment and care delivery efforts, such as patientcentered medical homes, bundled payments, and Medicare alternative payment models (APMs), ACO practices focus on improving the treatment of costly conditions such as diabetes and heart disease. Those providers are creating new kinds of partnerships to address high-profile disease states, Samerdyke said. “In some very developed networks, you’ll have an oncology practice where they will now have an endocrinologist as someone that they can consult with,” she said. “So they’re actually developing these relationships.”

Those relationships can help ACOs manage the risks they take on as part of their agreements with CMS or other payers, but the results so far suggest that much more innovation is needed. Samerdyke said Medicare ACOs have only achieved what she called “modest results” in meeting their cost and quality goals. In 2014, of 353 Medicare ACOs, 55% achieved savings and just 27% received shared-savings payments, she noted. In 2015, there were 392 Medicare ACOs, of which 31% shared in savings.2 In both 2014 and 2015, physician-led and physician-hospital partnership ACOs were more likely to achieve shared savings than hospital system ACOs.

For a number of reasons, hospitals are particularly motivated to use ACOs to cut costs in specialty fields, Samerdyke said. Under the ACA, hospitals are major financial contributors to federal healthcare reform (eg, reduced Medicare payments); in some cases, they are experiencing higher levels of bad debt. They are also seeing lower revenue due to new CMS programs like the Comprehensive Care for Joint Replacement Model, which sets ceilings on payments for hip and knee procedures.

“If our cancer centers or our community oncology practices are now joining with a broader entity, who else is looking at the costs? And what are those pressures to shift those costs, not from the oncologist necessarily, but from an administrator of the ACO?” Samerdyke asked.

Looking to the future, she noted that CMS is working to attract more practices to higher-risk, higher-reward payment models, such as its Next-Generation ACO. Participants in the OCM’s 2-sided risk track and in MSSP tracks 2 and 3 are among those eligible for Advanced APM incentive payments. Another change is the introduction of regional spending trends in benchmarks for MSSP ACOs, which Samerdyke said will make the benchmarks more “realistic.”

She said CMS is also trying to remedy its failure to factor Medicare Part D drug costs into its benchmarks. Many critics consider that exclusion a major flaw in the agency’s effort to promote value-driven care, considering the extent to which pharmaceutical spending increases treatment costs in oncology and other specialties. CMS has said that a number of technical issues make integrating Part D into its payment models a complex project. “CMS is clearly interested in taking a look at that,” Samerdyke said.

She also briefly addressed the prospect of a repeal of the ACA. A repeal could eliminate CMS’ Center for Medicare & Medicaid Innovation, affecting ACOs and other payment models the agency oversees. Whatever happens legislatively, the broader healthcare system has gone too far down the reform path for that progress to be reversed, Samerdyke said. “So many of your commercial payers have bought in and engaged in this space. Think about the dollars that your health systems have invested in this space. My opinion is, we’d be pretty hard-pressed to go backwards because there’s been so much monetary investment in these models.”