Cancer doesnâ€™t discriminate, but that doesnâ€™t mean the healthcare system wonâ€™t. This proves to be even more true for the lesbian, gay, bisexual and transgender community. 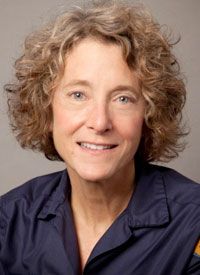 Cancer doesn’t discriminate, but that doesn’t mean the healthcare system won’t. This proves to be even more true for the lesbian, gay, bisexual and transgender (LGBT) community as Liz Margolies, LCSW, the founder and executive director of the National LGBT Cancer Network, demonstrated at the 2016 Oncology Nursing Society (ONS) 41st Annual Congress in San Antonio April 28 to May 1.

As a crowd of oncology nurses filled the room, she drove home the point that LGBT people come to cancer with a different history and therefore a different way of being treated for cancer—their sexual orientation should matter. Some have been shunned by their family and friends for coming out, while others have been bullied at school or work, and some 37% have experienced harassment in a hospital or doctor’s office.

Discrimination like that can lead a person down a dark path of coping behavior such as abusing tobacco, drugs, and alcohol. The stress may also lead to obesity and lower cancer screening rates. All of these behaviors put the LGBT community at high risk for cancer.

“The essence of good cancer treatment is not just skillful surgery, effective chemotherapy, and follow-up care, but it includes the whole person,” said Margolies. “And that means understanding who her support system is, what her sexual orientation is, and what her gender identity is.”

A startling statistic Margolies shared was that 50% of transgender-identifying people had to teach their healthcare professional how to treat them. That could be related to the fact that only five hours of LGBT learning is provided throughout medical school.

The lack of provider knowledge has pushed many in the LGBT community away or even “back into the closet” when it comes to cancer care. When the time comes that they do seek treatment for cancer they are wary at first. For instance, 75% of lesbians delay or avoid healthcare because of the cost, fear of discrimination, or from having a prior negative experience with the healthcare system.

In a video, the audience followed the journeys of three people: Jay Kallio, Jo, and Vanessa. Kallio, identified as a transgender man who has had cancer twice, with this second diagnosis revealing a highly aggressive lung cancer. He believes the cancer was brought on by the stress and exhaustion of fighting his whole life. Kallio hit a new low when he was turned away from a doctor after he revealed he was transgender and was then referred for psychiatric care.

Jo, who knew she was a lesbian at the age of 16, was rejected by her own family after coming out. She developed a terminal cancer later in life and developed her own support system. Jo died on October 15, 2014.

Vanessa, who was born “Robert,” discussed her trip to the doctor. She had a negative experience because medical forms didn’t allow her to identify who she was and the doctor didn’t know how to treat her.

“1 out of 5 transgender people report being sent away by a healthcare provider who says ‘I don’t understand your body — I can’t treat you.’ This does not encourage people from going back to the doctor,” Margolies said. But experiences for LGBT cancer patients can be improved—and begins with healthcare professionals. Big changes can be made right in doctors’ offices, hospitals, or on company websites that welcome LGBT patients. This can be done by posting a non-discrimination policy or by posting the LGBT pride symbol, a rainbow flag, on a wall or window, or by displaying an LGBT couple on a website homepage.

Medical forms could be modified to provide a space for an LGBT patient to disclose how they identify and who their support system is. Currently, only 2% of healthcare organizations have intake forms that have a place for this, according to a poll taken during the lecture.

Margolies encouraged nurses to learn about LGBT, so they can be a resource. She also told them to get involved with LGBT organizations and leaders in order to be an ally to their patients.

“To get the respect and trust of the LGBT community, it’s going to take more than all of you becoming experts here,” said Margolies. “It means training everybody in your organization. If an LGBT organization community supports you and you work together it’s the best way for you to learn. It shows that your office is a safe place to be.”

In her final thoughts, Margolies told the oncology nurses to feel free to make a mistake — that even if you get it wrong, it demonstrates that you care enough to ask. She even shared a quote that her aunt used to say to her: “Anything worth doing, is worth doing poorly at first.”