Ryan J. Sullivan, MD, discusses the success with dabrafenib (Tafinlar) plus trametinib (Mekinist) and highlights the potential added benefit of spartalizumab in BRAF-mutant with melanoma. 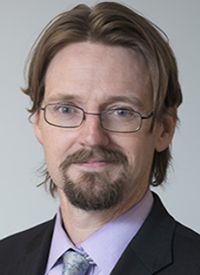 The combination of dabrafenib (Tafinlar) and trametinib (Mekinist) is inducing durable responses in patients with BRAF V600-mutant melanoma, said Ryan J. Sullivan, MD, and researchers hope that the addition of anti—PD-1 therapy to the combination will further improve patient outcomes.

In an effort to improve outcomes even further, researchers are evaluating the benefit of adding the PD-1 inhibitor spartalizumab to the BRAF/MEK inhibitor combination. As a part of the phase III COMBI-i study (NCT02967692), investigators set out to identify which patients would derive the greatest benefit from this combination. Data from the safety run-in and biomarker cohorts presented at the 2019 ASCO Annual Meeting suggested that the triplet combination had an early impact on tumor cells and the tumor microenvironment, potentially encouraging antitumor activity.2 Furthermore, the majority of PFS events occurred in patients with low tumor mutational burden (TMB) and those with low T-cell—inflamed gene expression profiles.

OncLive: Could you provide some background to the use of dabrafenib plus trametinib in patients with BRAF-mutant melanoma?

Sullivan: In 2010, the first BRAF/MEK inhibitor combination was given to patients, and it was dabrafenib and trametinib. Those data demonstrated that you could safely and effectively administer full doses of both drugs to patients and patients had remarkable response rates. One of the cohorts of that phase I study compared dabrafenib and trametinib at a couple of different doses and demonstrated that there was likely going to be improved outcomes with the combination. That led to 2 randomized phase III trials of dabrafenib plus trametinib versus placebo and single-agent BRAF inhibition.

What are we seeing with the 5-year pooled analysis of this combination?

Remarkably, at 4 and 5 years, the PFS and OS are quite similar, suggesting that there is a plateau effect happening. That essentially means we are having durable benefit that may be associated with a plateau on the curve similar to what we see with immunotherapy; that's pretty remarkable. In the early data that were presented were from 3 years of follow-up, [the survival curves] hadn't quite plateaued, but now it appears that the plateau for survival was over 30% and the plateau for PFS is about 15% to 20%.

When you look at subset analysis, patients who had a normal LDH or LDH that was below the upper limit of normal and less than 3 metastatic sites had durable PFS at a level of 30% to 35%.

What was the rationale for adding spartalizumab to the combination?

The trial of spartalizumab plus dabrafenib and trametinib is based on data that have been generated over the last 5 to 10 years, suggesting that BRAF-targeted therapy promotes changes in the immune microenvironment that would predict benefit from PD-1 inhibition. Said another way, we see increased antigen expression when we give BRAF-targeted therapy if you look at a pre-treatment and an in-treatment biopsy; this includes increased T cells and increased cytokines. Furthermore, if you get the biopsy soon enough, [you might see] increased PD-L1 expression. All of those would be presumed to be associated with better response to anti—PD-1 therapy.

Several groups have done preclinical studies looking at BRAF inhibitors plus MEK inhibitors plus PD-1 inhibitors in preclinical models. This, again, demonstrated there was likely going to be benefit. Logically, several trials have [yielded] phase I, and a little bit of phase II data, and the for the first time at the 2018 ESMO Congress, we saw randomized data of PD-1/L1 plus BRAF and MEK inhibitors. In general, what we've seen are high response rates in excess of 70%. We tend to see a bit more complete responses (CR) although it's not clear whether this is statistically significant. We also see more toxicity.

[Data from] the trial of spartalizumab plus dabrafenib and trametinib was presented at the 2019 ASCO Annual Meeting. The data seem to be pretty much in line with previous work: [treatment with the combination led to a] great response rate over 70%, a really impressive CR rate of 33%, and as of yet, an unreached median PFS. That's encouraging, but it's, of course, always hard to make sense of data that is nonrandomized. The only randomized data we have with this type of combination is from the KEYNOTE-022 study presented at the 2018 ESMO Meeting. Data from that study showed a better response rate with dabrafenib and trametinib versus dabrafenib and trametinib plus pembrolizumab. However, there were deeper and more durable responses observed with the triplet combination, suggesting there is something you can get out of having a great response.

Interestingly, the investigators on this phase I/II study were also able to look at biopsies from patients on that study. Specifically, this was to see what types of changes in the tumor microenvironment occur. Again, what they generally found was that we are more likely to see immune changes that would suggest a T-cell signature and likely predict better benefit. In addition, researchers looked to see if there were any changes in the patients who didn't do as well. In fact, the patients who didn't respond or who have progressed were less likely to have immune microenvironment changes. At baseline, they had a lower TMB and were less likely to have these immune changes. That's interesting because it suggests we aren't helping everybody with this regimen and not seeing these [immune] changes.

The hope would be that you can take some population of patients who might not be benefitting from PD-1 inhibition and allow for them to be more likely to benefit because you are changing the immune microenvironment. For example, if you have someone with a low TMB who doesn't have many T cells, the hope is that we could make that noninflamed immune microenvironment more inflamed. Perhaps that isn't happening, which would be a little disappointing. Perhaps that would mean that patients who we expect to do well on PD-1 inhibitors may do even better with this combination approach.