Addition of Olaparib to Abiraterone Improves rPFS in mCRPC

Olaparib in combination with abiraterone acetate demonstrated a significant and clinically meaningful improvement in radiographic progression-free survival vs abiraterone alone as a first-line treatment for patients with metastatic castration-resistant prostate cancer with or without homologous recombination repair gene mutations. 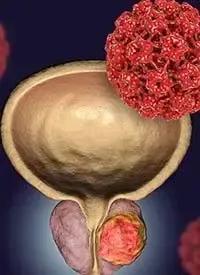 Olaparib (Lynparza) in combination with abiraterone acetate (Zytiga) demonstrated a significant and clinically meaningful improvement in radiographic progression-free survival (rPFS) vs abiraterone alone as a first-line treatment for patients with metastatic castration-resistant prostate cancer (mCRPC) with or without homologous recombination repair (HRR) gene mutations, according to a news release from AstraZeneca.1

Results from the ongoing phase 3 PROpel trial (NCT03732820), which are set to read out in-full at an upcoming medical meeting, showed that at a planned interim analysis, the trial met its primary end point of rPFS, per an Independent Data Monitoring Committee. Additionally, the interim analysis showed a trend toward improvement in overall survival, a key secondary end point, although the data are still immature.

“Today, men with [mCRPC] have limited options in the first-line setting, and, sadly, often the disease progresses after initial treatment with current standards of care,” Susan Galbraith, executive vice president of Oncology R&D, said in the news release. “These exciting results demonstrate the potential for [olaparib] with abiraterone to become a new first-line option for patients regardless of their biomarker status and reach a broad population of patients living with this aggressive disease. We look forward to discussing the results with global health authorities as soon as possible.”

Metastatic prostate cancer is often associated with a higher mortality rate. In those with mCRPC, their disease may progress, despite receiving androgen-deprivation therapy (ADT). Moreover, of the patients with CRPC at diagnosis, 33% are likely to develop metastases within 2 years. Even with advances in treatment for this patient population, 5-year survival rates are low and there remains an unmet need for therapies that extend OS.2,3

Preclinical trials in patients with prostate cancer have shown that the combination of PARP inhibitors and new hormonal agents (NHAs) demonstrate an anti-tumor effect. Additionally, PARP inhibition plus ADT could significantly reduce the growth of prostate cancer cells independent of HRR gene status. Moreover, previous studies have shown that treatment with NHAs inhibit the transcription of some HRR genes; therefore, inducing HRR deficiency and increased sensitivity to PARP inhibitors.4,5

Olaparib is a first-in-class PARP inhibitor, as well as the first targeted treatment to block DNA damage response in tumors harboring a HRR deficiency. The agent is currently approved for certain indications for ovarian, breast, and pancreatic cancers, as well as mCRPC.

PROpel is a randomized, double-blind, multi-center trial testing the efficacy, safety, and tolerability of olaparib plus abiraterone vs placebo plus abiraterone in patients with mCRPC who have not received prior chemotherapy or NHAs in the first-line setting. In addition, patients on both study arms also received prednisone or prednisolone twice daily.

The trial enrolled patients with confirmed mCRPC with or without HRR gene mutations, and an ECOG performance status of 0 or 1. Patients had to be a candidate for treatment with abiraterone and have documented evidence of progressive disease. Those who had been previously treated with docetaxel at a prior stage of disease were permitted to enroll. The trial excluded those who had received prior abiraterone treatment, and treatment with any other NHA must have been stopped within at least 1 year of randomization.

Patients enrolled on the study are randomized 1:1 to receive either abiraterone (1000 mg daily plus prednisone/prednisolone at 5 mg twice daily) plus either olaparib (300 mg twice daily) or placebo. Additionally, those randomized on the trial are stratified by site of metastases and prior treatment with docetaxel.6

“We are encouraged by the PROpel results and the clinical benefit [olaparib] in combination with abiraterone demonstrated vs abiraterone alone as a first-line treatment option for men with [mCRPC],” Roy Baynes, senior vice president and head of global clinical development, as well as chief medical officer for MSD Research Laboratories, said in the news release.1 “Today’s results build on MSD and AstraZeneca’s commitment to bring [olaparib] earlier in lines of treatment and to more patients with advanced prostate cancer.”