Even in 2021, disparities in outcomes of younger women with breast cancer vs their older counterparts remain; addressing behavioral issues and psychological concerns in this population could vastly improve their quality of life, treatment adherence, and ultimately, survival. 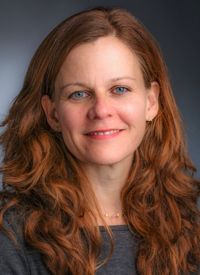 Even in 2021, disparities in outcomes of younger women with breast cancer vs their older counterparts remain, according to Ann H. Partridge, MD, MPH, who added that addressing behavioral issues and psychological concerns in this population could vastly improve their quality of life, treatment adherence, and ultimately, survival.1

In a presentation during the 38th Annual Miami Breast Cancer Conference®, Partridge, the vice chair of medical oncology at Dana-Farber Cancer Institute and professor of medicine at Harvard Medical School, discussed key differences observed in younger vs older women with breast cancer, and she cited treatment adherence as one of the most striking ones.

Younger patients with breast cancer tend to be less adherent to treatment due to factors such as apprehension over adverse effects (AEs), lack of knowledge about prescribed therapies, fear of prescribed therapies, and concerns about fertility. Moreover, the rates of non-adherence to treatment are often greater in different racial and socioeconomic demographics, such as non-White patients with lower education and lower income.2

Young age is often associated with poor survival after breast cancer diagnosis. According to older data, for patients aged 30 through 34 years, the relative survival difference was 13% at 5 years, compared with those aged 45 to 49 years.3 Despite advances made since then, data from the Surveillance, Epidemiology, and End Results Program from 2010 to 2015 still showed a 5% difference in 5-year cancer-specific survival in patients under 40 years of age vs older patients.

“Anyone who cares for these patients knows that life is harder for a young person when they’re diagnosed with breast cancer,” Partridge said. “They have to deal with chemotherapy, endocrine therapy, and local therapy decisions, which may be harder in younger patients, as they’re more likely to need or get chemotherapy and are more likely to lean toward more aggressive local therapy for several reasons. These patients are also dealing with issues that are unique to, or accentuated by, being young.”

In the Young Women’s Breast Cancer Study (YWS), investigators looked at a large prospective cohort of patients to learn more about breast cancer subtypes in women who fell within different age groups: those 30 years of age or younger, those between 31 years and 35 years, and those aged 35 years to 40 years.5 “We were pleased to see that they did seem to break down somewhat similarly to the population-based California Cancer Registry,” noted Partridge.

Data indicated that there were more patients with a luminal B subtype than those with luminal A, across the age groups. However, approximately one-third of patients still have the luminal A subtype. “When you delve into the luminal B-like subtype though, a substantial proportion of patients are HER2 positive,” noted Partridge. Nine percent of patients under 30 years were HER2 enriched vs 7% of those in the oldest age bracket.

Most of the women included in the dataset had undergone genetic testing, noted Partridge. As such, investigators took a closer look at breast cancer subtypes in younger patients by BRCA mutational status.

“In terms of how we can improve things for our youngest patients, what I believe to be really interesting is if you pull out [those who are positive for] BRCA1 and BRCA2, you can see the familiar patterns that we know are associated with those groups,” Partridge said.

In younger patients who are BRCA negative or were not tested, the mix of disease phenotypes observed are comparable to what has been seen in older patients, according to Partridge.5

“I think it’s really interesting and really speaks to tailoring therapy as we get more clarity on breast cancer subtypes, better treatments for each of the subtypes, as well as genetic testing and how that should impact our treatment [decisions],” Partridge said. “That could improve disparities, particularly among our younger patients.”

Recent unpublished data suggest that among patients with HER2-positive disease, the disparity in survival between younger and older patients seems to be closing, which could be, in part, because of the increased availability of anti-HER2 therapies that have emerged over the past 2 decades, according to Partridge.

“We also found this more granularly in the National Comprehensive Cancer Network, where we were able to look at patients [with HER2-positive disease] who were either ER positive or ER negative,” said Partridge.6 “When you controlled for all of the other things that predict for risk, we found that there wasn’t a clear disparity by age in terms of breast cancer mortality.”

Additionally, results from the phase 3 HERA trial (NCT00045032) showed that age was neither a prognostic, nor a predictor, for early recurrence.7

Collectively, these data suggest that, treatment principles should similar for all patients with HER2-positive disease, regardless of age.

“This is really important information,” Partridge notes. “If a young woman comes along and she has HER2-postive disease, we should be treating her, regardless of age, toward the tumor…We shouldn’t just be throwing more chemotherapy at our younger patients, especially in the era of trying to de-escalate. In the HER2 space, there’s no reason to think that a younger patient [is not] a similar candidate [to] an older [patient]…in terms of [de-escalation].”

Although the gap in disparities appears to be closing for patients with HER2-positive disease, the same cannot be said for other breast cancer subtypes. Cancer-specific survival data from SEER 2010 and 2015 demonstrate that the youngest patients with TNBC still seem to be experiencing a significant difference in survival probability compared with their older counterparts. Additionally, patients with ER/PR-positive and HER2-negative disease have the biggest gap in terms of survival outcomes.

“The question is … should we be giving chemotherapy to all of our luminal A or luminal B patients?” Partridge said. “Now we have more information to inform these decisions.”

Data from the phase 3 TAILORx study (NCT00310180) did not demonstrate a clear benefit of chemotherapy in women over 50 years of age if their recurrence score was between 11 and 25.8 However, in premenopausal women who were aged 50 years and younger, “there did appear to be differences as you went up from the 15 to 25 group,” noted Partridge.

“That flies in the face of what we’ve know about chemotherapy historically,” Patridge said. “The fact is, I think this dose-response curve really suggests that many of the benefits of chemotherapy in the premenopausal group is happening from ovarian suppression or a chemoendocrine effect. Therefore, it makes sense that the youngest women—the ones least likely to be sent into menopause—would be the ones to derive the least benefit from adjuvant chemotherapy.”

Moreover, results from the phase 3 RxPONDER trial (NCT01272037), presented at the 2020 San Antonio Breast Cancer Symposium, showed that the benefits of chemotherapy were not as substantial in postmenopausal women compared with premenopausal women; however, these patients did not see the same dose-response curve, according to Partridge.

In a study that examined the clinical utility of genomic signatures in young patients with breast cancer, investigators considered 71 different studies which included 561,188 patients; 4.9% of these patients (n = 27,748) were younger in age. Results from this study showed that a larger proportion of high genomic risk tumors were observed in patients 40 years or age and younger, across 3 genomic tests that were looked at.10

“Just like you see a different mix of tumors, you tend to see higher-risk tumors in younger women,” Partridge noted.

It is now known that ovarian function suppression clearly benefits youngest patients with breast cancer who have higher-risk tumors; this was demonstrated in a subanalysis of the phase 3 SOFT trial (NCT00066690). However, this patient population is also the most likely discontinue their endocrine therapies.11 In fact, patients younger than 40 years had the highest risk of discontinuation (HR, 1.51; 95% CI, 1.23-1.85), according to data published in the Journal of Clinical Oncology.12

“[In the future,] we [need to] help to educate and support patients in those groups,” Partridge concluded.