The European Commission has approved the combination of dabrafenib (Tafinlar) and trametinib (Mekinist) for the adjuvant treatment of patients with BRAF V600–positive stage III melanoma.

The European Commission has approved the combination of dabrafenib (Tafinlar) and trametinib (Mekinist) for the adjuvant treatment of patients with BRAF V600—positive stage III melanoma following complete resection, according to Novartis, the manufacturer of both agents.

The approval is based on findings from the phase III COMBI-AD study, in which the primary analysis showed that adjuvant treatment with dabrafenib and trametinib reduced the risk of relapse or death by 53% compared with placebo for patients with BRAF-mutant stage III melanoma.1,2 After a median follow-up of 2.8 years, the median relapse-free survival (RFS) was not reached with the combination versus 16.6 months for placebo (HR, 0.47; 95% CI, 0.39-0.58; P <.001).

"Novartis's deep therapeutic knowledge and our ability to apply novel approaches to the development of new medicines has resulted again in a new treatment advance for melanoma patients," Liz Barrett, CEO, Novartis Oncology, said in a statement." The European approval of the Tafinlar and Mekinist combination illustrates Novartis's continued efforts to reimagine cancer by providing a highly effective, targeted therapy for earlier-stage melanoma patients."

The COMBI-AD study randomized 870 patients with BRAFV600E/K stage III melanoma to receive dabrafenib plus trametinib (n = 438) or placebo (n = 432). All patients were within 12 weeks of complete surgical resection and had stage IIIa (18%), IIIb (41%), and IIIc (40%) disease. Dabrafenib was given at 150 mg twice daily with trametinib at 2 mg once daily for 12 months. The salvage therapies received following the study were similar in each arm, and, in some cases, included a rechallenge with BRAF/MEK inhibition. 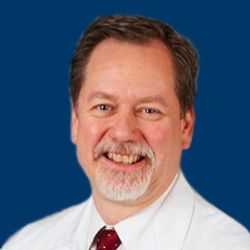