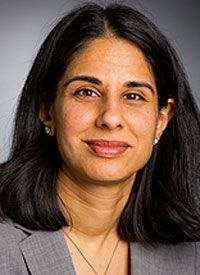 The 2 treatment arms did not differ with respect to the coprimary endpoint of incidence of clinically relevant toxicity (CRT).

"This represents the first report of patients receiving T-DM1 monotherapy for adjuvant treatment of stage I HER2-positive breast cancer," said Sara Tolaney, MD, MPH, of Dana-Farber Cancer Institute in a presentation at the 2019 San Antonio Breast Cancer Symposium (SABCS). "T-DM1 was associated with very few recurrences in the study population. Longer follow-up is needed in a population with predominately hormone receptor-positive disease."

"No difference was seen in the overall incidence of clinically relevant toxicities between the 2 arms, but there were differences in toxicity profiles between T-DM1 and trastuzumab-paclitaxel," added Tolaney, who serves as the associate Director of the Susan F. Smith Center for Women's Cancers and director of Clinical Trials, Breast Oncology at Dana-Farber Cancer Institute. "Given the low event rate seen in this trial, T-DM1 may be an alternative to trastuzumab-paclitaxel for select patients with stage I HER2-positive disease who are concerned about specific trastuzumab-paclitaxel side effects and understand the potential T-DM1 toxicities."

Further evaluation of shorter-duration therapy with T-DM1, followed by trastuzumab, should be considered, said Tolaney.

Several studies have shown that T-DM1 has activity in patients with metastatic HER2-positive breast cancer and residual disease after neoadjuvant HER2-directed therapy, Tolaney noted. Additionally, T-DM1 is associated with less toxicity as compared with chemotherapy and trastuzumab.

Investigators in the ATEMPT trial sought to determine whether T-DM1 has a clinically acceptable event rate in patients with stage I HER2-positive breast cancer and whether T-DM1 is associated with less clinically relevant toxicity (CRT) as compared with TH.

For evaluation of DFS in the T-DM1 arm, the trial had statistical power to distinguish between 3-year failure rates of 9% versus 5%. For the comparison of CRTs, the trial was powered to detect a 40% difference in incidence.

The study population included 497 patients, randomized 2:1 to T-DM1 or TH. Baseline characteristics were balanced between the 2 treatment groups. The patients had a median age of 56, 75% had HR-positive breast cancer, and 73% had 3+ HER2 expression status as determined by fluorescence in situ hybridization.

Although the trial did not compare DFS between the treatment groups, the TH arm had a 3-year DFS of 92.8%. The 7 DFS events consisted of 4 ipsilateral recurrences, 1 new contralateral primary breast cancer, and 2 distant recurrences.

With regard to CRTs, the overall incidence was 46% in both arms. The only notable differences were a higher incidence of neurotoxicity with TH (23% vs 11%) and more toxicity-related early discontinuations with T-DM1 (17% vs 6%).