Adjuvant therapy, regardless of the treatment modality, did not improve overall survival compared with observation for women with early stage, uterine-confined leiomyosarcoma.

Adjuvant therapy, regardless of the treatment modality, did not improve overall survival (OS) compared with observation for women with early stage, uterine-confined leiomyosarcoma (LMS), according to findings from a large observational study presented at the 2018 SGO Annual Winter Meeting.1

“We don’t have much in the way of prospective, randomized data as far as adjuvant treatment for these patients,” lead investigator Anthony B. Costales, MD, a second-year fellow in the gynecologic oncology division at the Ob/Gyn Women’s Health Institute, Cleveland Clinic, said in an interview with OncLive. “The majority of them have resectable disease, but we really don’t know what to do with them afterwards.”

Data analyzed for the study were collected from the National Cancer Database from 2008 to 2014 for patients diagnosed with LMS, epithelioid LMS, or myxoid LMS. Patients were grouped by period of diagnosis—2008 to 2011 and 2012 to 2014—and treatment modality. Roughly half of patients (n = 547) received only observation, 340 had chemotherapy, 79 underwent radiation therapy, and 64 underwent chemoradiation.

In logistic regression models of factors associated with adjuvant treatment modalities, age at diagnosis appeared to play a significant role for adjuvant chemotherapy (HR, 0.78; 95% CI, 0.65-0.94) but not any other modalities. Additionally, those with private insurance seemed were more like to be treated with adjuvant radiation (HR, 0.48; 95% CI, 0.24-0.96).

“Patients who received any kind of adjuvant treatment did not do any better than the patients we just observed as far as survival outcomes,” Costales said. “At this point, we’ve come to the realization that it might be better to do nothing than to do something.”

Costales said the idea of choosing observation over treatment is becoming more popular, but it’s not something with which all physicians are comfortable. He pointed to study results published in Gynecologic Oncology last year by Littell et al showing that the standard regimen of gemcitabine-docetaxel did not significantly improve disease-free survival (P = .95) or OS (P = .43) for women with stage I uterine LMS compared with those who did not receive chemotherapy.2 Nonetheless, the percentage of women receiving adjuvant gemcitabine-docetaxel chemotherapy increased from 6.5% from 2006 to 2008 to 46.9% from 2009 to 2013 (P <.001).2

“We don’t want to have these patients undergo the toxicities of chemotherapy when we know that they really don’t do any better than those people who are just observed,” Costales said. 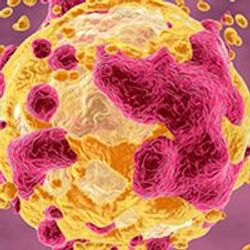 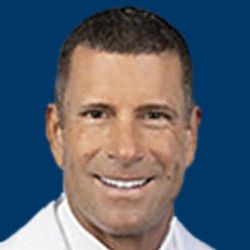