Jeffrey S. Weber, MD, PhD, discusses the activity of targeted therapy in metastatic melanoma, its adoption into the adjuvant setting, and the optimal use of immunotherapy in the space.

Adjuvant therapy has revolutionized the field of melanoma in that patients with resected disease can be treated with active regimens that have historically been used in the metastatic setting, said Jeffrey S. Weber, MD, PhD.

According to long-term data from the trial, the combination resulted in a 4-year relapse-free survival (RFS) rate of 54% versus 38% with placebo.1 Based on these results, the combination received regulatory approval in 2018 as adjuvant therapy in this patient population.

Apart from targeted therapy, immunotherapy has also made its way into the adjuvant setting with the single-agent approvals of ipilimumab (Yervoy) in 2015 and nivolumab (Opdivo) in 2017. Ipilimumab was approved based on results from the phase III EORTC 18071 trial, which showed a 25% reduction in the risk of recurrence versus placebo in patients with resected stage III disease (HR, 0.75; 95% CI, 0.64-0.90; P <.0013).2 Long-term follow-up results from the trial showed that at 6.9 years, the RFS, distant metastasis-free survival (MFS), and overall survival (OS) benefits with ipilimumab were long-lasting.3

The combination of nivolumab and ipilimumab is now being investigated as adjuvant therapy in the ongoing phase III CheckMate-915 trial in patients with stage IIIb/c/d or stage IV melanoma. Although the combination failed to show a statistically significant difference in RFS in patients with <1% PD-L1 expression in their tumor cells versus nivolumab alone, according to a press release issued in November 2019, the trial will continue to evaluate RFS in the overall population.6

“Multiple effective therapies [have emerged] for patients with high-risk resected melanoma, including those with stage IIIa/b/c/d and resected stage IV [disease],” said Weber. “Now, relatively few patients are relapsing given all of the effective adjuvant therapy we have.”

In an interview during the 2020 OncLive®&#8239;State of the Science Summit™ on Advanced&#8239;Melanoma, Weber, deputy director of NYU Langone Health's Perlmutter Cancer Center and co-director of its Melanoma Program, and a 2016 Giant of Cancer Care®&#8239;in Melanoma, discussed the activity of targeted therapy in metastatic melanoma, its adoption into the adjuvant setting, and the optimal use of immunotherapy in the space.

OncLive: How has adjuvant therapy impacted the paradigm in melanoma?

Weber: Adjuvant therapies have changed the face of melanoma. We knew that [the combination of] ipilimumab and nivolumab, or pembrolizumab (Keytruda) [or] nivolumab alone, were good drugs in the metastatic, treatment-naïve setting. Now, there are almost no treatment-naïve patients. Almost everyone has seen immunotherapy, which will change the treatment landscape in the metastatic setting. Many changes have been made, mostly for the better.

In a way, we're victims of our own success because now, relatively few patients are available to enroll in metastatic [melanoma] trials. A lot of the activity we’re seeing is in the neoadjuvant or the adjuvant settings. Without a doubt, the regimens we have result in a significant reduction in the risk of relapse over time. Our patients are doing much better due to the effect of adjuvant therapy and the metastatic treatments that are available.

Could you discuss the approval of the combination of dabrafenib and trametinib in the advanced-stage setting? How has its use in the adjuvant setting impacted practice?

Dabrafenib and trametinib was the first BRAF/MEK combination that was approved for patients with metastatic disease. We saw a significant prolongation in survival with the combination compared with dabrafenib alone or vemurafenib (Zelboraf) alone. Interestingly, vemurafenib was the first BRAF inhibitor to be approved in the metastatic setting, followed by the combinations of vemurafenib and cobimetinib (Cotellic), dabrafenib and trametinib, and more recently, encorafenib (Braftovi) and binimetinib (Mektovi). All of these regimens are excellent, with high response rates. We’re seeing excellent median survivals and very good 4-year survival rates [with these regimens in the metastatic setting].

The COMBI-AD trial was the first to investigate a targeted therapy combination as adjuvant treatment. It was a very well-conducted study of more than 900 patients and it was positive because it was placebo-controlled and conducted mostly in Europe where there was no approved adjuvant therapy. The results showed a hazard ratio of approximately 0.5, demonstrating a clear benefit in RFS and MFS, the latter of which is a surrogate for OS. The preliminary OS analysis, which was presented at the 2017 ESMO Congress, suggested that there's a clear benefit in OS as well. This is clearly a beneficial regimen for patients with resected stage III melanoma. That being said, 26% of the patients in the study had to stop therapy due to adverse events (AEs). While generally no irreversible AEs were [associated with the combination], dabrafenib and trametinib can be a challenging regimen to administer as adjuvant therapy.

Are any of the targeted combinations used in the metastatic setting being examined in the adjuvant space?

All 3 of the combinations I mentioned have activity in the metastatic setting. There’s some thought that perhaps encorafenib and binimetinib might have a better median survival; it’s not clear whether the long-term survival is the same. We’ll probably have updated 5-year follow-up data [on that combination] at the 2020 ASCO Annual Meeting or the 2020 ESMO Congress. Nonetheless, they're all good regimens for patients with [metastatic] BRAF-mutant disease. As the only approved adjuvant therapy combination, dabrafenib and trametinib is the BRAF/MEK combination therapy of choice in the adjuvant setting.

Immunotherapy is also being evaluated in the adjuvant setting. Could you discuss the CheckMate-238 trial with nivolumab and the significance of its findings?

CheckMate-238 investigated nivolumab alone versus ipilimumab alone. [At the time], ipilimumab was an approved adjuvant therapy in the United States. [In the trial, we saw that] nivolumab was superior to ipilimumab. The hazard ratio was about 0.68 with 3 years of follow-up, reflecting a 32% reduction in the risk of relapse over time. Additionally, the rate of distant MFS was improved. Only 8% of patients had to stop therapy because of toxicity. This is generally a well-tolerated regimen [considering] it’s given every 4 weeks for 1 year.

If you do back-of-the-envelope calculations and subtract the stage IIIA patients from COMBI-AD and take away the stage IV resected patients from CheckMate-238, you get what look like very similar 3-year curves, although some suspect that an overlap and then a crossing-over of the curves may occur beyond 3 years.

We’ll have to see when we get 4- and 5-year data from CheckMate-238. We already have excellent 5-year data from COMBI-AD because it's a trial with more mature data. Either way, CheckMate-238 established nivolumab as a standard of care for patients with resected stage III and IV disease. Additionally, [it’s important to note that] the trial did not include patients with stage IIIa disease. A bit of a controversy exists regarding whether you should treat patients with really early stage IIIa disease by the current American Joint Committee on Cancer staging criteria number 8. Nonetheless, it is a very popular adjuvant treatment.

While ipilimumab is also approved for use in the United States as adjuvant therapy, it will probably never receive approval in Europe or anywhere else, like Australia or Canada. However, [the agent] is effective. [For me], this would be the [preferred] second-line regimen in someone who fails nivolumab, undergoes resection again, and is rendered free of disease. If the patient has BRAF wild-type disease, I would put them on ipilimumab at a dose of 3 mg/kg. If the patient has BRAF-mutated disease, I would put them on dabrafenib/trametinib.

Could you discuss some of the emerging immunotherapy combinations? 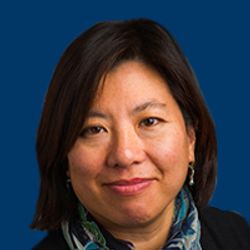 Dr. Davies on the Utility of Retreatment With BRAF/MEK Inhibitors in BRAF-Mutant Melanoma
x