Michael R. Harrison, MD, discusses emerging data that are likely to impact the treatment landscape for patients with RCC. 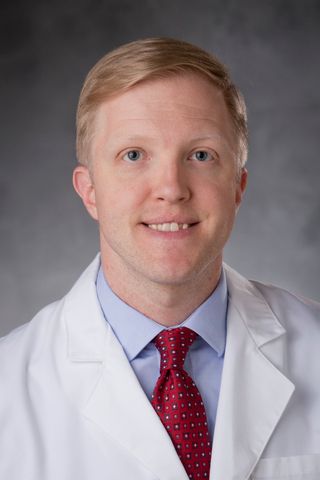 There are potential practice-changing regimens on the horizon following exciting findings from the CABOSUN and CheckMate-214 trials for patients with advanced renal cell carcinoma (RCC).

“Ipilimumab and nivolumab in the population of intermediate- and poor-risk patients improved overall response rate and OS. However the PFS, although there was a trend towards improvement, was not statistically significant,” said Michael R. Harrison, MD.

OncLive: Can you please provide an overview of your presentation?

In an interview with OncLive during the 2017 State of the Science SummitTM on Genitourinary Cancers, Harrison, an assistant professor of medicine, Department of Medicine, Duke University School of Medicine, Duke Cancer Institute, discussed emerging data that are likely to impact the treatment landscape for patients with RCC.Harrison: My talk covered the sequencing of therapies for RCC—not only in metastatic RCC, but also in the localized setting. I discussed the S-TRAC trial, which investigated sunitinib for high-risk localized RCC. I then discussed the randomized phase II CABOSUN trial, which investigated cabozantinib versus sunitinib in intermediate- and poor-risk patients with metastatic RCC who were previously untreated. Lastly, I focused on the CheckMate-214 trial investigating ipilimumab and nivolumab combined versus sunitinib also in the intermediate and poor-risk population that was previously untreated.

In terms of the highlights, there is a portion of patients with localized RCC who have a relatively high risk of recurrence. This is about 15% of patients with localized RCC with the risk of recurrence by 5 years, which is roughly 60%. Until recently, there was no standard of care for this patient population. They were typically managed by observation alone.

The S-TRAC study is important in demonstrating a reduction in the risk of recurrence in this high-risk population versus observation alone. Specifically, there was an advantage in disease-free survival reduction of 24%.

In terms of the CABOSUN study and the CheckMate-214 study, I highlighted that cabozantinib did improve PFS versus sunitinib. This was a relatively small randomized phase II study. Ipilimumab and nivolumab in the population of intermediate- and poor-risk patients improved ORR and OS. However, the PFS, although there was a trend towards improvement, was not statically significant.

Putting all of this information together has been a challenge. These data are still very new and have not yet been published. We are still awaiting some answers, but the ipilimumab and nivolumab data are practice changing. That is going to be used in the frontline setting in a large portion of patients who have that intermediate- and poor-risk RCC.

A question that remains is, “What do we do after that?” There are studies already being designed to answer that question. There are also other studies on the heels of CheckMate-214 that are investigating combinations of checkpoint inhibitors with anti-VEGF strategies. The question then becomes, “Is it better to do a checkpoint combination versus a combination like sunitinib and VEGF receptor TKI, or is it better to combine a checkpoint inhibitor with an anti-VEGF therapy?"

Where do you envision the future of ipilimumab and nivolumab? Do you think it might be the new interlukin-2 (IL-2) treatment?

There are positives and negatives with that approach. One drawback is that it is going to be toxic. When you’re looking at the combination of ipilimumab and nivolumab, one attractive feature is that patients only get the combination for the first 12 weeks and then go on to nivolumab maintenance, which has a good quality of life. However, these studies investigating atezolizumab (Tecentriq) and bevacizumab (Avastin) or pembrolizumab (Keytruda) and axitinib (Inlyta) do have a chronic to moderate toxicity, making it difficult to compare.Before the study's results came out, we were all thinking about the combination of ipilimumab and nivolumab potentially being the new high-dose IL-2. We probably enrolled patients on the trial instead of putting them on high-dose IL-2. What was interesting about the study results was that, in the favorable-risk subgroup of the study—which was around 250 to 300 patients&mdash; the response rate and the PFS were better with sunitinib versus ipilimumab and nivolumab, which was the opposite in the intermediate- and poor-risk cohort. We do not have enough data to understand why that is.

Down the line, if we have frontline cabozantinib or ipilimumab/nivolumab available, what factors will go into choosing frontline treatment?

Can you provide some more information regarding the study investigating all 3 drugs?

What should community oncologists know right now about the field of kidney cancer?

While it would have been reasonable to think before the study was presented that ipilimumab and nivolumab would become the new high-dose IL-2, it didn’t totally bear out. In this population of favorable-risk patients, we are thinking about differing therapy. We are still at that point. We don’t have enough data to know what to make of ipilimumab/nivolumab in that setting.Considering cabozantinib versus ipilimumab/nivolumab, the field is changing so rapidly that it is hard to tell. We are going to have data of those combinations with checkpoint inhibitors and anti-VEGF agents, but the future probably lies in other combinations. For example, there is a study that combines ipilimumab, nivolumab, and cabozantinib, which should be interesting. If ipilimumab and nivolumab is approved, and if I have a patient who failed that therapy, what I would use next is cabozantinib. However, there are not that much data there. Axitinib would also be reasonable since it has a second-line approval and is being investigated in clinical trials. It is an ongoing, randomized phase III study called the CheckMate-9ER. It is a 3-arm study investigating ipilimumab plus nivolumab, cabozantinib alone, or ipilimumab plus nivolumab, plus cabozantinib. It could read out in the next several years and will have informative data.The biggest thing to know is that we are improving outcomes for patients. In the last year or so, we have had multiple approvals on the basis of OS. We have these new data with ipilimumab and nivolumab that now demonstrate improved survival. What is exciting is to see us going from a decade where PFS was a benefit and the primary endpoint to going to OS, which is a game changer. We are really bending the curve for the benefit of our patients.