ADXS-504, an investigational off-the-shelf neoantigen therapy, has been reported to be well tolerated and safe in patients with biochemically recurrent early prostate cancer. 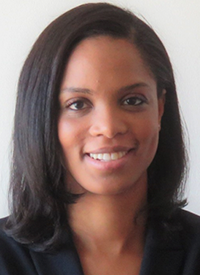 ADXS-504, an investigational off-the-shelf neoantigen therapy, has been reported to be well tolerated and safe in patients with biochemically recurrent early prostate cancer, according to an analysis performed on the first 3 patients who received treatment at the first dose level (1e7 CFU) and 3 at the second dose level (1e8 CFU) of an ongoing phase 1 trial (NCT05077098).1

“We have completed evaluation of the dose-limiting-toxicity period for three patients at the second dose level for this phase 1 trial of ADXS-504. At both the first [dose level] and at this higher dose level, patients have experienced mild and short-lived flu-like symptoms after the infusion of ADXS-504,” Karie Runcie, MD, lead study author and assistant professor of medicine in the Division of Hematology/Oncology at Columbia University Vagelos College of Physicians and Surgeons in New York, New York, said in a press release. “The safety of ADX-504 and encouraging early data led to our decision to increase enrollment at the second dose level to better characterize its clinical activity.”

Approximately 20% to 30% of patients with prostate cancer develop biochemical recurrence, defined as rising prostate-specific antigen (PSA) levels after definitive therapy with radical prostatectomy or radiation therapy.2 The optimal therapy and timing of treatment for this population is unknown. For patients who are not eligible for salvage radiation, androgen deprivation therapy (ADT) is the standard first-line treatment. However, ADT is associated with many acute and long-term toxicities. As such, novel approaches to reduce ADT exposure and prolong disease control are needed.

ADXS-504 is a novel Listeria monocytogenes (Lm)–based immunotherapy. It is bioengineered to elicit T-cell responses against 24 tumor antigens, including 14 peptide antigens derived from hotspot mutations in patients with prostate cancer and 10 peptide antigens derived from sequence-optimized tumor-associated antigens that are differentially expressed or overexpressed in prostate cancer.

ADXS-504 is designed to express several tumor antigen targets, potentially leading to generation of a broad set of effector T cells and NK cells that may enhance tumor control. Like the company’s other Lm-based immunotherapies, ADXS-504 is expected to induce an innate immune response followed by the adaptive response and modification of the immunosuppressive tumor microenvironment (TME) by reducing regulatory T cells and myeloid-derived suppressor cell frequencies in the TME.

In a preclinical murine model, a prototype Lm-construct reduced the number of metastases after removal of the primary tumor by eliminating residual tumor cells. Runcie presented the design of the phase 1, open-label dose-escalation study at the 2022 ASCO Annual Meeting.2

Eligible patients must have received a diagnosis of biochemically recurrent prostate cancer with an elevated PSA in the blood of 0.3 ng/mL or greater and a PSA doubling time of at least 4 months after radical prostatectomy or radical radiotherapy without evidence of metastatic disease on traditional CT imaging and bone scans. Patients currently receiving androgen ablation therapy are excluded.

In the study, patients will receive an infusion of ADXS-504 every 4 weeks for a total of 6 doses, followed by 4 additional maintenance doses every 12 weeks. The primary end points are safety and tolerability.

The trial is currently expanding enrollment at the second dose level by up to 6 additional patients for a total of 9 patients. The study investigators will evaluate the immunogenicity data after all patients at the higher dose level have completed the study treatment.

“We are excited that our collaborators at Columbia have elected to expand the enrollment of this Phase 1 trial in ADXS-504. We are also encouraged by the safety data, and we are actively collecting long-term PSA results from all the patients in this trial. We look forward to analyzing the composite data to gain further insight into the safety and efficacy of this novel therapy,” Kenneth A. Berlin, president and chief executive officer of Advaxis, said.