All Stakeholders Are Responsible for Genetic Testing

Physicians should “get out there and test early and often,” to align with a potential new paradigm for genetic testing that allows anyone on the treatment team to identify and test individuals, with the specialist ultimately providing risk management, according to Kevin S. Hughes, MD, FACS. 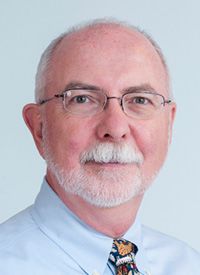 Physicians should “get out there and test early and often,” to align with a potential new paradigm for genetic testing that allows anyone on the treatment team to identify and test individuals, with the specialist ultimately providing risk management, according to Kevin S. Hughes, MD, FACS.1

“You should be identifying, you should be testing, you should be organizing the management,” said Hughes, co-director, Avon Comprehensive Breast Evaluation Center, Massachusetts General Hospital; professor of surgery, Harvard Medical School; and medical director, Bermuda Cancer Genetics and Risk Assessment Clinic.

Despite all of this, experts still urge caution. “We’ve got to get over this cautious approach to genetics that’s really holding us back,” Hughes said, adding that the real misconception of genetic testing, causing this caution, is that it is all about counseling. “That’s not the most important thing,” he added.

A recent study, conducted by Pat Whitworth, MD, associate clinical professor of surgery, Vanderbilt University Medical Center, and colleagues, evaluated Cigna’s implementation of restrictions placed on genetic testing, requiring individuals to visit a genetic counselor first in order for their genetic test to be paid for by the insurance company.1 The researchers compared the restriction policy to that of other insurance companies, to see how the policy affected denial rates for genetic testing.

The companies without this policy in place had no change in the denial rates for genetic testing. Meanwhile, in the same time period, Cigna’s denial rates increased from 10% to 40% after implementing the restriction policy. Moreover, the positive rate declined from 3.8% to 3.7%, suggesting the policy did not improve outcomes. The company also saw a significant increase in cancellations, rising from 9.5% prior to the policy change to 37.7% afterwards.

“They were denying patients who are the same as the ones that they were accepting, denying them only because a genetic counselor had not seen them,” Hughes explained, adding that more of the cancellations occurred in African American and Latino population. “[This is] a group that we’re trying to get rid of disparities, not create new disparities.”

Hughes pointed out that the problem lies in the amount of people missed, who in fact need genetic testing. “[According] to Mary-Claire King [the American Cancer Society Professor of Genome Sciences and of Medical Genetics in the Department of Medicine at the University of Washington], to identify a woman as a carrier, only after she developed cancer, is a failure of cancer prevention,” Hughes said. “The problem is that those who needed testing were not tested, and they developed a deadly cancer that could have been prevented or found earlier had they been tested and identified. This is really the problem we really need to solve.”

Hughes pointed out that 620,000 diagnoses of colorectal, pancreatic, breast, uterine, and ovarian cancers are expected in 2020. If 10% of those cancers are assumed to be hereditary, 62,000 cancers could be prevented in the United States every year through preventive methods.

“We’re really failing miserably at finding these patients and taking care of them before they develop cancer,” said Hughes.

With this, he noted that there are 3 basic points to genetic testing:

In the old approach to genetic testing, Hughes explained, anybody could identify a patient who should undergo genetic testing; however, only a specialist, like a genetic counselor, could test for and manage hereditary risk for cancer. “This model is outdated. And why is it a problem? Well, this is a testing backlog,” he said. “Thirteen million women in this country need genetic testing. About 2 million genetic tests have been done in the last 24 years and almost all of them need to be redone.”

Management should be based on the spectrum of hereditary cancer and the penetrance for each of those diseases. Additionally, it should be personalized on a case-by-case basis, based on the exact gene and its occurrence frequency.

To help with this, Hughes and colleagues have utilized a tool, called ask2me, “the all syndromes known to man evaluator,” he said. The site allows physicians to input the genetic mutation, gender, age, prior cancers, and prior surgeries. For each gene, the site identifies the patient’s risk of cancer going forward, compared with the general population.

“We need better tools from computers that can help us manage patients and take care of them,” Hughes concluded. “Absolutely get out there and find patients who need testing. Learn how to test. Just think about what the management is by the gene, by the structure, and by the penetrance.”