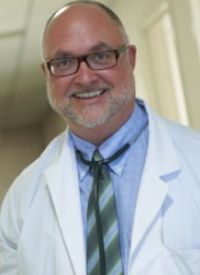 Patients treated with TAS-102 had a median OS of 5.7 months, as compared with 3.6 months for placebo-treated patients.1 Median progression-free survival also improved slightly from 1.8 to 2.0 months with TAS-102, also a statistically significant difference.

A subgroup analysis showed that patients with prior gastrectomy derived a survival benefit from TAS-102 that was similar to the benefit observed in the overall patient population, David H. Ilson, MD, of Memorial Sloan Kettering Cancer Center, reported at the 2019 Gastrointestinal Cancers Symposium.

“Hematologic adverse events, such as neutropenia and leukopenia, may have been somewhat more frequent among TAS-102¬treated patients with gastrectomy than in the overall population, but this did not result in more treatment discontinuations,” said Ilson.

“Exposure to TAS-102 was similar between patients with gastrectomy and those in the overall population. These results suggest that TAS-102 is an effective treatment option with a manageable safety profile for patients with metastatic gastric cancer, regardless of prior gastrectomy.”

Surgery remains the only treatment option that has curative potential for early-stage gastric cancer. However, as many as half of patients have recurrent disease, and about 40% of those patients have undergone gastrectomy, Ilson noted.

A phase II trial conducted in Japan demonstrated a median OS of 8.7 months in patients who received TAS-102 after failure of standard chemotherapy. Investigation of the combination therapy continued in the phase III, randomized, placebo-controlled, international TAGS trial.

Subgroup analysis showed a consistent survival benefit for patients in the TAS-102 arm, said Ilson. The comparison of patients with or without prior gastrectomy showed that baseline characteristics of the gastrectomy subgroup did not differ substantively from those of the overall study population.

“Prior gastrectomy was not identified as a prognostic or predictive factor in multivariate Cox regression analyses in which all prespecified factors were included,” said Ilson. “Treatment effect size remained the same after adjusting for all identified potential prognostic factors.”

Types and rates of adverse events were similar in the subgroup of patients with prior gastrectomy.