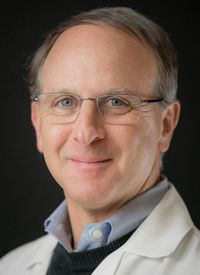 Mitchell Gross, MD, PhD, a medical oncologist and research director at the Lawrence J. Ellison Institute for Transformative Medicine of US

The antidepressant phenelzine showed antitumor activity in patients with biochemical recurrent castrate-sensitive prostate cancer, according to a pilot study conducted by researchers at the University of Southern California (USC).1,2

The findings, which were published in the journal Prostate Cancer and Prostatic Diseases, showed that 11 of 20 patients who received phenelzine had a measurable reduction in their prostate-specific antigen (PSA) levels following 12 weeks of treatment with the MAO inhibitor. The highest level of PSA decline was 74% in 1 patient.

“If our findings are confirmed, this could part of a new avenue for patients that could avoid undesirable side effects of standard therapies,” first author Mitchell Gross, MD, PhD, a medical oncologist and research director at the Lawrence J. Ellison Institute for Transformative Medicine of USC, said in a press release.

The open-label, single-arm trial accrued patients with biochemical recurrent prostate cancer, which the study design defined as PSA&thinsp;≥&thinsp;0.4&thinsp;ng/ml (after prostatectomy) or PSA&thinsp;≥&thinsp;2&thinsp;ng/ml above nadir (post-radiation therapy). Additional inclusion criteria were no signs of metastasis on imaging and normal androgen levels.

Regarding safety, the investigators wrote in the conclusion of their research, “Most treatment-related toxicities were mild, but rare significant and reversible cardiovascular toxicities were observed.”

The most frequently occurring toxicities included dizziness, hypertension, and edema. Grade 1 dizziness occurred in 45% of patients, with grade 2 occurring in 35%. Hypertension cases, which

The researchers also evaluated mood symptoms using the hospital anxiety depression score (HADS) questionnaire. Results of the HADS questionnaires showed a significant alleviation of anxiety; however, the patient responses showed that the treatment induced no change in depressive symptoms.

“To our knowledge, this study is the first clinical trial of an MAO inhibitor in cancer patients,” senior author Jean Shih, PhD, a university professor at the USC School of Pharmacy who has studied the enzyme MAO for 4 decades, said in the press release.

Also according to the press release, the investigators have additional studies planned, and

“Shih has patented a second-generation MAO inhibitor tagged with a substance that could help doctors see where the cancer has spread.”