Are New Ways to Reduce Positive Margins in Breast Cancer Hope or Hype?

There are a number of strategies to reduce margin positivity, particularly after partial mastectomy, but the relative effectiveness of each varies, as do the data that support their use. 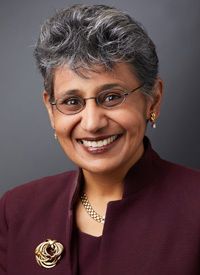 Every breast cancer surgeon's nemesis is the positive margin. A worthy adversary, positive margins are often elusive to intraoperative detection, and frequently require reexcision. There are a number of strategies to reduce margin positivity, particularly after partial mastectomy. The relative effectiveness of each, however, varies, as do the data that support their use.

Perhaps the simplest strategy is to change the definition of a positive margin. After the American Society for Radiation Oncology/Society of Surgical Oncology guidelines for invasive cancer were published in 2014 defining a positive margin as “no tumor at ink,”1 reexcision rates dropped from 22% to 14% (P < .001).2 This shows that how a positive margin is defined can have a significant impact.

Beyond this, it’s important to evaluate techniques surgeons use preoperatively and intraoperatively to lower positive margin rates. Using imaging to better define the extent of disease has been one approach, but has not yielded encouraging results. Results of the COMICE (ISRCTN57474502) and MONET (NCT00302120) trials, both evaluating the effect of preoperative MRI on margin positivity, failed to find any association.3,4 Interestingly, investigators in the MONET trial did find that there was a nonsignificant trend toward higher reexcision rates in the group randomized to preoperative MRI (45% vs 28%, respectively; P = .069).3 As a result, the American Society of Breast Surgeons recommended in their Choosing Wisely guidelines that breast MRI should not be used routinely in the preoperative staging of patients who recently received a diagnosis of breast cancer.5

Results of a number of studies found intraoperative imaging, specifically with ultrasound, to be helpful in reducing positive margin rates.6-8 Results of COBALT (NTR2579), a multicenter trial of 134 patients, demonstrated a dramatic reduction in positive margin rate (17% vs 3%; P = .0093)6; a similar reduction was observed by investigators of a smaller trial in India (n = 60), although this did not reach statistical significance (14.28% vs 3.22%; P > .05).9 Critical to this strategy is that the lesion be visible by ultrasonography.

For other nonpalpable tumors, a number of investigators have examined the effect of various modalities of localization on margin positivity. Although radioactive seeds are the most commonly used alternative to wire localization, there does not appear to be any difference in positive margin rates between these 2 techniques.10 In their meta-analysis of 5 randomized controlled trials, Wang et al found that the hazard ratio of radioactive seed relative to wire localization on positive margin rate was 0.85 (95% CI, 0.55-1.31; P = .46).10 Data for other techniques of localization are limited. Whereas some had postulated that bracketing lesions between 2 or more wires or seeds may reduce positive margin rates, this has not been found to be the case.11-14 In one of the largest studies evaluating this issue, Burkholder et al found no difference in margin positivity between those who had bracketing and those who did not (17.4% vs 25.6%, respectively; P = .11).14 After controlling for potential confounding factors in a multivariate analysis, Cordiner et al similarly found no difference between the 2 groups (24% vs 25%, respectively; P = .822).12

Intraoperatively, specimen radiography is critical to ascertain that the lesion has been removed, but it generally provides a 2-dimensional (2-D) image. Given that specimens are 3-dimensional (3-D), investigators have tried various methods to evaluate margins with specimen radiography in a 3-dimensional way. The results, however, have been disappointing. For example, Park et al compared digital specimen tomosynthesis with standard protocol from The University of Texas MD Anderson Cancer Center in Houston.

The center’s standard protocol involves slicing specimens and having both gross pathologic and 2-D specimen radiography of the sliced specimens.15 They found that the standard technique detected 16 of 19 positive margins; however, digital specimen tomosynthesis only found 14 of these.

A number of studies have found that intraoperative pathologic evaluation— although more time-consuming and perhaps resource-intensive—yielded somewhat better results. In a meta-analysis, St John et al found that frozen sections had an 86% sensitivity and 96% specificity for final positive mar- gins.17 Touch imprint cytology similarly had a 91% sensitivity and 95% specificity for the same.17

Novel technologies abound in a quest to reduce positive margin rates. One of the most well-known is MarginProbe, which uses radiofrequency spectroscopy to differentiate cancer from normal tissue in the lumpectomy cavity. Several randomized controlled trials have been done to evaluate this technology; however, results have demonstrated an approximate 6% absolute improvement in reexcision rates, which did not reach statistical significance. For example, Schnabel et al found in a trial of 496 patients that MarginProbe reduced the reexcision rate from 25.8% to 19.8% (P = .097).18 Similarly, Allweis et al, in a study of 293 patients, observed a decline of 18.6% to 12.6% (P = .098).19 In a small trial of 46 patients, Geha et al found the reexcision rate dropped from 35% to 4% (P<.05).20

Other technologies, including fluorescent markers, bioimpedance, optical spectroscopy, and elastography, are be- ing investigated. All entail a capital cost, of which surgeons must be cognizant.

Surgeons, however, continue to innovate in finding cost-effective means of improv- ing their technique to reduce positive margin rates. Among these advances are the use of oncoplastic surgery and/or resection of cavity shave margins. In their meta-analysis, Kosasih et al found that oncoplastic surgery was associated with nearly a 40% reduction in reexcision rates (HR, 0.64; 95% CI, 0.46-0.89).21 Others have evaluated the impact of resection of cavity shave margins on margin positivity and reexcision rates. Four randomized, controlled trials have evaluated this phenomenon, which uniformly found at least a 50% reduction in reexcision rates.22-25

However, these 2 techniques are not mutually exclusive. In the multicenter SHAVE2 trial (NCT02772731), investigators found that even among patients who had undergone an oncoplastic resection, the positive margin rate was lower with resection of cavity shave margins than it was in those who did not have shave margins taken (6.5% vs 33.3%, respectively; P=.001).23 This is particularly important given the reap- proximation of tissues in oncoplastic procedures, which can sometimes make it difficult to identify postoperatively the location of a given positive margin.

There are a number of tools to try to reduce positive margin rates. Not all have been uniformly successful, and none are perfect. Still, there is much work to be done in this space to ultimately overcome the challenge positive margins pose.