As FDA Review Approaches, Finn Reflects on the Utility of Pembrolizumab, Nivolumab in HCC

Richard S. Finn, MD, discusses the data with pembrolizumab and nivolumab that support their utility in hepatocellular carcinoma. 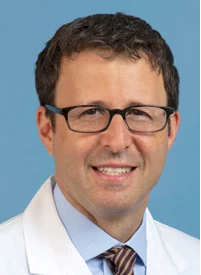 He added that although the second-line indications for both agents will be subject to review in an upcoming Oncologic Drugs Advisory Committee hearing, the agents will likely remain options in clinical guidelines.

“It’s been really valuable to have [these] options for patients, and from personal experience our patients are certainly alive today because they’ve had access to those drugs,” said Finn. “Pembrolizumab and nivolumab have accelerated approvals in the second-line setting as does ipilimumab [Yervoy]/nivolumab, and I think those will remain options for patients who have not received immunotherapy in the frontline setting. However, there will be an asterisk in the guidelines, so to speak, that they have not met their end points in phase 3 trials.”

In an interview with OncLive, Finn, professor of clinical medicine in the Department of Medicine, Division of Hematology/Oncology, Geffen School of Medicine at the University of California, Los Angeles (UCLA), and director of the Signal Transduction and Therapeutics Program at the Jonsson Comprehensive Cancer Center at UCLA, discussed the data with pembrolizumab and nivolumab that support their utility in HCC.

OncLive: Nivolumab and pembrolizumab have been available as single-agent second-line therapy for patients with HCC. What has been the effect on patients with having these treatment options available?

Finn: Nivolumab and pembrolizumab are FDA approved under an accelerated approval mechanism for second-line liver cancer. Generally, when [these drugs were studied], the frontline regimen was sorafenib [Nexavar]. Both drugs had a very significant response rate around 15% to20%, and importantly, [these responses] were durable. I say significant because typically with TKIs, we have not seen durable, double-digit response rates. [Nivolumab and pembrolizumab] have a very favorable safety profile. Initially, there was concern about high risk of autoimmune hepatitis or decompensated liver disease and how these drugs would interact with patients who have hepatitis B or C. However, those safety concerns never really materialized, at least no higher than our concerns in non-liver cancer populations.

While we have high level evidence and phase 3 data for regorafenib [Stivarga], cabozantinib [Cabometyx], and ramucirumab [Cyramza], the option to give patients immunotherapy in the second-line setting has been very important, because, more and more, we’re seeing patients who are receiving not only second-line treatments, but third-line treatments in liver cancer, even though only cabozantinib has been formally studied in that population. It’s important to have these options for patients, and some patients do really well. We just don’t have a biomarker or a way to select the patients who do well.

You were the lead author on the KEYNOTE-240 study that was intended as the confirmatory study for pembrolizumab monotherapy after sorafenib in patients with advanced HCC. Although the study did not reach statistical significance for overall survival (OS) and progression-free survival (PFS), the findings showed other benefits. Could you elaborate on the findings of the trial? In retrospect, was the prespecified statistical threshold for OS and PFS significance a meaningful end point?

The confirmatory study for full approval for pembrolizumab was a phase 3, double-blind, placebo-controlled study of pembrolizumab vs placebo for patients who progressed on or were intolerant to frontline sorafenib. The study really did confirm the activity of pembrolizumab. We saw a response rate of 18%, which was very durable.

However, the co-primary end points of the study were overall survival [OS] and PFS. Although we saw a numerical improvement in OS from about 10 months to just over 13 months––I think the delta was 3.3 months between the 2 arms––and a hazard ratio of, I believe, 0.78, the prespecified statistical plan included not only 2 co-primary end points, but several interim analyses. At the end of the day, the P threshold was not low enough; it had just missed that threshold to be considered statistically significant. However, clinical studies are not always black and white. Certainly, [not] to clinicians.

This study clearly showed that pembrolizumab helps a subset of patients and is well tolerated, confirming the safety data. The “near miss,” so to speak statistically, suggests that, had the study been designed differently from a statistical standpoint, either [if it had been] larger or not included as many interim analyses or co-primary end points, that very likely we could have hit that statistical endpoint.

The other thing is, which we can’t control, about 20% of patients in the placebo arm got immunotherapy at progression. We published several analyses that we did taking into consideration treatment beyond progression, and all these gave hazard ratios closer to our initial assumption. [This was] disappointing, no doubt, because technically [KEYNOTE-240] is a negative study. We can’t say otherwise. However, clinically, [the data] support the activity of pembrolizumab in second-line liver cancer.

Would you echo a similar sentiment for the CheckMate-459 trial, which tested nivolumab vs sorafenib as frontline therapy but did not reach statistical significance for an OS benefit?

Similarly, [nivolumab] was well tolerated and had a similar response rate [as in] the phase 1b study, CheckMate-040. Those responses were very durable and is an important option for patients. The difference is that [CheckMate-459 was done in the] frontline [setting], and now we do have immunotherapy in the frontline setting with atezolizumab and bevacizumab, but [nivolumab] may be an option for patients who are not candidates for that. The National Comprehensive Cancer Network does keep nivolumab as an option for patients who can’t get a VEGFR-targeted agent—either bevacizumab, lenvatinib [Lenvima], or sorafenib in the frontline setting. However, [CheckMate-459] similarly confirmed the activity of nivolumab.

Are combinations the future for first- and second-line therapies in HCC?

Do you think the results of the upcoming FDA hearing will affect current guidelines?

When we think about guidelines, those have to be evidence based. When I say evidence based, I mean high level evidence—hopefully, positive phase 3 studies. Some guidelines might remove [pembrolizumab and nivolumab] completely. Currently, in European guidelines, [pembrolizumab and nivolumab] don’t have high level recommendations because they’re not approved there, but in the United States, hopefully [these agents] will remain options for patients.