Ahead of this year's meeting, researchers are increasingly interested in the state of communication between patients and doctors on immunotherapy. 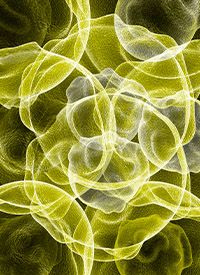 Oncologists are less willing to talk about immunotherapy options than patients would like, and new clinical trials are increasingly concentrated in certain geographical areas, affecting access to care, according to a sampling of abstracts in the care delivery category at the 2017 ASCO Annual Meeting, to be held June 2 to 6 in Chicago.

The studies also examine the degree to which oncologists’ prescribing patterns are affected by pharmaceutical industry payments and how patient choices about treatment location would be affected by greater awareness of chemotherapy drug shortages and drug substitutions.

Communication between patients and doctors on immunotherapy is hampered by patients’ preconceptions, according to a study from the Winship Cancer Institute and Emory University School of Medicine.1 The authors said the communication barrier most frequently cited by physicians was patients’ misconceptions about immunotherapy’s effectiveness.

The researchers were curious about the state of communication on immunotherapy, given that it is a promising new therapeutic approach in cancer treatment and few guidelines exist on what should be communicated between physicians and patients. Provider and patient preferences for information as well as barriers to communication were identified.

Patients said they were most interested in discussing treatment options, benefits, treatment logistics, and side effects with their providers. Providers said they felt the most important topics to discuss with patients were side effects, a realistic view of benefits, and treatment logistics. Whereas half of patients wanted to discuss treatment options, just 1 physician mentioned discussing options.Oncologists who receive pharmaceutical industry payments prescribe more of those company’s drugs, according to a study from The University of North Carolina at Chapel Hill.2 Researchers found that general payments, for meals, speaking fees, and lodging correlated with increased prescriptions, although less-consistent results were found for manufacturer research payments to oncologists.

The study began with the premise that financial relationships between physicians and pharmaceutical companies are numerous and have the potential to inappropriately affect prescribing patterns. “Oncology may be an ideal setting to study the influence of industry payments on physician drug choice given the high levels of competition for market share and high prices commanded by orally administered oncologic drugs,” the authors wrote.

The researchers narrowed the study to the prescription of on-patent drugs for metastatic renal cell cancer (mRCC) (sunitinib, sorafenib, and pazopanib) and chronic myeloid leukemia (CML) (imatinib, dasatinib, and nilotinib). “The primary, binary independent variable was receipt of payments from a manufacturer of 1 of these drugs in 2013; the primary dependent variable was choosing that manufacturer’s drug in 2014,” the authors wrote.

They found that physicians who received general payments from a manufacturer (meals, travel, lodging, and speaking/consulting fees) had a greater odds ratio (OR) of prescribing that manufacturer’s drug for both mRCC (OR, 1.78; 95% CI, 1.23-2.57; mean payments, $566) and CML (OR, 1.29; 95% CI, 1.13-1.48; mean payments, $166). They found that research payments were associated with increased odds of prescribing a manufacturer’s drug for mRCC (OR, 2.13; 95% CI, 1.13-4.00; mean payments, $33,391) but not CML (OR, 1.10; 95% CI, 0.83-1.45; mean payments, $185,763).Most oncologists have reported that their patients are intermittently affected by chemotherapy drug shortages, so a team of researchers from Brigham and Women’s Hospital and Dana-Farber Cancer Institute and City of Hope set out to examine patients’ awareness of shortages and whether these would affect their decisions about where to obtain treatment.3 Patients were generally unaware of chemotherapy drug shortages and said they would be inclined to change treatment centers if drug shortages led to differences in treatment effectiveness and side effects.

The study conducted in 2016 involved a survey that provided vignettes in which a substitute chemotherapy drug had either a major or minor difference in adverse events (AEs) or effectiveness. Sixteen percent of 420 respondents said they had heard of chemotherapy drug shortages. Of the 16%, those with a personal history of cancer were more likely to have heard of shortages (31% vs 14%; P = .03). Most respondents said they wanted to be informed about chemotherapy substitutions in the setting of both major (87%) and minor (83%) differences in AEs, as well as both major (87%) and minor (82%) differences in effectiveness.

A lower proportion, 61%, said they would transfer care if a substitute drug had a major side effect difference, and just 40% for minor differences. The researchers reported that 72% and 46% said they would transfer care if a substitute had major or minor differences in effectiveness, respectively. Among the respondents, 57% said publicly-reported shortage data would be a “big factor” in their choice of where to receive treatment.Lastly, a team of researchers from Washington reported increased inequality in the geographic distribution of cancer clinical trials launched in the United States since 2008.4

Authors of the study set out to understand trends in the geographical location of cancer clinical trials launched in the United States. Drawing from the ClinicalTrials.gov database, they obtained all the recruiting locations of public- and privately-funded phase II/III cancer clinical trials launched between 2008 and 2015.4 These locations were sorted by hospital service areas (HSAs), which are local healthcare markets defined by ZIP codes (n = 3436).

Researchers stated that “the underlying causes and consequences of such increasing concentration warrant further analysis given the importance in ensuring equitable geographic access to cancer clinical trials in the United States.” The study, to be presented at the ASCO meeting, was conducted by researchers from University of Washington, Fred Hutchinson Cancer Research Center, and the Hutchinson Institute for Cancer Outcomes.