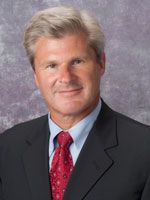 In addition, 1-year rates of progression-free survival (PFS) and overall survival (OS) were not different between the treatment groups. One-year PFS was 30.8% and 29.3% with the biosimilar and source product, respectively, and 1-year OS rates were 66.4% and 68.8%, respectively.

Current treatment guidelines recommend the use of bevacizumab plus chemotherapy as a first-line option for advanced nonsquamous NSCLCC in patients with a performance status of 0 or 1 without EGFR/ALK mutations, he noted.

A total of 719 patients with newly diagnosed histologically or cytologically confirmed stage IIIB or IV NSCLC or recurrent NSCLC were randomized in a double-blind fashion 1:1 to PF-06439535 (n = 358) or bevacizumab-EU (n = 361) plus paclitaxel/carboplatin on day 1 of an every 3-week cycle. That was followed by PF-06439535 or bevacizumab-EU blinded monotherapy as maintenance until disease progression or unacceptable toxicity.

Patients could not have known central nervous system metastases nor known sensitizing EGFR mutations or EML4-ALK translocations. The study was conducted in 159 centers in 27 countries. It was ongoing at the time of this analysis, with a data cut-off of May 8, 2017.

Sixty-five percent of the study population was male, 89% were white, and median age was 61 years. Approximately 30% were never smokers. Histologic classification was adenocarcinoma in 97% and 76% had stage IV NSCLC. About 30% of patients had prior treatment for NSCLC, primarily surgery (18%).

Treatment exposure was not different between the two arms, with a mean of 10.7 cycles of PF-06439535 and bevacizumab-EU administered. Bevacizumab treatment was discontinued in 73% in each arm, and the major reason for discontinuation was objective progression or relapse in each arm (43.0%, PF-06439535; 47.5%, bevacizumab-EU).

“No clinically meaningful differences in safety profile was shown in this trial, and similar PK and immunogenicity results were seen across treatment groups,” said Socinski.

In the safety population, grade ≥3 rates of hypertension, cardiac disorders, bleeding/hemorrhage, venous thromboembolism, and other adverse events (AEs) associated with bevacizumab were similar between the two arms. Grade ≥3 serious AEs in the safety population occurred in about 19% in each arm and were not statistically different between the two arms. The proportion of patients with grade-5 (fatal) serious adverse events was 5.3% with PF-06439535 and 5.9% with bevacizumab-EU.

Peak and trough serum drug concentrations overlapped between the two arms in the PK population.

The overall rate of post-treatment anti-drug antibodies and neutralizing antibodies was low and comparable between groups.