The annual update on oncology treatment highlights the most impactful clinical cancer research and policy developments over the past year in CAR T-cell therapy.

Saying that the treatment is “poised to transform the outlook for children and adults with certain otherwise incurable cancers,” ASCO has selected CAR T-cell therapy as its Advance of the Year.

ASCO made the announcement today as part of Clinical Cancer Advances 2018: ASCO's Annual Report on Progress Against Cancer. The annual update on oncology treatment highlights the most impactful clinical cancer research and policy developments over the past year.

ASCO President Bruce E. Johnson, MD, said in a press release that the emergence of CAR T-cell therapy is the payoff for decades of investment by the National Institutes of Health, academic medical centers, and the pharma/biotech industry in the basic sciences of immunology, cancer biology, and genetics.

“It is remarkable to see these decades of effort come together to create this whole new type of treatment, as well as other precision medicine approaches that offer hope to people with advanced cancer,” he said. “While we still have work to do to make these treatments accessible to patients everywhere and more tolerable, the successes of CAR T-cell therapy demonstrate the profound impact new treatments could make to markedly extend the lives of people with cancer.”

Tisagenlecleucel, developed by the University of Pennsylvania and Novartis, was the first CAR T-cell therapy approved by the FDA.

“The FDA approval of the first CAR T-cell therapy marked a major turning point in the way we approach the treatment of cancer,” David L. Porter, MD, a CAR research team leader and director of Blood and Marrow Transplant in the Abramson Cancer Center at the University of Pennsylvania, said in an email to OncLive.

“The patients who participated in the early clinical trials of this therapy at Penn starting nearly 8 years ago are pioneers, whose stories are now part of medical history. Our experiences developing this therapy and caring for these patients have revolutionized our belief about what is possible in oncology, and galvanized us as we move into adapting CAR T-cell therapies for the treatment of solid tumors,” added Porter.Tisagenlecleucel won approval based on results from the phase II, single-arm, international ELIANA trial of 63 patients who received a single dose of tisagenlecleucel. The overall remission rate was 82.5% (95% CI, 70.9-91.0) in treated patients. Forty patients (63%) had complete remission (CR) and 12 (19%) had complete remission with incomplete hematologic recovery (CRi). All patients who had CR or CRi also had negative minimal residual disease status in the bone marrow.

In ZUMA-1, patients were enrolled into 2 cohorts consisting of those with DLBCL (n = 77) and those with PMBCL or TFL (n = 24). Axi-cel was administered as a single infusion of modified autologous T cells at a target dose of 2 x 106 CAR-positive T cells/kg.

All patients had chemorefractory disease and had received a median of 3 prior lines of therapy, with 54% refractory to 2 consecutive lines of therapy. Overall, 79% of patients were refractory to their last line of chemotherapy without having received prior autologous stem cell transplant (ASCT) while the remainder had relapsed within 12 months of ASCT.

Thirteen percent of patients experienced CRS and 28% experienced neurologic events. There were 4 fatal events in the study, 3 of which were deemed related to axi-cel, a hemophagocytic lymphohistiocytosis, a cardiac arrest in the setting of CRS and a cerebral edema in the setting of grade 3 CRS with multiorgan failure.

In updated ZUMA-1 findings presented at the 2017 ASH Annual Meeting, axi-cel maintained a CR rate of 40% across the study population, with a median follow-up of 15.4 months. Forty-two percent of patients treated with axi-cel remained progression-free and 56% remained alive. The 18-month progression-free survival rate was 41% and the 18-month OS rate was 52%. 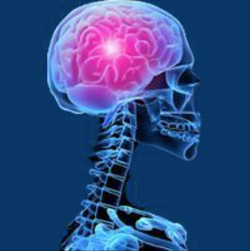 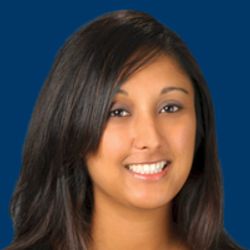