The triplet regimen of atezolizumab, cobimetinib, and vemurafenib was found to improve progression-free survival compared with cobimetinib/vemurafenib plus placebo in patients with previously untreated BRAF V600 mutation–positive advanced melanoma. 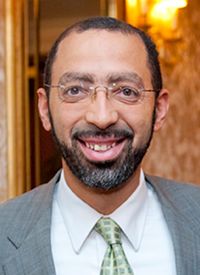 Additionally, data showed that the known safety profile of the 3-drug regimen was consistent of each agent alone. Results of the trial will be presented at an upcoming medical meeting and will also be discussed with the FDA and European Medicines Agency.

"By combining a cancer immunotherapy with targeted therapies, we hope to offer a new approach that improves outcomes for people with advanced, BRAF-mutant melanoma," Levi Garraway, MD, PhD, chief medical officer and head of Global Product Development, Genentech (Roche), stated in a press release. "We look forward to discussing the results with health authorities around the world."

To be eligible for enrollment, patients had histologically confirmed metastatic or unresectable locally advanced melanoma, were treatment-naïve and had BRAF V600 mutation—positive disease, an ECOG performance status of 0 or 1, measurable disease according to RECIST v1.1 criteria, and a life expectancy of ≥18 weeks. Those who had major surgery within 4 weeks of starting study treatment, an active malignancy other than the melanoma, or had untreated or actively progressing central nervous system lesions were excluded from enrollment.

Earlier findings of this triplet regimen were presented at the 2016 Society for Melanoma Research Annual Meeting.2 In cohort 4 of a phase Ib trial, patients with metastatic or unresectable BRAF-mutant melanoma were treated with atezolizumab in combination with cobimetinib and vemurafenib. The median age was 50 years and patients had not received a prior PD-1 or BRAF/MEK inhibitor. A majority of patients had a normal lactate dehydrogenase (81.5%) and an ECOG performance status of 0 (83%). The stage of disease ranged from IIIc (27%) to M1c (20%).

At the data cutoff of June 15, 2016, 30 patients had received ≥1 dose of atezolizumab. The response rate with the triplet was 83%, which included 3 complete responses (10%) and 21 partial responses (PRs). Overall, 29 patients were evaluable for response, with 1 patient experiencing primary progressive disease. At the time of the analysis, median DOR and PFS were not yet reached.

Grade 3/4 AEs were experienced by 40% of patients treated with the combination, of which 27% were deemed atezolizumab related. There were 3 treatment-related serious AEs, which included 1 patient with elevated creatine phosphokinase, 1 case of sepsis, and 1 patient with diarrhea and alanine aminotransferase/aspartate aminotransferase elevation. These events were resolved with dose interruptions and/or dose reductions.

In 2015, the FDA approved the combination of cobimetinib and vemurafenib in 2015 as a treatment for patients with BRAF-positive metastatic or unresectable melanoma, based on earlier findings of the phase III coBRIM trial.

Five-year findings of coBRIM study were recently presented at the 16th International Congress of the Society for Melanoma Research.3 The study included 495 treatment-naïve patients with BRAF V600E/K—positive unresectable locally advanced or metastatic melanoma. Patient demographics were well balanced across the 2 arms, including disease stage, ECOG performance status, age, and geographic region. More than half of patients had stage IV, M1c melanoma.

Patients were randomized to continuous vemurafenib at 960 mg twice daily plus either placebo (n = 248) or 60 mg of cobimetinib once daily on days 1-21 of a 28-day cycle (n = 247). The primary endpoint of the study was PFS, with secondary endpoints including OS, ORR, and DOR.