A new drug application has been submitted to the Taiwan Food and Drug Administration for avapritinib for the treatment of adult patients with unresectable or metastatic gastrointestinal stromal tumor harboring PDGFRA exon 18 mutations, including PDGFRA D842V mutations, according to CStone Pharmaceuticals, a partner of Blueprint Medicines. 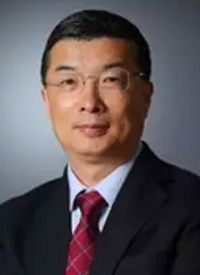 A new drug application has been submitted to the Taiwan Food and Drug Administration for avapritinib for the treatment of adult patients with unresectable or metastatic gastrointestinal stromal tumor (GIST) harboring PDGFRA exon 18 mutations, including PDGFRA D842V mutations, according to CStone Pharmaceuticals, a partner of Blueprint Medicines.1

The application is based on data showing that avapritinib induced an overall response rate (ORR) of 84% in patients with advanced GIST with a PDGFRA exon 18 mutation, including PDGFRA D842V mutations. The submitted data also showed that the median duration of response (DOR) was not reached and 61% of these patients had a DOR ≥6 months.

"GIST is a rare tumor type, and PDGFRA D842V mutant GIST is resistant to currently approved therapies in Greater China. In addition to Taiwan, we plan to submit an NDA for the same indication in Mainland China in the first half of this year with the goal of benefitting more patients suffering from this devastating condition," Frank Jiang, MD, PhD, chairman and CEO of CStone, said in a press release.

The FDA approved avapritinib (Ayvakit) in January 2020 for the treatment of adult patients with unresectable or metastatic GIST harboring a PDGFRA exon 18 mutation, including PDGFRA D842V mutations.2

The approval was based on efficacy results from the phase I NAVIGATOR trial, as well as combined safety data from multiple studies of avapritinib. In the specific PDGFRA exon 18—mutant patient population, avapritinib elicited an 84% ORR (95% CI, 69%-93%). The ORR comprised a 7% complete response (CR) rate and a 77% partial response (PR) rate. Specifically in patients with PDGFRA D842V mutations, the ORR was 89% (95% CI, 75%-97%), which included an 8% CR rate and an 82% PR rate. The median DOR was not reached in either patient population (range, 1.9+ months to 20.3+ months).

In August 2019, the FDA granted a priority review designation to a new drug application (NDA) for avapritinib for the treatment of adult patients with PDGFRA exon 18—mutant GIST, regardless of prior therapy, as well as for patients with GIST in the fourth-line setting.3 The initial action date for the FDA was February 14, 2020. In October 2019, the FDA informed Blueprint Medicines that it intended to split the proposed indications for its agent avapritinib into 2 separate NDAs for patients with GIST: one for patients with PDGFRA exon 18—mutant disease regardless of prior therapy, and one for fourth-line GIST.4

At the time, that the FDA stated it would split the avapritinib NDA into 2 indications, the agency also requested topline findings from the phase III VOYAGER trial (NCT03465722) of avapritinib versus regorafenib (Stivarga) in the third- or fourth-line setting for patients with GIST; the data are slated to become available in the second quarter of 2020. The agency stated that the results would be informative in its review for the fourth-line indication and in determining avapritinib’s clinical benefit through response rates and safety in this patient population. The current deadline for the FDA to decide on the fourth-line indication is May 14, 2020.

The company also previously announced that it had completed patient screening in the VOYAGER trial; patient enrollment was expected to be completed by the end of November 2019. Blueprint Medicines added that it planned to prioritize completion of the VOYAGER trial, yet delay initiation of the phase III COMPASS-2L trial, which is evaluating avapritinib in second-line GIST. Should avapritinib receive initial approval, Blueprint Medicines plans to submit a supplemental NDA to the FDA for avapritinib for third-line GIST in the second half of 2020.

In the open-label, dose-escalation/dose-expansion phase I NAVIGATOR (NCT02508532) trial, investigators explored the clinical activity of avapritinib at the recommended phase II dose of 300 mg once daily and the maximum-tolerated dose of 400 mg daily in patients with GIST who had PDGFRA exon 18 mutations (n = 43) or in in the fourth-line setting (n = 121).5

The key endpoints were ORR, DOR, and safety.

As of the data cutoff date of November 16, 2018, most patients were able to remain on treatment with dose modifications when needed. The relative dose intensity was 86% at 300 mg daily and 73% at 400 mg daily.

The safety profile of avapritinib in patients with unresectable or metastatic GIST was evaluated in 204 patients who received avapritinib at 300 mg or 400 mg once daily in the NAVIGATOR trial.

Enrollment for a second-line cohort in NAVIGATOR is complete, and an analysis is pending.