Results showed that in the intent-to-treat population, 69.5% of patients who received the oral thrombopoietin receptor agonist versus 72.5% of those who received placebo were determined to be responders for the primary end point (P = .72). These rates were 85.0% and 84.4% for avatrombopag and placebo, respectively, in the per-protocol population (P =.96).

The data indicating that the patients in the placebo arm experienced such a low incidence of dose delays and reductions was unexpected, according to Swedish Orphan Biovitrum AB. The topline safety findings supported the toxicity profile previously observed with the agent. Moreover, the profile was found to be similar to that of placebo in this patient population.

“While we are disappointed that avatrombopag failed to show efficacy in chemotherapy-induced thrombocytopenia, we are deeply grateful to the patients, investigators, and clinical site staff who contributed to the study’s completion,” said Guido Oelkers, chief executive officer and president of Sobi.1 “Due to the lack of approved treatment we firmly believe that avatrombopag could benefit patients with chemotherapy-induced thrombocytopenia. We were pleased to see that few patients required platelet transfusions or dose modifications in this study and were able to receive their chemotherapy without interruption.”

The approval was supported by two phase 2 clinical trials and 2 phase 3 studies in thrombocytopenia in patients with chronic liver disease. Moreover, safety data for the agent were considered across a total of 24 studies in the drug’s clinical development program.

In the phase 3 Amendment 02 trial, investigators examined the efficacy of the agent in combination with standard of care (SOC) versus placebo plus SOC in adult patients with immune thrombocytopenia who received more than 1 previous treatment for their condition, as measured by cumulative number of weeks of platelet response over 6 months with once-daily treatment.2

A total of 49 out of 100 patients who underwent screening were determined to be eligible for inclusion on the trial. These patients underwent randomization to either the avatrombopag arm (n = 32) or placebo (n = 17). The trial was comprised of a core and extension phase.

In the core study, the duration of exposure was reportedly longer in the investigational arm, with 81.3% of participants receiving the oral thrombopoietin receptor agonist over the course of 18 weeks, 53.1% receiving the agent over 26 weeks, and 6.3% over 30 weeks. Only 17.6% of patients on the control arm were exposed to study treatment over 18 weeks; only 1 patient had exposure for over 26 weeks. In both the core study and extension phase, the mean duration of exposure to avatrombopag was 43.9 weeks, and the longest exposure to the agent was 75.7 weeks.

Results favored avatrombopag with regard to the cumulative number of weeks of platelet response with a significantly longer duration of a platelet count of 50 or higher x 109/l in the absence of rescue therapy compared with placebo (median: 12.4 weeks vs 0.0 weeks; mean: 12.0 weeks vs 0.1 weeks; P <.0001). Additionally, a greater platelet response rate was reported in those who received avatrombopag at day 8 compared with those who received placebo, at 65.6% versus 0%, respectively (P <.0001). 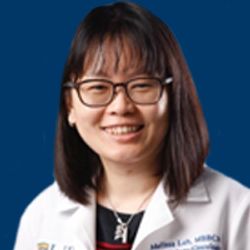 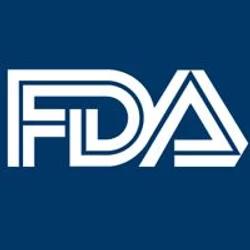 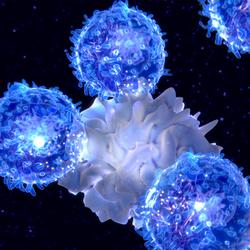