The GAS6/AXL inhibitor AVB-500, when combined with paclitaxel, elicited clinical benefit with favorable tolerability in patients with platinum-resistant ovarian cancer, according to data from a phase 1b study.

The GAS6/AXL inhibitor AVB-500, when combined with paclitaxel, elicited clinical benefit with favorable tolerability in patients with platinum-resistant ovarian cancer, according to data from a phase 1b study (NCT03639246) presented during the 2021 SGO Virtual Annual Meeting on Women’s Cancer.1

Among patients treated with the combination, the objective response rate (ORR) was 36.8% for the entire cohort (n = 19). Patients who had AVB-500 trough levels above minimal efficacious concentration (MEC; n = 10) experienced an even higher ORR of 50.0% with the combination, while those with no prior exposure to bevacizumab (Avastin; n = 9) reported the highest ORR of 66.7%. Additionally, investigators noted that the proprietary serum soluble AXL/GAS6 ratio may be able to determine patients who will best respond to treatment.

When the ligand GAS6 binds to the receptor tyrosine kinase AXL, it can lead to therapy resistance and induce the epithelial mesenchymal transition, lead study author Katherine Fuh, MD, PhD, assistant professor in Obstetrics and Gynecology at the Washington University School of Medicine and surgeon in Gynecologic Oncology at Siteman Cancer Center, said during a presentation on the data from the early-phase research.

AXL activation can then lead to cell proliferation, cell motility, and cell survival. Additionally, it has been shown that chemotherapy-resistant tumors have higher AXL expression by immunohistochemistry than tumors that are sensitive to chemotherapy, and tumors with no recurrence, Fuh added. Moreover, high AXL expression is known to be associated with poor progression-free survival (PFS) and poor overall survival (OS).

“We found that increased AXL expression is associated with increased RNA expression of drug resistance transporters ABCA3 and ABCB9,” Fuh said. “This is associated with patients who are alive with disease or dead [from] disease, compared with those who have no evidence of disease. We also found that inactivation of AXL leads to increased accumulation of paclitaxel, which is one of the mechanisms for how inhibition of AXL improves sensitivity to paclitaxel.”

AVD-500 is a novel, high-affinity, AXL decoy protein that binds GAS6 and inhibits GAS6/AXL signaling. The decoy receptor was designed to have very high affinity for GAS6 by utilizing a protein engineering strategy, which resulted in a 200-fold greater affinity than native AXL. AVB-500 has also demonstrated a favorable safety profile in a normal healthy volunteer study.2,3 As such, this phase 1b trial is the second trial examining AVB-500, according to Fuh.

To be eligible for enrollment, patients had to have high-grade serous ovarian cancer (HGSOC), endometrioid cancer, or undifferentiated adenocarcinoma that was resistant to platinum. Additionally, participants had to have received 1 to 3 prior lines of therapy and have an ECOG performance status of 0 or 1.

Clinical activity with AVB-500 in the paclitaxel cohort appeared higher compared with the PLD cohort, despite the higher rate of poor prognostic factors in that group, noted Fuh. When evaluating the 10-mg/kg and 15-mg/kg cohorts within the paclitaxel group collectively, results showed 2 complete responses (CR; 10.5%) and 5 partial responses (PR; 26.3%). In the PLD group, when evaluating both dosing cohorts collectively, no CRs were observed, but there were 4 PRs (16.0%).

“These data led to the recommended phase 2 dose of 15 mg/kg, given this was the primary objective of the trial,” Fuh said.

In terms of safety, the majority of patients in both cohorts experienced at least 1 treatment-emergent adverse effect (TEAE). The most common TEAEs reported in the paclitaxel cohort included fatigue (26.1%), infusion-related reaction (21.7%), anemia (21.7%) and nausea (13%).

In the phase 3 GOG 3059/ENGOT OV66 trial, investigators will compare weekly AVB-500 in combination with paclitaxel vs weekly paclitaxel alone. The trial is anticipated to begin enrollment in Q1 2021. 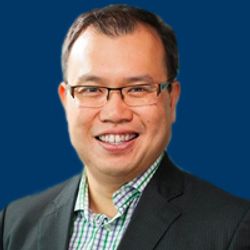 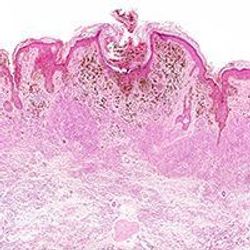