Aarti Bhatia, MD, discusses the rationale for investigating berzosertib in this patient population, key updates from the phase 1 trial, and how these findings support the need for continued research of novel regimens in HNSCC. 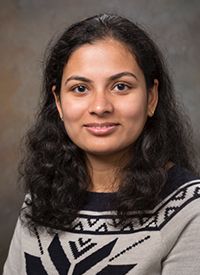 Data from a phase 1 trial (NCT02567422) of the first-in-class ATR inhibitor berzosertib (M6620) plus standard cisplatin and radiation indicates that the combination is both safe and well tolerated in patients with locally advanced, HPV-negative head and neck squamous cell carcinoma (HNSCC), according to Aarti Bhatia, MD.

Initial efficacy findings, which were presented at the 2022 ESMO Congress, showed that the objective response rate was 72.4%; 41.4% of patients demonstrated a complete response to treatment with the combination and 31.0% exhibited a partial response. Additionally, the highest dosage of 200 mg/m2 was found to be safe in these patients and was established as the recommended phase 2 dosage (RP2D).

“[Overall,] it's a bit too soon [to know] how [berzosertib is] going to actually change the treatment paradigms, but [it is] definitely worthy of more investigation,” said Bhatia, who is an associate professor of medicine at Yale School of Medicine and a medical oncologist at Smilow Cancer Hospital at Yale, New Haven, Connecticut.

In an interview with OncLive®, Bhatia discussed the rationale for investigating berzosertib in this patient population, key updates from the phase 1 trial, and how these findings support the need for continued research of novel regimens in HNSCC.

OncLive®: What was the rationale for evaluating the addition of berzosertib to chemoradiation in this patient population?

Bhatia: Patients with locally advanced head and neck cancers are typically treated with chemotherapy and radiation, but there's still room to improve outcomes for those in high-risk subgroups. [These include] typically HPV-negative patients with bulky nodal disease or larger primaries. The drug that we explored was an ATR inhibitor. Tumor cells that have inactivated P53 or ATM are sensitive to ATR inhibition, and HNSCC has a large proportion of tumors which are deficient in TP53 function.

Could you expand on the trial design and patient selection process?

This was a phase 1 trial looking to explore the safety and tolerability of berzosertib, which is an ATR inhibitor, in combination with cisplatin and radiation, which is the standard backbone for treatment of patients with locally advanced HNSCCs. We also aimed to establish the recommended phase 2 dose [for this combination by including an] expansion cohort of patients in which we used [this dosage].

This trial was open for patients with stage III/IV locally advanced disease, [rather than] metastatic HNSCC. We excluded patients with primaries in the nasopharynx, skin, and salivary glands. Patients who had unknown primaries were also eligible for study enrollment, regardless of HPV status.

What were key findings that were presented at the ESMO Congress?

About 72% of patients in this study had a partial or complete response to treatment. There were some deaths recorded, but none were directly attributed to the study drug. [They] resulted either from the disease itself or from complications [from] treatment, such as mucus plugging aspiration pneumonia. [Therefore,] we thought the combination was safe and well tolerated in this patient population. We were [also] able to establish a phase 2 dose, and expect to explore this combination more in a phase 2 or 3 setting.

[Notably,] data for other response outcomes, such as progression-free survival and overall survival, is still immature because surveillance is still ongoing for many patients in this study.

How could this research affect the future standard of care for this patient population?

[Although] we found a signal of activity [in this study], it’s still too early to know if [the addition of berzosertib is] going to improve on the current standard of care. [If it does] change the it in the near future, [berzosertib] would be pitted against [another drug], xevinapant [Debio 1143], with chemoradiation [for further study]. We just saw the results [from a phase 2 study of xevinapant showing that] 3-year PFS and OS data were significantly improved. That improvement in standard outcomes is [sustained in] prolonged follow-up with xevinapant [in this same patient population].

The standard treatment landscape for locally advanced disease hasn't changed in decades. It still is cisplatin, and radiation. It's high time we found some new drugs [that could] change the treatment paradigm for our patients. I'm hopeful that xevinapant and [berzosertib] will be a step in that direction.

EP: 5.Yale Research to be Presented at 2021 ASCO Annual Meeting

EP: 6.Dr. Bewersdorf on the Role of Allogeneic Transplant in Myelofibrosis

EP: 19.Dr. Fernandez on the Need to Refine Immunohistochemistry Testing in HER2+ Breast Cancer

EP: 20.Dr. Fernandez on the Utility of Trastuzumab Deruxtecan in HER2-Low Breast Cancer

EP: 24.Addition of Bevacizumab to Ixabepilone Is Effective, Tolerable in Platinum-Resistant Ovarian Cancer 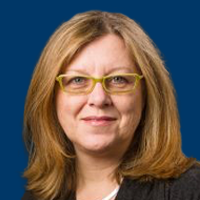