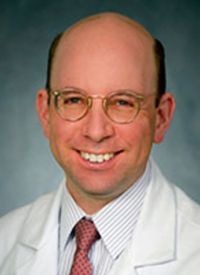 In 2022, the European LeukemiaNet (ELN) updated its AML recommendations based on a growing understanding of the disease’s molecular pathogenesis. This update includes revisions on genetic risk classification, response criteria, and treatment recommendations.1

“This is an exciting time in the AML therapeutic community,” Perl said in an interview with OncLive® following the 40th Annual CFS® meeting. “We’re learning more about what makes this disease tick, and more importantly, how to use that information to guide our therapy.”

In the interview, Perl, an associate professor of medicine at the Hospital of the University of Pennsylvania in Philadelphia, discussed the implications of the updated ELN guidelines, how genetic testing guides treatment in this disease, and ongoing research investigating novel AML targets such as NPM1 mutations or KMT2Atranslocations.

OncLive®: Could you map out the evolution of the ELN guidelines and how their current iteration affects the treatment of patients with low- to intermediate-risk AML?

Perl: The ELN has released guidelines for the diagnosis, risk prognostication, management, and monitoring of patients with AML over the past 12 years. The first guidelines came out in 2010, and they were updated in 2017 [and again] in 2022.

The most recent guidelines are [substantially more complex than] what had been previously released in 2017. [We had] difficulty with the 2017 guidelines because, while they incorporated numerous advances that were happening in the field based on the molecular genetics of AML, they were released right before the explosion of new drugs to treat patients with the disease. It was hard to look at those guidelines and change our therapies for patients based on what we saw. The new guidelines use several gene mutations to risk stratify patients, as well as traditional karyotyping, and they also recommend the use of minimal residual disease [MRD] monitoring.

[In my CFS® presentation], I gave an overview of how to approach the diagnostic workup, timing of therapy initiation, and MRD monitoring in favorable- or intermediate-risk patients. Particularly, [I focused on] patients with core binding factor rearrangements or NPM1 mutations. With commercially available testing labs, we can better risk stratify our patients and allocate therapy so that the most favorable-risk patients don’t get overtreated and the less favorable-risk patients, those who have intermediate- or favorable-risk genetics with MRD, can be steered over to more aggressive approaches, such as transplant.

Given the heterogeneity of AML, how does up-front genetic testing help inform treatment?

Some of these differences with the new therapies are huge. Gemtuzumab ozogamicin [Mylotarg], as a single agent, had activity but didn’t have a prominent improvement in overall survival [OS] in the relapsed/refractory setting. When that drug was moved to the frontline, it was hard to see significant improvement for that drug’s addition to intensive chemotherapy until we started looking at beta analyses with large numbers of patients segregated by their genetic risk.

In patients with core binding factor [rearrangements], the OS improvement from adding gemtuzumab to induction and consolidation therapy [increased by at least] 20%, which is huge. These are patients who are generally not transplanted, so that’s a big improvement. It argues that we should look for those patients, so we can give them the best therapy and not use a one-size-fits-all approach.

Similar improvements, perhaps not quite as big, have been seen in patients with FLT3 mutations, who have seen substantial outcome improvements from several modalities. Two randomized, placebo-controlled studies show significant improvements in OS when FLT3 inhibitors are added to frontline chemotherapy.

The phase 3 RATIFY trial [NCT00651261] with midostaurin [Rydapt] led to that drug’s approval because of improved survival for patients with FLT3-ITD and FLT3-TKD–positive AML. The [phase 3] QuANTUM-First study [NCT02668653] with quizartinib showed a similar improvement in OS in a higher-risk group. This trial included older patients and only those with FLT3-ITD AML. [These results showed] better OS and flat survival curves, suggesting more cures.

It’s important to determine a patient’s genetic risk profile and targets for therapy so you can add the right therapy early on in treatment. That leads to long-term gains.

What unmet needs still exist for this population, and how might they be addressed in future clinical trials?

We know how to do MRD testing for patients with recurrent gene rearrangements, such as core binding factor rearrangements or NPM1 mutations, but for many patients, we don’t have an ideal monitoring system. Flow MRD is nice, but it’s difficult to give that to the masses or do it in multiple centers. If there were a better way to do MRD testing, we’d be able to better allocate the intermediate-risk patients into who needs transplant and who doesn’t. That’s an area where we’re still trying to make advances.

The other question is: Do we need intensive chemotherapy for every patient? One question asked by the audience [at CFS®] was: What’s the role of MRD testing in lower-intensity therapy? There’s an established role for MRD testing in high-intensity therapy, but we can use a similar approach in patients treated with venetoclax [Venclexta] and azacitidine [Onureg] and show that there are higher-risk and lower-risk patients.

[However, we don’t know] whether we can change our therapies based on those results because the study from which those data were obtained treated older patients who were treated indefinitely, if they were responding and tolerating treatment. We don’t yet know whether we can use a similar approach for younger patients and give them a shorter-course, lower-intensity therapy [if they] become MRD negative. That question is being tested in randomized trials of higher-intensity vs lower-intensity therapy, 7+3 chemotherapy vs venetoclax and azacitidine, but it’s an ongoing study, and we don’t have the data yet.

What ongoing research in AML intrigues you?

Some of the areas I’m interested in are novel targets that are emerging and the payoff of novel agents targeting recurrent mutations in AML. One of the classes that [many of us] are excited about are the drugs that inhibit a protein called menin, which is involved in a complicated transcriptional complex that regulates hematopoiesis through epigenetic mechanisms. This is particularly important for patients who have translocations of the KMT2A gene, also known as MLL on 11Q23, or [those who have] mutations in NPM1.

Studies of many drugs that target menin and its interaction with MLL are being done right now. These are currently single-agent trials, but combinations are likely going to happen soon. These drugs are showing clinical activity, including complete remissions, many of which are MRD negative, which is exciting in patients with aggressive, advanced disease that has been difficult to treat in the past. That’s promising.

Immunotherapy is an area that we’d love to see great advances in but that’s been slow to establish itself. Some of the more promising drugs include those targeting CD47, such as magrolimab, which is in phase 3 testing right now in combination with hypomethylating agents [with or without] venetoclax in myelodysplastic syndrome [MDS] and AML. [We’re all] excited to see updates on that effort.

Lastly, there are new emerging targets and an increased use of IDH-targeted therapy. A big question right now is: Where should those drugs be used? Should they be used in the frontline? Should they be used in relapsed and refractory disease? There are many areas we can point to with exciting new drugs, and we should pay attention at the ASH [Annual Meeting and Exposition] and other upcoming meetings for the new data coming out.

What is your primary message for colleagues regarding these AML treatment updates?

The new guidelines from the ELN are unfortunately still complicated. A complicating factor has been the disagreement in the pathology community as to how to classify myeloid neoplasms. There are competing classification schemes from the International Consensus Classification and the World Health Organization, and the ELN adds to that issue [the question]: Now that we have these classifications, how do we integrate them with our practice? These disagreements are leading to many [of us wondering] how we should look at the data and use it in clinical practice.

The ELN guidelines have complexities that require looking at the fine print. Whether this is how you define a CEBPalpha mutation, how you define a TP53 mutation, or whether you use a 10% blast percent to say [a disease] is AML vs MDS, it’s getting harder to define how we use the older literature to inform our current therapies with these changes in the classifications. This will be worked out, and there is going to be more agreement than disagreement, but it will take some time.

What I like about the current ELN guidelines is that they are more detailed. For years, we’ve been getting these reports saying [our patients have certain] mutations, [but we haven’t known] how to integrate that into practice based on data. This gives us a roadmap for how to use those data to better allocate appropriate therapies for patients and ultimately get better outcomes.

Editor’s note: This interview was conducted prior to the 2022 ASH Annual Meeting.