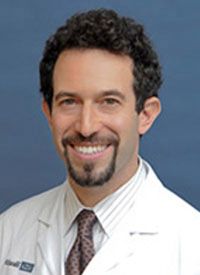 Between the approvals of next-generation TKIs as go-to frontline regimens for patients with EGFR- and ALK-positive non—small cell lung cancer (NSCLC) and the utility of liquid biopsies, these advances have transformed the paradigm of biomarker-driven disease, explained Jonathan W. Goldman, MD.

“The advances for EGFR-, ALK-, and ROS1-positive diseases have been dramatic and really meaningful for patients, even in the last few years,” said Goldman. “We have new drugs with better tolerability, meaning patients are living longer and feeling better. It's very satisfying to treat patients with those drugs.”

Moreover, immunotherapy could still play a role in these patients with biomarker-driven NSCLC. In the IMpower150 trial, an exploratory analysis included a subgroup of patients with EGFR-mutant disease. Results showed that the median overall survival (OS) was not reached with the combination of atezolizumab (Tecentriq), bevacizumab (Avastin), carboplatin, and paclitaxel compared with 18.7 months for those who received bevacizumab and chemotherapy alone (HR, 0.61; 95% CI, 0.29-1.28).1,2 In those with EGFR sensitizing mutations, the median OS was not reached versus 17.5 months, respectively (HR, 0.31; 95% CI, 0.11-0.83).

Additionally, the utility of liquid biopsies has proven to be a quicker method to detect molecular abnormalities in a patient’s tumor and potentially put them on a targeted treatment compared with standard tissue biopsy, said Goldman, adding that this addition to the oncology armamentarium has transformed practice.

In an interview during the 2020 OncLive® State of the Science Summit™ on Lung Cancer, Goldman, an associate professor at the Jonsson Comprehensive Cancer Center, University of California, Los Angeles, discussed the current landscape of biomarker-driven lung cancer.

OncLive: What is the state of treatment for patients with NSCLC who have EGFR, ALK, and ROS1 abnormalities?

Goldman: There are many new drugs. For EGFR, we are mostly focusing on osimertinib (Tagrisso), which is an oral drug that is well tolerated with few adverse events, and most patients get a very significant benefit.

For ALK, a lot of the patients are being treated in the first-line setting with alectinib (Alecensa). It has a lot of the same characteristics [as osimertinib], such as it is a well-tolerated and oral drug. Patients often live years without cancer progression and do not even have to come into the office more than once every few months.

ROS1-positive disease is relatively rare, but we have 2 drugs now that we can use. Both of them are quite effective with patients living years while taking an oral drug. These are wonderful ways to treat patients with metastatic lung cancer, and it helps them keep a good quality of life.

How else have these targeted therapies impacted outcomes for lung cancer?

Targeted drugs for lung cancer have revolutionized the field. Previously, patients were getting chemotherapy across the board with relatively low rates of benefit, and the duration of benefit was relatively short. We're now able to have patients live longer and feel better. There used to be a lot of tradeoffs that we had to make, where sometimes patients would wonder whether treatment was worthwhile. We no longer have to make those [tradeoffs], at least not early on in a patient's treatment course. These new drugs have revolutionized the choices for patients.

What are your views on using immunotherapy in patients with biomarker-driven NSCLC?

In other fields of lung cancer, we have really embraced immunotherapy, either alone or with chemotherapy. For big groups of patients, that's the optimal therapy. There have been some questions on some of these cancers that are mutation-dependent, such as EGFR or ALK. It's clear that the benefit rate of immunotherapy by itself is lower [in these patients] than those with nonbiomarker—driven lung cancer. There is benefit to chemoimmunotherapy, however, for patients with EGFR- and ALK-positive disease.

The main example of this is the IMpower150 trial, which evaluated a regimen of 4 drugs. In the study, there was a relatively small group of patients with EGFR mutations and an even smaller group with ALK fusions. The data suggest that adding in immunotherapy, the PD-L1 inhibitor atezolizumab (Tecentriq), is helpful for those patients, but [the benefit in this population] wasn't designed as a primary endpoint of the trial. There probably are not enough patients to say this is definitive, but there is enough evidence to consider it as an option after one has used the available targeted therapies.

How have liquid biopsies impacted biomarker testing in lung cancer?

Liquid biopsies are almost equivalently revolutionary in our field. A lot of tissue biopsies take at least 1 week to schedule, it takes another couple of weeks to get the test set up, and another week to get the results. With liquid biopsies, we're often getting the results in a week. If for whatever reason patients don't have tissue results when they come in for their initial evaluation, you can do a blood test and have [the patient] come back 1 week later—often with a well-formulated treatment plan.

Further, these blood tests are a next-generation sequencing technique, meaning you're not testing for 1 mutation or a small handful of mutations, but often 70 or more mutations at a time.

They're not quite as sensitive as the standard tissue tests. However, when you find a mutation, it's a dependable result. Liquid biopsies have been significant in getting patients on the appropriate treatment faster. We're also learning about using circulating tumor DNA testing for later in a treatment course when a patient becomes resistant to a certain therapy to figure out why they're resistant and, in some cases, get them on the next appropriate targeted therapy.