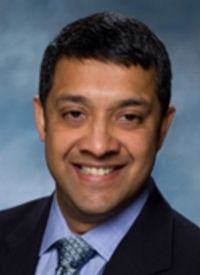 Results from a phase I study presented at the 61st American Society of Hematology Annual Meeting and Exposition demonstrated an overall response rate (ORR) of 95.5% and a complete response (CR) rate of 77.3% among 22 patients in the study with R/R follicular lymphoma (FL) who were treated with ≥5 mg of REGN1979. Patients with R/R FL who were treated with ≥80 mg of REGN1979 had an ORR of 100%, according to Rajat Bannerji, MD, PhD, chief of hematologic malignancies at the Rutgers Cancer Institute of New Jersey, New Brunswick, who presented the findings.

In the subset of patients with R/R diffuse large B-cell lymphoma (DLBCL), dose-related responses were observed. With treatment at ≥80 mg of REGN1979, the ORR rate was 57.9% and the CR rate was 42.1%. At this dosage, the ORR was 71.4% in those patients not treated with prior chimeric antigen receptor (CAR) T-cell therapy (n = 7), which included all CRs. In those without prior CAR T-cell therapy, the ORR and CR rate were 50% and 25%, respectively. The responses appear durable, said Bannerji, as all CRs were ongoing at the last tumor assessment.

“Using this step-up dosing strategy, we were able to go to the maximum planned dose of the protocol without any dose-limiting toxicity,” he said.

In both of the above subsets of B-cell malignancies, baseline CD20 level did not predict response or nonresponse, but some progression may be associated with loss of CD20, said Bannerji. PD-L1 expression and PD-1—positive tumor infiltrating lymphocytes in malignant lymph node tissue increased following REGN1979 treatment. “This suggests that these bispecific [antibodies] may have some synergy with checkpoint inhibitors,” he said.

Eligible patients were those with R/R B-cell NHL who received prior CD20-directed therapy. Per study protocol, REGN1979 was administered over a 36-week period. Patients first received 12 weekly doses delivered intravenously followed by an every-2-week administration for a total of 12 doses.

A total of 110 patients were entered: 61 with DLBCL; 31 with grade 1 to 3a FL; 9 with MCL; 6 with MZL; and 3 with other B-cell malignancies, which could have included grade 3b FL or Waldenström macroglobulinemia. The median number of prior lines of therapy was 3. Eighty percent of patients were refractory to their most recent prior line of therapy and 15.5% had relapsed (data were missing for the other 4.5%).

At the analysis, 31 patients (28.2%) were continuing on the study; 10 (9.1%) had completed the study. Of the 69 patients who discontinued the study, 35 did so for progression or disease recurrence, 6 were due to physician decision, 5 were due to patient decision, 1 was because of an adverse event (AEs), 9 were for other reasons, and 13 had died.

“Infusion-related reactions (IRRs) and CRS events occurred predominantly during weeks 1 through 3 and declined thereafter, without a dose-dependent increase in incidence or severity,” Bannerji said. No patient discontinued due to IRR or CRS.

Fifteen patients died during the study, most often for progressive disease (n = 10; 1 with grade 5 multiorgan failure and 1 with grade 5 acute renal failure). Other causes of death were gastric perforation, cardiac arrest, lung infection, and pneumonia (1 each); 1 patient died of fungal pneumonia 7 months after discontinuing treatment.

After the data cutoff, a patient treated in the dose-expansion phase with MCL blastoid variant with bone marrow involvement and bulky disease developed CRS and died of tumor lysis syndrome. “At present, we halted enrollment in the expansion cohorts while a safety amendment is being put together,” he said.

The dose-escalation portion of the phase I trial is complete and expansion cohorts are expected to be re-opened. A global, multi-arm pivotal trial is under way.