BiTEs and CAR T Cells Burst Through ALL Paradigm 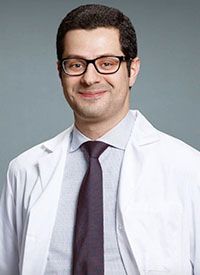 Mohammad Maher Abdul-Hay, MD, an assistant professor in the Department of Medicine; director of the Clinical Leukemia Program in NYU Langone Health Perlmutter Cancer Center; and associate director for research in the Bellevue Cancer Center

“We are in a new era—an era without conventional chemotherapy as the future. Instead, the future is targeted and novel therapies in ALL and all hematologic malignancies,” said Abdul-Hay. “We can take your T cells and your immune system to fight your leukemic cells, which is amazing. Targeted therapy and novel ages have changed outcomes for patients, resulting in better response rates and better overall survival.”

In an interview during the 2020 OncLive® State of the Science Summit™ on Hematologic Malignancies, Abdul-Hay, an assistant professor in the Department of Medicine; director of the Clinical Leukemia Program in NYU Langone Health’s Perlmutter Cancer Center; and associate director for research in the Bellevue Cancer Center, discussed current standards for the treatment of patients with ALL.

OncLive: How are BiTEs utilized in in ALL?

BiTEs are less toxic than other [therapies]; however, because it hyperactivates the immune system by T-cell activation, it has a different safety profile than regular chemotherapy. One of the adverse events are cytokine release syndrome (CRS). CRS occurs when the T cells and memory cells make the whole system in the body hyperactive and delete some cytokine. Symptoms include fever and low blood pressure, depending on the grade of the CRS. You don't have the conventional chemotherapy adverse events (AE), such as hair loss, and it is a much different AE profile. Once a patient tolerates BiTE therapy initially and we bypass the CRS, the patient will tolerate the treatment fairly well.

What is the role of CAR T-cell therapy in ALL treatment?

CAR T-cell therapy was first approved in ALL. It's being tested in other malignancies, but ALL was the model disease for CAR T-cell therapy. The idea is to take the T cells from the patient in the lab, infect them to express this core stimulus called CAR, and then expand them and give them back to the patient in vivo where they expand and take over all of the T cells. Now, all of the T cells have this CAR on it that is activated, and it will go after every single leukemic cell.

In addition to achieving remissions, in very relapsed/refractory cases, the patient’s body now is armed with the T cells. Every time any of these leukemic cells show up and the patient is about to relapse, the T cells in the body are armed to destroy them. Data suggest that if the patient achieves complete remission, and they can sustain [the T cells] for up to 6 months or 1 year, [remission] is sustained for good. This is why [CAR T-cell therapy] can be a curative approach for patients with relapsed/refractory ALL.

How does transplant fit in with these novel therapy approaches?

Transplant is still a main treatment in ALL, particularly in patients with minimal residual disease (MRD) and in those who have relapsed/refractory disease. Blinatumomab, a BiTE available in ALL, is being used in the relapsed/refractory setting. Additionally, data from the BLAST study shows that it's very effective in MRD-positive patients to turn it to MRD-negative disease. About 80% of patients who are MRD-positive become MRD-negative with 1 treatment of blinatumomab.

The problem is that this patient will relapse, because if you start with conventional chemotherapy and you still have MRD-positivity, these patients should go onto transplant. Blinatumomab is a bridge to take them for transplant. Transplant is a secure therapy because, without transplant, there is a high risk of relapse and death.

Patients are eligible or ineligible for transplant. I hate to use a cutoff age, but age is usually a factor. I may perform a transplant on a 75-year-old patient who has no comorbidities and has good performance, but I won't transplant someone in their 50s who has a lot of comorbidities, is bedridden, or has limited performance status. Age and performance status help determine transplant eligibility. If they have MRD-positive disease and we could not get them to MRD-negative status, then you should transplant them.

We also have a comorbidity index in transplant called Hematopoietic Cell Transplantation-specific Comorbidity Index (HCT-CI), which is made up of 17 points. Points can be given to a patient based on pulmonary function test, history, diabetes status, kidney disease, and more. We will come up with a score; the lower the score, the better the patient will perform on transplant because they will have less complications and mortality from transplant. If someone has a low HCT-CI score and we deem them eligible for transplant, we should take them to transplant.

In this era of graft-versus-host disease (GVHD), prevention treatment posttransplant, such as cyclophosphamide-based regimens, have decreased the appearance of GVHD. We are having more success in transplant for patients with ALL.

How do you currently decide which therapy to give patients?

In ALL, most of the studies have shown that if we use a pediatric-based regimen, we will see a better outcome. If someone comes in and say they are Philadelphia chromosome—negative and they are saying they're under the age of 50, I would like to use a pediatric-based regimen. If the patient is low-risk and MRD-negative, we continue on the consolidation and maintenance, which can be given for up to 2 years.

If patient doesn't respond and they still have MRD-positivity, we should offer [blinatumomab] followed by transplant. If they don't respond to the initial treatment or they have refractory disease and relapse after the initial treatment, then the options become CAR T-cell therapy, or blinatumomab, or inotuzumab ozogamicin (Besponsa), which is a monoclonal antibody for CD22.