A blood test that detects early changes in circulating tumor DNA may provide an earlier indication of whether patients with hormone receptor–positive, HER2-negative breast cancer are responding to palbociclib (Ibrance).

A blood test that detects early changes in circulating tumor DNA (ctDNA) may provide an earlier indication of whether patients with hormone receptor—positive, HER2-negative breast cancer are responding to the CDK4/6 inhibitor palbociclib (Ibrance), according to findings published in Nature Communications.

Investigators with The Institute of Cancer Research, London, and The Royal Marsden NHS Foundation Trust said the test could detect a response within 2 to 3 weeks. At present, women must wait 2 to 3 months to learn if palbociclib treatment is working.

The researchers used plasma samples collected from patients in the phase III PALOMA-3 trial, in which adding palbociclib to fulvestrant was shown to more than double progression-free survival (PFS) in pretreated patients with HR-positive, HER2-negative breast cancer. Results from the new analysis showed that the relative change in PIK3CA ctDNA level after 15 days of treatment was a strong predictor for PFS (hazard ratio [HR], 3.94; log-rank P&thinsp;=&thinsp;.0013).

“Our new study found that a blood test for cancer DNA in the first 2 weeks of treatment indicated whether the drug was likely to be effective,” Nicholas Turner, MD, PhD, senior author and professor of Molecular Oncology at The Institute of Cancer Research, London, and Consultant Medical Oncologist at The Royal Marsden NHS Foundation Trust, said in a press release.

“Having an early indication of how likely a treatment is to work might allow us to adapt treatment—switching some patients to an alternative drug that is more likely to benefit them,” added Turner.

Investigators collected sequential plasma samples at baseline, on day 15 of cycle 1, and at progression to assess whether early dynamic changes in ctDNA could predict PFS for patients on palbociclib. Of the 521 patients recruited to the study, 459 baseline samples were available for DNA extraction, 455 of which were analyzed for hotspot mutations in exons 9 and 20 of PIK3CA (E542K, E545K, H1047R and H1047L). This analysis identified 100 cases (22.0%) with a PIK3CA mutation.

Circulating DNA ratio (CDR) was defined as the ratio of mutation abundance (mutant copies/ml) on treatment relative to baseline. CDR15 represented the ratio of CDR on day 15 compared with baseline. Matched day 15 samples were available for 73 patients, 52 of whom received palbociclib.

Patients assigned to palbociclib plus fulvestrant had a lower PIK3CA CDR15 compared with fulvestrant plus placebo (P&thinsp;<.0001), an indication of greater reduction in ctDNA abundance. All 52 patients receiving palbociclib had a CDR15&thinsp;<1, indicating a fall in ctDNA.

Investigators wrote that these “data demonstrate that the antiproliferative effects of palbociclib result in a rapid fall in ctDNA levels by day 15, and that PIK3CA CDR15 assessment anticipated the improved PFS seen with palbociclib in the PALOMA-3 trial.”

“It is exciting to see that using advances in diagnostic techniques, such as genetic tests for circulating tumor DNA, we may be able to more accurately define groups of patients and help us deliver the right treatment to the right patient sooner,” said Nathan Richardson, PhD, head of Molecular and Cellular Medicine at the Medical Research Council, said in a statement. The council was the main source of funding for the research. “This study provides early evidence that might help us understand sooner when a drug is successfully treating breast cancer, and if not, it can be discontinued and better approaches pursued.”

The United Kingdom’s National Institute for Health and Care Excellence (NICE) issued guidance in December 2017 supporting approval for palbociclib (Ibrance) and ribociclib (Kisqali), another CDK4/6 inhibitor, for patients with HR-positive/HER2-negative locally advanced or secondary breast cancer. Both drugs are indicated for use with an aromatase inhibitor.

In the United States, palbociclib is approved by the FDA for the treatment of patients with HR-positive, HER2-negative advanced or metastatic breast cancer in combination with an aromatase inhibitor as initial endocrine-based therapy in postmenopausal women, or fulvestrant in women with disease progression following endocrine therapy. 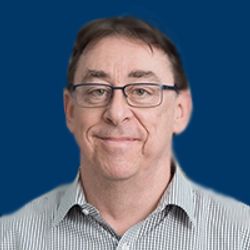