Brachytherapy Represents a Potential Strategy in AYA Patients With Rhabdomyosarcoma

Although brachytherapy is rarely utilized as a treatment for pediatric and adolescent/young adult patients in the United States, AYA patients with rhabdomyosarcoma treated with BT had favorable survival outcomes. 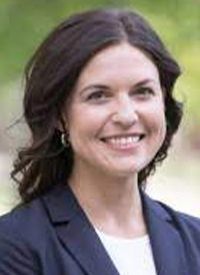 Although brachytherapy (BT) is rarely utilized as a treatment for pediatric and adolescent/young adult (AYA) patients in the United States, AYA patients with rhabdomyosarcoma (RMS) treated with BT had favorable survival outcomes, according to findings from a study published in Pediatric Blood & Cancer.1

“[This suggests] that this approach may not compromise oncologic outcomes and warrants further study as a therapeutic option in pediatric and AYA patients, specifically in RMS,” lead study author Sara J. Zakem, MD, a clinical assistant professor in the Department of Radiation Oncology at the Seattle Cancer Care Alliance Peninsula and University of Washington Medicine, and coauthors wrote.

AYA patients with solid tumors are typically treated with a multimodality approach of surgery, chemotherapy, and radiation therapy. Although this strategy has improved outcomes, late toxicities remain a challenge.

BT can deliver highly conformal radiation therapy to patients that spares surrounding tissue. In turn, this can limit short- and long-term effects of radiation therapy, like acute myelosuppression, late effects on growth, and risk of secondary malignancy, in AYA patient populations.

Moreover, BT is given over a shortened treatment interval compared with external beam radiation therapy (EBRT), which may make BT more feasible for younger patients and their families.

The study was developed to characterize trends in BT use among AYA patients based in the United States, particularly those with RMS.

Disease, treatment, and outcome data of patients 21 years of age or younger who were treated for solid tumor malignancies were collected retrospectively from the deidentified National Cancer Database. Patients were treated in the United States from 2004 to 2016.

Additional survival data showed that at a median follow-up of 61 months, the median OS was undefined for all histologies. Patients with retinoblastoma has the best OS rate at 100% at 5 years, whereas patients with SCC had a 5-year OS rate of 72% (P < .008).

For patients with RMS of the uterus/vagina/vulva the OS rate was 100% at a median follow-up of 19 months, but median OS was undefined for this group of patients.

“We believe that future collaboration with our international colleagues, both to learn from their robust clinical experience and to form an international consortium for research is an important step for demonstrating the value of and improving access to BT in the United States,” concluded the study authors.