Brown Highlights the Future of Acalabrutinib in CLL Treatment

Jennifer R. Brown, MD, PhD, highlights the new and upcoming research regarding acalabrutinib in the field of chronic lymphocytic leukemia.

“The data have been encouraging, in that response rates and progression-free survival (PFS) seem similar to ibrutinib (Imbruvica) but with a better toxicity profile, so lower rates of atrial fibrillation, lower rates of bleeding, and less common arthralgias,” said Brown, the director of Chronic Lymphocytic Leukemia at Dana-Farber Cancer Institute, and a professor of medicine at Harvard Medical School.

Most recently, results of the phase III ASCEND trial showed that acalabrutinib monotherapy led to a 69% reduction in the risk of progression or death versus physicians’ choice of standard therapy in patients with previously CLL. At a median follow-up of 16.1 months, the median PFS was not reached compared with 16.5 months in the acalabrutinib and control arms, respectively (HR, 0.31; 95% CI, 0.20-0.49; P <.0001).1

Secondly, 3-year follow-up data from single-arm trial showed that patients with previously untreated CLL and treated with the combination of acalabrutinib and obinutuzumab (Gazyva) had a 95% overall response rate (ORR) and a 92% ORR in those with relapsed/refractory disease.2

In an interview with OncLive, Brown highlighted the new and upcoming research regarding acalabrutinib in the field of CLL.

OncLive: What sets acalabrutinib apart from other agents?

Brown: Acalabrutinib is what we consider a second-generation inhibitor of BTK. It's a covalent inhibitor, so it binds to the same cysteine as ibrutinib. The reason we consider it second generation is that it's much more specific for BTK, so it doesn't inhibit EGFR kinases or SAR kinases. It does not inhibit Tec, which we think may contribute to bleeding risk or interleukin-2 inducible T-cell kinase (ITK), which may also contribute to T-cell effects.

Thus far, there has been a large study in the relapsed/refractory setting as well as a significant cohort in the treatment-naïve setting. All single-arm trials reported with acalabrutinib have approximately 3 years of follow-up at this point. In particular, in the treatment-naïve study, there were very few discontinuations for adverse events (AEs). In contrast, with the ibrutinib studies we generally see up to 20% discontinuation for AEs in clinical trials, and up to 40% reported in the real-world setting.

What is your perspective on the long-term follow-up that was recently presented with acalabrutinib alone and in combination with obinutuzumab (Gazyva)?

The recent data of acalabrutinib with obinutuzumab were encouraging. The complete remissions were higher than we've seen with a single agent or even with ibrutinib and obinutuzumab, including some undetectable minimal residual disease in the frontline setting. It remains a relatively small single-arm study, but perhaps encouraging as we await the full publication of the data from their frontline randomized trial. This compared acalabrutinib with acalabrutinib/obinutuzumab to chlorambucil/obinutuzumab. That study has been reported to be positive by a press release.

What is your perspective of the phase III ASCEND trial?

These are the first results of a randomized trial of acalabrutinib in CLL. This was in the relapsed/refractory setting comparing single-agent acalabrutinib to investigator’s choice of idelalisib (Zydelig) and rituximab or bendamustine/rituximab. The results are quite positive in favor of acalabrutinib for PFS, with a hazard ratio of about 0.3 and with the expected lack of increase in atrial fibrillation, hypertension, and bleeding. This should lead to approval of acalabrutinib in CLL, which we have been eagerly awaiting.

What other data about acalabrutinib are you excited about this year?

The other randomized trial, which has been reported by press release, namely the frontline trial, comparing acalabrutinib with acalabrutinib/obinutuzumab with obinutuzumab/chlorambucil, will be very exciting as that will also establish rationale for a frontline label in CLL. It also will be of interest because there is a single-agent arm compared with an obinutuzumab-containing arm. That gives us the opportunity to see the impact of the anti-CD20 antibody in a randomized setting. This has remained an open question, whether anti-CD20 antibodies add anything to BTK inhibitors in particular.

With ibrutinib, there are data that rituximab (Rituxan) does not add to ibrutinib from 2 different trials in terms of PFS. However, with acalabrutinib, where it does not inhibit ITK and potentially impact negatively on antibody function, there may be a better potential for synergy. That will be very interesting to see the effect of the antibody.

An ongoing trial is a head-to-head comparison of ibrutinib and acalabrutinib in CLL. What will these data tell us, and what questions will it answer?

The head-to-head data will be of great interest. These are being done in relapsed/refractory patients with high-risk disease, so the rate of relapse and progressive disease should be more significant than we've seen in many of the trials of these agents. That may give us an opportunity to compare them with respect to efficacy, which has been very challenging.

We'll have some ability to compare with respect to toxicity. The idea has been that acalabrutinib appears to be better tolerated, but actual head-to-head data in a randomized setting is necessary to fully appreciate that. I would imagine the data could potentially drive preference for acalabrutinib compared with ibrutinib. Even if efficacy for acalabrutinib is similar but toxicity is better, it would certainly help keep patients on drugs continuously, which is how we know these drugs need to be given for their maximum effect.

Are there any other new drugs on the horizon?

In addition to acalabrutinib, there's another second generation covalent BTK inhibitor that is in registration trials in CLL called zanubrutinib. Similar to acalabrutinib, it is much more specific for BTK than ibrutinib. Its profile differs a little from acalabrutinib in that it does inhibit Tec, but it also does not inhibit ITK.

Single-arm trials thus far have suggested a better safety profile, but these remain to be confirmed in ongoing randomized trials in both the frontline and relapse settings. It's important to note that patients whose disease has progressed on ibrutinib are likely to also be resistant to both acalabrutinib and zanubrutinib because these are all covalent inhibitors and bind to the same cysteine. 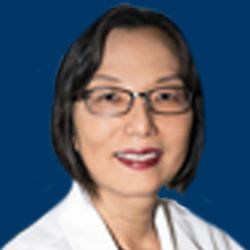