Investigators may have discovered a key detail about renal medullary carcinoma that could have significant ramifications for patients. 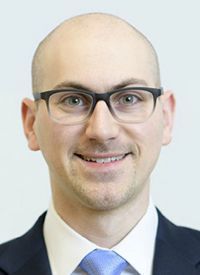 RMC accounts for less than 1% of all renal carcinomas.2 However, it is difficult to differentiate RMC from other aggressive renal malignancies using standard histology evaluation, suggesting that prevalence is likely higher than reported.2,3

According to the National Organization for Rare Disorders, RMC predominantly afflicts young adults and adolescents of African descent who have sickle cell trait, sickle cell disease or other hemoglobinopathies that can cause red blood cells to change into a sickle shape. Approximately 70% of cases start in the right kidney and males are twice as likely to develop RMC.5

In one study, investigators analyzed data from 159 patients with RMC younger than 40 years of age diagnosed with RMC from 1998 to 2011 collected in the National Cancer Database. Most were male (71%), African American (87%), and had metastatic disease (71%). Median OS in this group was 7.7 months.6

In another analysis, most RMC patients underwent surgery (60%) and chemotherapy (65%); just 12% received radiation. Patients with metastatic disease had a significantly worse median survival than those who did not (4.7 vs. 17.8 months, respectively; P <.001) and were less likely to receive surgery (42% vs. 91%; P <.001). Investigators found no correlation between OS and age or tumor size. Furthermore, up to 94% of patients present with nodal and/or visceral metastases.7

“What you see is a younger patient coming in. They’re having some belly pain, they’re having some flank or side pain, they're having kind of unplanned weight changes, weight loss, or they’re fatigued more than usual. Or they’re even having blood in their urine. Those nonspecific warning bells that clinicians who deal with kidney cancer will think of, but, if you’re seeing a younger male with a large renal mass, [RMC is] something that should be on people’s radars,” Blum said. “Typically, you can do electrophoresis to find patients who have the sickle cell trait, which aids in our diagnosis…but also you want to stain these tissue specimens for SMARCB1, and that loss of SMARCB1 is going to be pathognomonic, or very specific, for this disease.”

There is no standard systemic care for RMC. There is evidence that nephrectomy and systemic chemotherapy induces superior overall survival than systemic chemotherapy alone (16.4 vs 7.0 months; P <.001), in selected patients who good clinical response to systemic therepy.7 The RMC Alliance; a nonprofit coalition of clinicians, researchers, and patient advocates; recommends up-front systemic therapy and, should a good clinical response occur, nephrectomy and retroperitoneal lymph node dissection followed by close surveillance.8

“There are currently clinical trials happening now which we’re very excited about, but nephrectomy’s role in RMC is not as clear cut as it may be in a regular, run of the mill kidney cancer,” Blum said. “We’ve put this up on our RMC Alliance formal recommendations as well, but we recommend a consolidative, cytoreductive nephrectomy as opposed to an upfront nephrectomy.

“Patient selection really is key and our understanding of this is evolving. It's kind of a moving target, but it’s something that we’ve at least established…that up-front nephrectomy is not always the way to go.”

CA-125 May be Key in Diagnosing and Treating RMC

Blum and his colleagues may have discovered a key detail about RMC that could have significant ramifications for patients. At the 2022 International Kidney Cancer Symposium, Blum presented findings showing a correlation between CA-125 levels, an established biomarker for ovarian cancer, was associated with increased tumor burden and treatment response.

Investigators analyzed CA-125 levels and other serum tumor biomarkers (AFP, LDH, b2 microglobulin, CA-19.9, CA-15.3, CEA, and bHCG) in 32 patients with RMC to see if these markers could be used to monitor disease severity. Only CA-125 and LDH appeared to be elevated in metastatic RMC. Blum synthesized these data during his presentation stating that LDH tends to be elevated across a broad range of cancers and is considered a nonspecific marker of disease severity and was used as a “control” relative to CA-125, and provided evidence that the CA-125 signal was valid compared with the other serum markers.

CA-125 appeared to be more sensitive to fluctuations in a patient’s treatment clinical course than LDH. In 1 representative patient, CA-125 level dipped with remission or disease convalescence and spiked during adverse events. Furthermore, the patient’s CA-125 level increased shortly before the patient died of their disease.

Blum said his team cast a wide net, evaluating a range of serum biomarkers known to be related to tumor malignancy in order to elucidate any marker that may yield a high fidelity to treatment response. The signal for CA-125 was very strong, he said, even in a small patient population.

CA-125 levels were elevated in 82% of patients with metastatic RMC, and CA-125 was above the 100 ng/mL threshold in 58% of patients. This threshold of 100 ng/mL is important as physicians and researchers treating patient with ovarian cancer have published that a threshold as high enough to be a therapeutic target.

“It’s exciting to postulate that perhaps this cutoff is usable in this disease space as well. That’s something that we're certainly going to look into,” Blum said. “It’s something certainly that is considered targetable in the ovarian cancer literature. That is going to prompt a number of preclinical studies from our end of things to delve into that question further and it’s very exciting.”