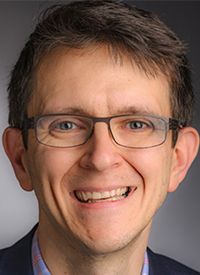 Ongoing trials looking at various combination strategies with cabozantinib (Cabometyx) in metastatic renal cell carcinoma (mRCC) have piqued the interest of clinicians who are anxious to see if such novel regimens can improve response rates, said Bradley McGregor, MD.

For example, the randomized, phase III CheckMate-9ER trial (NCT03141177), which has completed accrual, is comparing the combination of cabozantinib and nivolumab (Opdivo) compared with sunitinib (Sutent) in patients with previously untreated advanced or metastatic disease.

"This trial is going to continue to address the important question of VEGF in combination with immune checkpoint blockade in the frontline setting of RCC," said McGregor. "Hopefully, this will provide additional insight on the safety and efficacy of the combination of cabozantinib with immune checkpoint blockade. We look forward to this trial, as well as other ongoing trials being conducted in this space."

Cabozantinib was initially approved in April 2016 for the treatment of patients with advanced RCC who received prior antiangiogenic therapy.

Then, in December 2017, the agent was granted an expanded indication for patients with previously untreated advanced RCC. Positive results from the phase II CABOSUN trial, in which cabozantinib improved progression-free survival (PFS) compared with sunitinib, were the basis for the expanded approval.

In an interview with OncLive, McGregor, clinical director of the Lank Center for Genitourinary Oncology, a senior physician at Dana-Farber Cancer Institute, and an instructor of medicine at Harvard Medical School, discussed the CheckMate-9ER trial in mRCC, as well as the need for future studies in histologies beyond clear cell RCC.

OncLive: How has the treatment paradigm of mRCC evolved in recent years?

McGregor: There has been an overall revolution in the treatment of RCC in the past couple of years. We started with the initial data from the CheckMate-214 trial, which showed that the combination of nivolumab and ipilimumab (Yervoy) improved OS versus sunitinib in the frontline setting for patients with intermediate- or poor-risk disease.

What makes cabozantinib a unique drug in RCC treatment?

Cabozantinib is an intriguing, multi-targeted TKI. We have data from the CABOSUN trial, in which cabozantinib showed superior efficacy over sunitinib for patients with intermediate- or poor-risk disease in the frontline setting. Additionally, we have some data with cabozantinib showing activity in the second-line setting for patients, including those individuals who received prior VEGF-targeted therapy.

Building upon that frontline activity, the CheckMate-9ER trial is looking at the combination of cabozantinib and nivolumab versus sunitinib. I am hoping to see similar results to what we have seen in other trials of improved response rates and outcomes.

Do these results have the potential to compare with some of the arms that are being looked at in the COSMIC-021 trial?

At the 2020 Genitourinary Cancers Symposium, data from the COSMIC-021 trial, which is looking at the combination of cabozantinib and atezolizumab (Tecentriq) for a variety of solid tumor types, showed that patients with castration-resistant prostate cancer elicited a response of less than 10%.

Yet, we see a synergistic effect with this combination for patients who have visceral metastases or soft tissue progression. Those patients had a response rate of over 30% with this combination. We hope these data will give us a hint as to what role the combination of cabozantinib and immune checkpoint blockade will play [in this paradigm].

What types of patients are being enrolled in the CheckMate-9ER trial?

This trial is similar to ongoing studies such as the CLEAR trial, which has completed accrual. That trial is looking at the frontline treatment of patients with advanced, clear-cell RCC and does not exclude patients with comorbid features.

What is known about the safety profile of this combination?

We have seen that cabozantinib appears to be a good partner for immune checkpoint blockade. The toxicity profile seems to be manageable.

The CheckMate-9ER trial will give us additional insight at the efficacy of cabozantinib and immune checkpoint blockade as well as its toxicity profile. From my own clinical experience, this is a good combination.

If this trial were to become approved, will determining the optimal sequencing strategy become a challenge in RCC?

If this combination shows an improvement in PFS and OS, it will become another option for patients with mRCC. We need to build on that, which is what the COSMIC-313 trial is doing.

That trial is the first in RCC to look at the combination of nivolumab and ipilimumab with or without cabozantinib. [The goal is] to take the complete response durability of nivolumab/ipilimumab and see if the addition of cabozantinib can overcome that progressive disease for patients.

What updates have occurred in the development of treatments for patients with non—clear cell RCC?

As much as we have advanced RCC treatment in the past several years, efforts have mainly focused on clear cell RCC. The majority of trials excluded patients with non-clear cell variant histology RCC. We know from retrospective data that those patients tend to do worse than their clear cell RCC counterparts.

We undertook an investigative response trial to look at the combination of VEGF and immune checkpoint blockade in patients with variant histology or clear cell histology with sarcomatoid differentiation. This was a small trial of 60 patients, which looked at the combination of atezolizumab and bevacizumab (Avastin). The regimen was well tolerated and was appealing for that reason.

Patients were given atezolizumab at the standard dose, along with 15 mg/kg of bevacizumab every 3 weeks. The trial was unique in that it allowed patients to have received prior therapy.

Over the course for about 1 to 2 years, we enrolled 60 patients, 42 of which had variant histology RCC and 18 had clear cell RCC with sarcomatoid differentiation.

It is of note that the variant histology RCC included all histologies. As expected, the majority were papillary and chromophobe, but there was also unclassified, medullary, collecting duct, and translocation.

About half of those patients with variant histology RCC had received prior systemic therapy. We found that the overall response rate (ORR) in all patients was 33%. Those with variant histology had an ORR of about 26% independent of histologic type. Typically, patients with chromophobe have the lowest response rate. As we expected, this was a well-tolerated regimen with minimal grade 3 or higher adverse events.

What did this trial show with regard to biomarkers?

An exploratory analysis was looking at the role of PD-L1 as a biomarker. When we look at clear cell RCC, PD-L1 expression may play a role, but the data have not been clear. When we look at VEGF plus immune checkpoint blockade, PD-L1 doesn't seem to be an important marker of response.

However, patients with variant histology RCC and had high PD-L1 expression had a greater than 70% response rate versus a less than 20% ORR in those who had low PD-L1 expression. There seems to be a real separation.

We need more exploration to see if PD-L1 is a biomarker of response. We are continuing to do correlative studies to ascertain how we can better help these patients.

How will this trial impact standard of care for this very specific patient population?

When we think about RCC treatment, and you look at the current indications of approved agents, they are approved for patients with advanced RCC. The FDA label does not limit those to patients with clear cell RCC.

While the combination of atezolizumab and bevacizumab is unlikely to get approved by regulatory agencies given the large phase III data to date, this supports the role of VEGF immune checkpoint blockade in the frontline management of patients with variant histology RCC.

It leads us to think about future trial designs. There are ongoing trials looking at other combinations of immunotherapy with VEGF blockade. We have a trial that should open in the near future looking at the triplet combination of cabozantinib, nivolumab, and ipilimumab for patients with variant histology RCC.