Jeremy L. Warner, MD, MS, discusses the goals of the COVID-19 and Cancer Consortium Registry, what other data need to be extrapolated with COVID-19, and how the virus could impact patients with cancer. 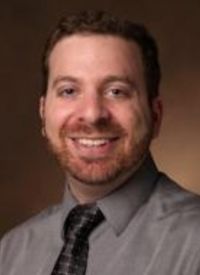 A multi-institutional registry to capture information regarding patients with cancer who also have suspected or confirmed diagnoses of the novel coronavirus 2019 (COVID-19) has launched, explained principal investigator Jeremy L. Warner, MD, MS.

The survey, titled the COVID-19 and Cancer Consortium (CCC) Registry, is designed for healthcare professionals to report patients whom they are treating for cancer and have also tested positive for COVID-19, in an effort to obtain a collection of data and begin to form observations about those at higher risk for being diagnosed with the virus.

“It's not to say that the patients who have been infected are the only ones affected. But I think the intent of our registry is to try to collect some information on the infected patients,” said Warner, an associate professor of medicine at Vanderbilt University Medical Center.

The survey, which Warner said has been a collaborative effort, is comprised of 4 parts: patient demographic information, COVID-19 diagnosis and course of illness, cancer diagnosis and treatment details, and information about the healthcare professional.

In an interview with OncLive, Warner discussed the goals of the CCC Registry, what other data need to be extrapolated with COVID-19, and how the virus could impact patients with cancer.

OncLive: What led to the creation of the CCC Registry?

Warner: The credit has to go to Aakash Desai, MD, and Ali Khaki, MD. I have been working with them on some other projects for a couple months now, related to our website www.hemonc.org.

What came together is that, on www.hemonc.org, about 9 days ago, we launched a dedicated page to the coronavirus, and we've actually seen that become our second most visited page on the website in just 9 days—second only to our main landing page, which is where a lot of our traffic comes through. Clearly, people are interested in visiting that, and what we have done is grown a lot of information. It's become quite full of information over the past 9 days and it links out to various professional and other organizations with information for healthcare professionals and for patients with cancer.

That was the convergence, if you will [for this survey]. The other nice thing is that Vanderbilt University is the home of REDCap software; REDCap stands for Research, Data, and Capture, and it's probably the most widely used scientific research survey tool out there.

There are thousands of users, and millions of surveys, that have been created over the past decade or so since REDCap has been around. It's somewhat easy to use. Therefore, I can basically build my own surveys. Basically, we said, "Okay, let's do this." The other nice thing is that you can have many simultaneous users on REDCap.

I do want to emphasize that we're obviously not the only ones to come up with this idea and there are some larger, and perhaps more disease-focused efforts, underway as well. One [effort] is trying to get underway in lung cancer, where [researchers are] looking to put up an international database to collect fairly detailed information. There's also a lot of people who are interested in collecting information not just pertaining to the patients who have been diagnosed, but also pertaining to the effects on all patients with cancer; we've seen slowdowns in routine care as well as clinical trial enrollment, here at Vanderbilt University Medical Center, and that's being echoed around the country and around the world.

Also, there has been a few publications of fairly small sample sizes; [for example], there was a case series out of China that had 18 patients. I think that might be the largest published case series right now. Therefore, to make conclusions, at this point, about whether patients with cancer are at a particularly increased risk, is probably presumptuous. The main intent here is to try to quickly get information on which patients are getting infected, and what are some important comorbidities that we need to think of. We're especially interested in understanding recent treatments and how those might affect the clinical course [of coronavirus].

There are some emerging data suggesting that being on steroids is not good; maybe being on ACE inhibitors is not good. There's a big question about immunotherapy. Obviously, that is frequently used in many cancer types. It doesn't necessarily make a patient immuno-compromised, but it might actually make [their system] overreactive. It seems that one of the mechanisms of getting severely ill is akin to a macrophage activation—like syndrome. There are definite concerns that patients who have had immunotherapy recently might be an increased risk [for COVID-19]. But, to understand that, we need to collect the data.

Another thing that has come up is the question of radiation therapy, especially to the lungs, and whether that is actually going to affect outcome. Those are the kind of things we're trying to collect information about.

I also want to emphasize that our goal is to create a quick, and not necessarily deep, survey. The tool that we created should take less than 5 minutes—and if it takes 5 minutes, it's probably taking too long. It's really intended for a provider who is definitely busy already, [and we just want them] to be able to quickly report on a case, with the understanding that there are these more in-depth efforts. We're also going to act as a hub of sorts to get people involved, and get them directed to other more comprehensive registries, as well.

What are the details of the survey?

This is an IRB-exempt study, and specifically that is because we're not going to be collecting any Protected Health Information (PHI). Obviously, we want to encourage participation and having PHI collected is a barrier that we are not confident of quickly getting past. That will obviously introduce some potential limitations, especially if we won't be collecting dates of therapy or anything like that. It will be slightly limited because of that.

It is very early, but have any trends been observed with who is at high risk for COVID-19?

It's very early, and I think I heard that we may have our first cancer patient with COVID-19 at Vanderbilt University Medical Center—but I don't have any more details. In Seattle, Washington, some of our collaborators are at Fred Hutchinson Cancer Research Center and University of Washington, which are some of the most affected areas. They have actually had very few patients so far.

There's a discrepancy between being diagnosed and actually having the virus; [there are some estimates] there might be 5 to 10 times as many people who have actually had the virus and are testing positive. Vanderbilt-Ingram Cancer Center has ramped up its testing capabilities quite quickly, we actually have the capabilities to run thousands of tests per day at this point.

However, we're not being very selective in who's getting testing, based on symptoms. Patients who are in hospice are not going to be tested—that's sort of out of the scope of what would be the routine care for someone who is receiving end-of-life treatments. That population obviously is going to be very vulnerable, and is more likely to be very elderly, as well. There are unknowns there, and that is part of what we're hoping to learn from this registry.

At this point in time, how do you foresee COVID-19 impacting patients with cancer?

That’s probably for a combination of patient safety as well as healthcare worker shortages. Of course, the problem is that we know that there are plenty of treatments out there for metastatic patients that extend life, and if we're not able to provide those treatments that will have unfortunate effects.

What additional must-have information should be relayed to healthcare professionals who are interested in taking the survey?

It will probably take a bit of time to collect sufficient numbers in order to start to understand any obvious patterns. But again, I would emphasize that this survey is meant to be quick and many of the questions are optional. On the other hand, the more questions that a person answers, the better. One thing that we need to keep in mind is that we want to be careful that the same patients are not getting reported over and over in various case series—because that will introduce bias into the scientific literature.

One of our first questions is, “Has this patient already been reported to another registry?” We will still encourage people to fill out the form, but we'll use that information to make sure we're not accidentally double or triple counting. This isn't the first effort and it won't be the last; many people are thinking of how to do this systematically at the national and international levels.

I want to emphasize that this is a this is a collaborative effort; there are also people involved from Dana-Farber Cancer Institute, City of Hope, and University of Miami [among others].