The flexibility of CAR T cells to perform multiple functions was associated with the level of clinical activity elicited for patients with advanced non-Hodgkin’s lymphoma, according to a retrospective analysis presented at the 2017 AACR Annual Meeting.

The flexibility of CAR T cells to perform multiple functions was associated with the level of clinical activity elicited for patients with advanced non-Hodgkin’s lymphoma (NHL), according to a retrospective analysis presented at the 2017 AACR Annual Meeting.

In the study, which was conducted using data from 20 patients enrolled in an early study examining axicabtagene ciloleucel (KTE-C19) for NHL, objective responses correlated with a single-cell CAR polyfunctional strength index (PSI; P = .0119). Overall, between 20% and 25% of CAR T cells were polyfunctional.

In addition to PSI, post-infusion T cell proliferation was also associated with response (P = .0326). Moreover, combining PSI and T cell expansion further increased the link between the markers and response (P = .0046). Together, these biomarkers could help predict which patients are likely to response to CAR T-cell therapy.

"PSI is a key attribute of CAR T cell products that can be utilized to optimize product potency testing and facilitate the design of more efficacious T cell products," said John Rossi, from Kite Pharma, who presented the data at the meeting. "T cell PSI was associated with objective responses in non-Hodgkin lymphoma but the combined index of PSI and CAR T cell expansion has a stronger association with response."

The original trial for the analysis contained 22 total patients, of which 19 had diffuse large B-cell lymphoma, 2 had follicular lymphoma, and 1 had mantle cell lymphoma. Axicabtagene ciloleucel was administered after 2 days following a low-dose conditioning regimen of cyclophosphamide plus fludarabine.

The overall response rate was 73% with axicabtagene ciloleucel, which consisted of a 55% complete remission (CR) rate and an 18% partial remission rate. At the time of the assessment, 11 of the 12 CRs were ongoing. The median duration of CR was 12.5 months.

Many of the adverse events associated with the CAR T-cell therapy were related to the release of cytokines, suggesting the PSI biomarker could help not only predict response but also toxicity. Although the presentation at AACR did not touch on this aspect, while answering questions, Rossi hinted that it may play a role. Findings from the retrospective analysis are being prepared for fuller publication in a medical journal, he noted.

For the biomarker assessment, PSI was determined by an analysis of pre-infusion CAR T cells using a single-cell, high-multiplexing ELISA (enzyme-linked immunosorbent assay) system developed by IsoPlexis. Polyfunctionality was determined through the capture and monitoring of 32 cytokines.

"PSI comprises the percentages of polyfunctional T cells, or those that can perform 2 or more functions across the different classes of immune function, such as effector, stimulatory, attractor, regulatory, and inflammatory," noted Rossi. "The PSI also takes into account the intensity of the cytokines released by the individual cells."

Overall, the most common cytokines driving CD8 polyfuntionality in responders were MIP-1α, IFN-γ, IL-8, and Granzyme B. CD4 polyfunctionality was driven by IL-8, IL-5, IL-17a, IFN-γ, and MIP-1α.

PSI and peak CAR levels appeared to be independent variables for response. When comparing PSI and CAR peak levels, there was not a significant association between the two (P = .1591), Rossi noted. These findings suggest the two markers will be best used in combination.

“Through this research, we were able to highlight the important role a functionally versatile subpopulation of CAR T cells may play in the fight against cancer, leading to new ways to characterize and optimize T-cell products," Adrian Bot, MD, Kite’s vice president, Translational Medicine, said in a statement. "These insights were made possible by using the IsoPlexis technology.” 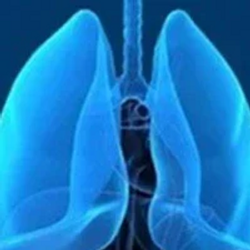 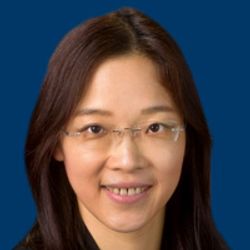