Carboxyamidotriazole orotate in combination with temozolomide, with or without radiotherapy, produced positive safety and efficacy results in a phase Ib study of patients with glioblastoma or anaplastic gliomas. 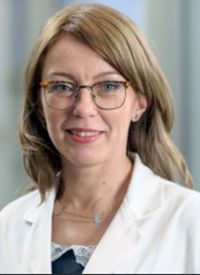 Carboxyamidotriazole orotate (CTO) in combination with temozolomide (Temodar), with or without radiotherapy, produced positive safety and efficacy results in a phase Ib study of patients with glioblastoma (GBM) or anaplastic gliomas.

Forty-two patients were divided into 2 cohorts and received treatment. Cohort 1 included 27 patients with recurrent, temozolomide-refractory anaplastic gliomas or GBM. Twenty-one patients were assigned to a regimen of 219 to 812.5 mg/m2 of once-daily CTO in escalating doses and 6 were assigned to a fixed daily dose of 600 mg of CTO. All 27 patients received 150 mg/m2 of temozolomide on days 1 to 5 of each 28-day cycle.

Cohort 2 included 15 patients with newly diagnosed GBM. This group was assigned to 219 to 481 mg/m2 of once-daily CTO in escalating doses along with 60 Gy radiotherapy in 2 Gy fractions and 75 mg/m2 of daily temozolomide. CTO was continued after radiotherapy. Temozolomide discontinued for 4 weeks following radiotherapy, then restarted at 150 mg/m2/day in cycle 1 and increased to 200 mg/m2/day starting in cycle 2.

Following pharmacokinetic analysis, investigators established 600 mg/day of CTO once daily as the recommended phase II dose for both cohorts.

“On the basis of the favorable toxicity profile, brain penetration, and encouraging activity observed in this difficult-to-treat population of patients with GBM and [anaplastic gliomas], randomized phase II trials with CTO in combination with temozolomide or chemoradiation are planned,” corresponding author Elena Pentsova, MD, Department of Neurology, Memorial Sloan Kettering Cancer Center, and colleagues wrote.

Fourteen (52%) patients in cohort 1 had experienced at least 2 recurrences, including 5 who had 3 to 8 recurrences and were heavily pretreated as a result. Temozolomide (93%) was the most commonly used previous systemic treatment.

Included among the responders were 4 patients with IDH wild-type, MGMT unmethylated tumors and 2 with GBM that recurred after failure of anti-VEGF therapy, tumors that are usually chemoresistant.

Investigators observed no dose limiting toxicities (DLTs) in cohort 1 and the maximum-tolerated dose was not reached. Grade 1/2 fatigue (51.8%), nausea, (40.7%), constipation (40.7%), and vomiting (25.9%) were the most common treatment-related adverse events (TRAEs). There were no grade ≥3 TRAEs observed.

Nine patients were evaluable for response. One patient had a CR, 2 had a PR, and 3 had stable disease. Three patients had progressive disease.

Investigators expected to see a greater incidence of AEs in cohort 2 due to the higher dose of temozolomide and concomitant radiotherapy, but found that treatment was well tolerated. Fatigue (66.7%), nausea (46.7%), constipation (46.7%), radiotherapy-related dermatitis (33.3%), skin rash (20.0%), and headache (20%) were the most common grade 1/2 AEs reported. 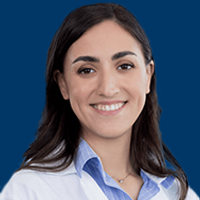 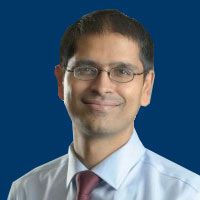