Cavan Redmond Joins The Wistar Institute's Board of Trustees 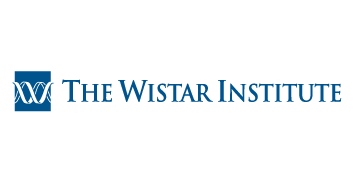 The Wistar Institute is pleased to welcome Cavan Redmond to its Board of Trustees.

The Wistar Institute is pleased to welcome Cavan Redmond to its Board of Trustees. Redmond is the senior partner at Zarsy, L.L.C., a healthcare advisory company that is focused on products and technologies to increase consumer engagement in healthcare.

A global strategist in biotechnology since the 1990s, Redmond has worked in both R&D and commercial areas of biotechnology. He has a comprehensive healthcare background in business, R&D, marketing, and technology with special expertise in creating strategies and operationalizing those approaches to generate sustained growth. Prior to Zarsy, Redmond was chief executive officer of WebMD, where he also served on the board of directors. During that time, he streamlined operations, reduced organizational costs and reinvested to position the company for growth.

“It is a great opportunity to be a part of the dynamic biomedical research taking place at Wistar,” said Redmond. “I look forward to working toward and being a part of the innovative discoveries in cancer biology, immunotherapy and infectious diseases taking place daily at The Wistar Institute.”

For more than 15 years, Redmond expanded broadly into healthcare and served in several executive leadership roles at Pfizer, including head of strategy. As part of Pfizer’s Executive Leadership team, while senior vice president and group president, he worked in areas including Animal Health, Consumer Healthcare, Nutritionals, and Capsugel. Previous to Pfizer’s acquiring Wyeth BioPharma, Redmond became Wyeth’s first executive vice president and general manager of Wyeth Biopharma. At the time, Wyeth was the world’s fourth largest global biotechnology company. He later served on Wyeth’s Executive Team and was president of Wyeth Consumer Healthcare.

Redmond serves on the board of the Arthritis Foundation and in 2012 he received The Johns Hopkins University Distinguished Alumnus Award.