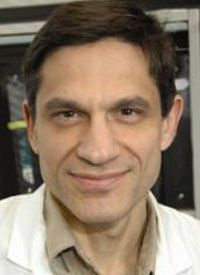 Moxetumomab pasudotox, a first-in-class recombinant immunotoxin targeting CD22, produced deep and durable responses in a substantial proportion of pretreated patients with relapsed/refractory hairy cell leukemia (HCL). In a pivotal multicenter, single-arm study, best overall response was a complete remission (CR) in 41% of patients and a CR with no minimal residual disease (MRD) in 34% by blinded independent central review.1 A durable CR was achieved in 30% of patients, said Robert J. Kreitman, MD, at the 2018 ASCO Annual Meeting.

“We believe that moxetumomab is a nonchemotherapeutic agent that has the potential to become a standard of care option for patients with relapsed/refractory HCL,” said Kreitman, chief, Clinical Immunotherapy Section, Laboratory of Molecular Biology, Center for Cancer Research, National Cancer Institute, Bethesda, Maryland.

HCL is a rare B-cell malignancy characterized by high CD22 expression. “Although first-line treatment offers durable response, relapsed/refractory HCL is not known to be curable and there remains an unmet need for new treatments,” he said. When moxetumomab binds to CD22 on the hairy cell and internalizes, it inhibits protein synthesis leading to an apoptotic cell death.

Eligible patients had confirmed HCL and at least 1 cytopenia or symptomatic splenomegaly, at least 2 prior systemic therapies including at least 2 courses of purine nucleoside analog (PNA) or 1 prior course of PNA followed by either rituximab or a BRAF inhibitor. The study was conducted at 34 centers in 14 countries (NCT01829711).

Patients received moxetumomab pasudotox, 40 µg/kg, intravenously on days 1, 3, and 5 of 28-day treatment cycles, up to 6 cycles, unless stopped early due to disease progression, the start of alternate therapy, unacceptable toxicity, or if MRD-negative CR was documented by flow cytometry before 6 cycles. Disease response and immunohistochemistry (IHC) MRD status were assessed by blinded independent central review.

A total of 80 patients were treated. Fifty (62.5%) patients completed 6 cycles, 12 (15%) discontinued early because they were MRD-negative CR in fewer than 6 cycles, and 12 discontinued because of an adverse event, 8 (10%) of which were treatment related. One patient died, 2 discontinued because of disease progression, and 3 because of lack of benefit. The median duration of follow-up was 16.7 months as of data cut-off of May 24, 2017. Median age of patients was 60 years, 79% were male, 4% had variant HCL, and 6% had prior splenectomy. “The median baseline hematologic parameters were all in the cytopenic ranges and the median hairy cell involvement in the bone marrow was high at 85%,” said Kreitman.

The median number of prior systemic therapies was 3, 88% had at least 2 prior courses of PNA, 75% had prior rituximab, and 18% had prior BRAF inhibitor.

The objective response (OR) rate was 75% (60 out of 80) and 80% (64 out of 80) achieved HR, with a median onset of 1.1 months. Twenty-four patients (30%) achieved a durable CR and 33 (41%) had a CR. Of the 9 patients who achieved a CR without a durable CR, 2 patients relapsed from HR during the 6-month follow-up period. In 5 patients, CR onset was later than end of treatment “so it wasn’t captured by the reviewer,” he said. In 2 patients, consent was withdrawn due to logistical reasons. Twenty-seven of the 33 CRs were MRD-negative. The investigator-assessed response rates were somewhat higher due to the timing of the CR and interpretation of the bone marrow biopsy results. The OR rate by investigator assessment was 79% (63 out of 80).

The median immunoglobulin levels remained unchanged after treatment and median CD4 T-cell counts were stable or increased following a transient decrease on day 8, “confirming the nonimmunosuppressive effect of this treatment,” said Kreitman. Leukemic cell infiltration in the bone marrow by H&E decreased in all responders and in patients with stable disease.

Treatment-related adverse events that occurred with a prevalence ≥20% were nausea (27.5%), peripheral edema (26.3%), headache (21.3%), and pyrexia (20.0%). The prevalence of any treatment-related grade-3/4 adverse event was 30.0%, and included capillary leak syndrome in 2.5%, hemolytic uremic syndrome in 5.0%, and lymphopenia in 7.5%. All events of capillary leak syndrome and hemolytic uremic syndrome resolved with supportive care and/or treatment discontinuation. Management of these adverse events included prophylactic oral hydration during the first week of each cycle and intravenous fluid supplementation on the day of infusion.