By studying olaparib-sensitive and -resistant cell lines, researchers were able to gather insights regarding PARP inhibitor treatment and resistance mechanisms, including the use of CDK inhibition as a potential means of overcoming PARP inhibitor resistance in prostate cancer. 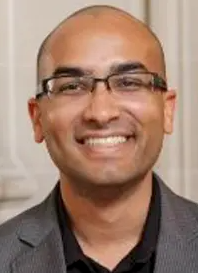 By studying olaparib (Lynparza)-sensitive and -resistant cell lines, researchers were able to gather insights regarding PARP inhibitor treatment and resistance mechanisms, including the use of CDK inhibition as a potential means of overcoming PARP inhibitor resistance in prostate cancer, according to findings that were presented during the 2021 AUA Annual Meeting.1

“PARP inhibitors represent the dawn of precision medicine in prostate cancer,” said Alan Lombard, PhD, of the University of California, Davis. “The PARP inhibitors olaparib and rucaparib (Rubraca) were both approved by the FDA [for prostate cancer] in 2020 and have been shown to be highly effective in biomarker selected patients. Several ongoing trials are exploring additional PARP inhibitors, various combinations, and varying disease stages.”

Despite all of this progress, Lombard said key questions about PARP inhibitors remain regarding how to optimize the use of these agents in prostate cancer. Specifically, he noted that the mechanism of action of PARP inhibition is not fully understood and, “Additionally the questions of how do PARP inhibitor–sensitive prostate tumor cells respond to treatment and what mechanisms will drive resistance to these drugs need to be addressed.”

For their study, Lombard and his coinvestigators sought to address these questions by modeling PARP inhibitor treatment and resistance in prostate cancer.

Through their modeling process, Lombard et al first determined that the LNCap and C4-2B cell lines are sensitive to olaparib, which they determined was likely due to a BRCA2 mutation. Next, through chronic olaparib exposure of these 2 cell lines, the investigators developed the olaparib-resistant cell lines LN-OlapR and 2B-OlapR.

“Cell growth assays demonstrated that both OlapR cell line models are robustly resistant to olaparib. We additionally found that both LN-OlapR and 2B-OlapR are cross-resistant to the additional PARP inhibitors rucaparib, niraparib, and talazoparib. Altogether, these results suggest that OlapR cells are models of pan–PARP inhibitor resistance,” said Lombard.

The investigators then conducted Western blot testing which provided insight on why OlapR cells are resistant to PARP inhibition. Specifically, the DNA double strand break marker gamma-H2AX demonstrated that olaparib induces DNA damage in the sensitive LNCap and C4-2B cells, but it does not induce this damage in OlapR cells.

Western blotting “for cleaved-PARP showed that olaparib leads to cell death in sensitive [LNCap and C4-2B] cells, but not resistant cells,” said Lombard. “Interestingly, we also observed that a significant proportion of treated sensitive [LNCap and C4-2B] cells appear to undergo cytostasis and exhibit a flattened morphology reminiscent of senescence. We did not observe this in OlapR cells.”

Lombard and coinvestigators also found through flow cytometry that treatment with olaparib activates the G2/M checkpoint and this leads to significant arrest of cell growth in the sensitive LNCap and C4-2B cells, but not in resistant OlapR cells.

“Taken together, these data suggest that OlapR cells override the G2/M checkpoint and may re-emerge from senescence during acquisition of resistance,” said Lombard.

The PARP inhibitor research also revealed that expression of the CDK inhibitor p21 was significantly augmented in LNCap and C4-2B cells but in OlapR cells, “thus providing a putative mechanism which may drive senescence,” noted Lombard.

The investigators examined the combined impact of olaparib and inhibition of p21 and discovered there was significantly reduced cellular viability, with increased DNA damage and cell death.

He added that, “Comparing gamma-H2AX levels in OlapR cells to respective sensitive cells indicates that resistant cells harbor increased levels of intrinsic DNA damage, which may suggest that resistance may depend on enhancing DNA repair activity to manage persistent stress.”

Prior research in the literature, along with their observations on the impact of CDK inhibition led the investigators to evaluate whether CDK1 inhibition could help reverse olaparib resistance and sensitize OlapR cells to the PARP inhibitor.

The investigators hypothesis was confirmed as the modeling showed that knockdown of CDK1 resulted in a higher incidence of DNA damage and cell death in both LN-OlapR and 2B-OlapR cells, and when combined with olaparib further reduced cellular viability.

“PARP inhibitor resistance can be overcome through CDK inhibition. Development of this strategy may enhance and/or prolong PARP inhibitor utility,” said Lombard. “CDK1 may be an attractive strategy for enhancing olaparib clinical efficacy.”