In treating patients with locally advanced non–small cell lung cancer, one must consider multiple factors when deciding whether to treat them with immunotherapy or a targeted approach, even though the optimal treatment sequence has yet to be definitively established. 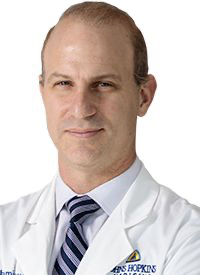 In treating patients with locally advanced non–small cell lung cancer (NSCLC), one must consider multiple factors when deciding whether to treat them with immunotherapy or a targeted approach, even though the optimal treatment sequence has yet to be definitively established, according to Benjamin P. Levy, MD.1

“Consolidation immunotherapy remains the standard of care for patients with locally advanced disease status post concurrent chemoradiation,” Levy, the clinical director of medical oncology at Johns Hopkins Sidney Kimmel Cancer Center at Sibley Memorial Hospital in Washington, DC, said during a presentation during the 17th Annual New York Lung Cancers Symposium® in New York, New York. “[However], consideration must be given to deliver genotype-directed therapies, at least for patients harboring ALK and EGFR [alterations], in this setting instead of immunotherapy.”

Levy cited the lackluster efficacy of immunotherapy in NSCLC for patients whose disease harbors genomic alterations. Retrospective data of patients with advanced NSCLC with at least 1 oncogenic driver alteration who received monotherapy with an immune checkpoint inhibitor suggested that patients with actionable tumor alterations should receive targeted therapies and chemotherapy before immunotherapy.2

A phase 2 trial (NCT02879994) illustrated some potential drawbacks with the PD-1 inhibitor pembrolizumab (Keytruda) for patients with NSCLC harboring genomic alterations. The trial enrolled patients with advanced NSCLC and a PD-L1 status of at least 1% positivity harboring an EGFR alteration who had not been treated with a TKI. Patients received pembrolizumab 200 mg every 3 weeks until disease progression or a total of 35 infusions. Following completion of pembrolizumab, patients moved on to treatment with an EGFR TKI.3

Similarly, a retrospective study evaluated 126 patients with EGFR-mutant NSCLC treated with PD-(L)1 blockade and EGFR TKIs, regardless of drug or sequence of administration. Six of these patients experienced a sever immune-related adverse effect (AE) after treatment with sequential PD-(L)1 blockade followed later by osimertinib (Tagrisso). Most of these patients with a severe immune-related AE (n = 4) experienced grade 3 pneumonitis, 3 of whom needed to be hospitalized.4

Other trials have evaluated an earlier use of targeted therapy in the localized setting. For example, in the phase 3 ADAURA trial (NCT02511106), investigators did not use immunotherapy but instead treated patients with the EGFR TKI osimertinib in patients with completely resected stage IB/III/IIIA NSCLC harboring an exon 19 deletion or L858R alteration. Patients were randomly assigned to receive osimertinib 80 mg daily (n = 339) or placebo daily (n = 343) until 3-year recurrence or discontinuation; adjuvant chemotherapy was allowed.

The primary end point was investigator-assessed disease-free survival (DFS) in those with stage II/IIIA disease. Secondary end points included DFS in the overall population, 2- and 3-year DFS rates, and safety.5

OS data were immature at the time of his presentation, Levy noted. However, a subgroup analysis of OS in patients with PD-L1 positivity of at least 1% and stage II to IIIA disease found that patients with an EGFR mutation performed better in terms of OS when treated with atezolizumab vs BSC (HR, 0.77; 95% CI, 0.22-2.67). The median follow-up in this analysis was 46 months.

Levy then focused on how clinicians can use the information currently available to best decide the treatment sequence of immunotherapy vs targeted agents in locally advanced NSCLC.

In the phase 3 PACIFIC trial (NCT02125461), investigators compared durvalumab (Imfinzi) with placebo in adult patients with unresectable, stage III NSCLC irrespective of PD-L1 status. Patients were randomly assigned 2:1 to received either durvalumab at 10 mg/kg every 2 weeks for up 12 months (n = 476) or placebo at the same dosing schedule (n = 237). The primary end points were PFS and OS.8

While Levy said that many questions remain in terms of defining the role of immunotherapy vs targeted therapy in this patient population, some trials are underway to answer them. The ongoing phase 3 LAURA trial (NCT03521154) is comparing osimertinib as maintenance therapy with placebo after definitive chemoradiation in patients with unresectable, EGFR-mutant stage III NSCLC. After chemoradiation, patients will be randomly assigned 2:1 to receive with osimertinib 80 mg daily or placebo until disease progression. The primary end point is PFS, and secondary end points include CNS PFS, OS, and safety.10

There are also ongoing clinical trials examining the role of ctDNA and minimal residual disease as prognostic biomarkers in the space, said Levy.

“Immunotherapy may actually be doing harm in these patients, given the importance of delivering targeted therapy if patients progress,” Levy said. “LAURA will hopefully clarify this role, at least in the EGFR space.”