Anthracyclines and taxanes remain a backbone in the early-stage setting of triple-negative breast cancer as further evaluations of immunotherapy in the neoadjuvant and adjuvant settings needs to be conducted—efforts that will continue to shape the treatment paradigm. 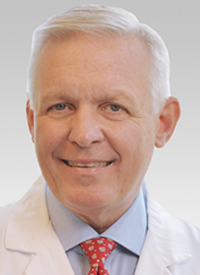 Anthracyclines and taxanes remain a backbone in the early-stage setting of triple-negative breast cancer (TNBC) as further evaluations of immunotherapy in the neoadjuvant and adjuvant settings needs to be conducted—efforts that will continue to shape the treatment paradigm, explained William J. Gradishar, MD, in a presentation during the NCCN 2021 Virtual Annual Conference.1

“In early-stage disease, anthracycline/taxane therapy—the sequence not so critical—remains foundational,” Gradishar said. “The addition of […] checkpoint inhibitors can increase the [pathologic complete response] rate, but the data in the adjuvant setting are still awaited. We need event-free survival to determine the overall impact.”

However, in the metastatic setting, immunotherapy has improved progression-free and overall survival (OS) in a subset of patients with TNBC, and the antibody-drug conjugates (ADCs) have provided another option for those who have progressed on prior treatment.

All these advances with evidence-backed data led to updates in the latest version of the National Comprehensive Cancer Network® Guidelines Version 2.2021 in Invasive Breast Cancer.

In the metastatic setting, the following regimens are noted as category 1 recommendations in HER2-negative metastatic breast cancer:

Sacituzumab govitecan (Trodelvy) is also considered a recommended regimen in recurrent or stage IV HER2-negative breast cancer. A number of chemotherapy regimens also remain as preferred options in the NCCN guidelines for use in the metastatic setting.

Gradishar homed in on the summary of neoadjuvant platinum-based therapy in TNBC, adding that carboplatin augments pathologic complete response (pCR) in TNBC. For example, when carboplatin was added to chemotherapy regimens for patients with TNBC in the GeparSixto, CALGB 40603, and BrighTNess studies, the pCR rates increased to 53.2%, 54%, 58% and 53% (both BrighTNess), respectively.2-4

However, there has been controversy with using platinum agents concomitantly with chemotherapy, which was seen in GeparSixto. Also, in CALGB 40603, the addition of carboplatin resulted in markedly higher toxicity, which led to significantly fewer patients (less than 65%) receiving 11 to 12 doses of paclitaxel vs the control group (more than 85%).

The guidelines state that, “Several studies have shown improved pCR rates with the incorporation of platinum. However, long-term outcomes remain unknown. The routine use of platinum agents as part of neoadjuvant therapy for TNBC is not recommended for most patients (including BRCA mutation carriers), but it may be considered in select patients, such as those for whom achieving better local control is necessary.”

Citing the updated guidelines, Gradishar noted that the inclusion of platinum agents in the neoadjuvant setting remains controversial.

“For most patients, this would not be viewed as standard, but it could be used in individual patients,” he added.

Capecitabine has also been noted in the guidelines as an option for patients with residual disease following neoadjuvant therapy. In the CREATE-X trial, which had 887 evaluable patients with stage I to IIIB, HER2-negative breast cancer, who did not have a pCR and/or were node positive after surgery and neoadjuvant chemotherapy, patients received capecitabine at 2500 mg/m2 daily on days 1 to 14, repeated every 3 weeks for 8 cycles, plus standard therapy or standard therapy alone.

“The use of capecitabine can be justified in such patients with residual triple-negative disease following preoperative therapy,” said Gradishar, citing the ongoing ECOG-ACRIN EA1131 (NCT02445391) and SWOG 1418 (NCT02954874) trials as efforts to evaluate adjuvant capecitabine in basal-like residual TNBC and adjuvant pembrolizumab (Keytruda) in TNBC, respectively.

Checkpoint blockade has been evaluated in both the neoadjuvant and metastatic settings. In his presentation, Gradishar focused on the IMpassion031 trial of neoadjuvant atezolizumab with nab-paclitaxel, which showed a pCR rate of 58% compared with 41% with chemotherapy alone (P = .0044).7

KEYNOTE-522, a phase 3 trial of pembrolizumab and carboplatin/paclitaxel vs carboplatin/paclitaxel and placebo in previously untreated patients with stage II or III TNBC, garnered attention in 2020 and 2021 this year. At an interim analysis with a median follow-up of 15.5 months, data showed that pembrolizumab improved event-free survival (EFS) over chemotherapy alone (HR, 0.63; 95% CI, 0.43-0.93).8

“pCR rates that go up are great, but does it translate into an improvement in EFS, and hopefully, downstream even further [with] overall survival?” asked Gradishar. “If you ask the question: Who are the patients who are gaining the greatest benefit? For the most part, [it is] in the patients with PD-L1–positive disease.”

Data from KEYNOTE-522 were further extrapolated at an FDA Oncology Drugs Advisory Board Meeting (ODAC) on February 8, 2021. Although the pembrolizumab arm did have an improved pCR rate versus placebo with neoadjuvant chemotherapy, the ODAC committee voted 10 to 0 against an approval of pembrolizumab in this setting, adding that a regulatory decision should be deferred until further data from KEYNOTE-522 become available.9

“The biggest reason is not because the pCR rate was questioned, but rather, the pCR rate over time, was actually starting to decrease,” Gradishar shared. “Most importantly, there were insufficient data at that point to say [whether this] affected EFS. This does not stick a dagger in the idea of checkpoint inhibitors preoperatively, but rather, it requires further follow-up to see whether the impact is going to have an outcome measure on the overall outcome of patients.”

The current role for immunotherapy in the metastatic setting of TNBC is based upon the IMpassion130, IMpassion131, and KEYNOTE-355 studies, Gradishar emphasized.

In the phase 3 IMpassion130 trial, atezolizumab plus nab-paclitaxel compared with nab-paclitaxel and placebo was evaluated in the first-line treatment of patients with metastatic or unresectable locally advanced TNBC (n = 902). Patients had to be treatment naïve in the metastatic setting and have an ECOG performance status of 0 or 1. The co-primary end points were progression-free survival (PFS) and OS in both the intent-to-treat (ITT) and PD-L1–positive population.

Similarly, in the phase 3 KEYNOTE-355 study, patients with previously untreated locally recurrent inoperable or metastatic TNBC, with no active central nervous system metastases or active autoimmune disease, were randomized 2:1 to receive pembrolizumab/chemotherapy or placebo/chemotherapy until disease progression or cessation of study treatment. Chemotherapy regimens consisted of nab-paclitaxel, paclitaxel, and gemcitabine and carboplatin.

“In this dataset, we don’t yet have a survival advantage that has been demonstrated or reported,” explained Gradishar. “We simply don’t have enough events yet to report OS.”

However, it was the double-blind, placebo-controlled, randomized, phase 3 IMpassion131 study that Gradishar coined as a “fly in the ointment.”

Some key reasons for the discordant results between this trial and IMpassion130, Gradishar noted, could be that IMpassion131 utilized corticosteroids, and also utilized paclitaxel vs nab-paclitaxel in IMpassion130.

Safety has also been an area of investigation with checkpoint blockade in metastatic TNBC, specially with organ-specific immune-related AEs, such as pneumonitis, pruritis, rash, anemia, and colitis, among others.

“If you look at severe or high-grade AEs, they are relatively uncommon and can be managed for most patients, but certainly as these agents go into the earlier-stage settings, these become more of an issue,” Gradishar noted.

The ADC sacituzumab govitecan was granted an accelerated approval in April 2020 for the treatment of adult patients with metastatic TNBC who have received at least 2 prior therapies for metastatic disease, based on phase 1/2 findings.14

Additional data presented at the 2020 San Antonio Breast Cancer Symposium showed that the benefit with sacituzumab govitecan is seen independent of the level of Trop-2 expression or BRCA status.16

“Sacituzumab govitecan is the newest kid on the block, and this is a drug that has utility in patients with triple-negative disease who have progressed through other therapies,” said Gradishar.

Two phase 3 trials in advanced breast cancer highlight the significance of PARP inhibition and therefore have had an impact on the latest guidelines: OympiAD and EMBRACA.

In OlympiAD, patients with germline BRCA-mutated, HER2-negative metastatic breast cancer, who had received at least 2 prior lines of chemotherapy, were randomized 2:1 to receive olaparib or physician’s choice of treatment. Olaparib was linked with a significant reduction in the risk of death in patients who received it as a frontline treatment versus chemotherapy (HR, 0.51; 95% CI, 0.29-0.90; P = .02), but not in those who had received prior chemotherapy (HR, 1.13; 95% CI, 0.79-1.64; P = NS).17

For patients who harbor both a BRCA1/2 mutation and have high PD-L1 expression, Gradishar suggested using a checkpoint inhibitor with chemotherapy first before going onto a PARP inhibitor.